Sir Mo Farah: The truth is I’m not who you think I am

The Olympic legend added he was glad he had been able to reveal his secret life of servitude after being smuggled from Somalia. 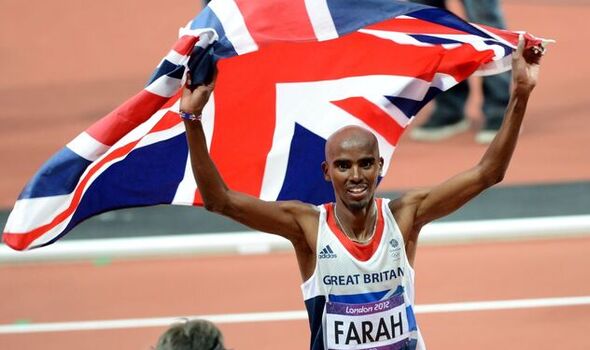 He revealed he was touched by the outpouring of public support after people heard he had to cook, clean and look after children for the woman to whom he was trafficked.

Sir Mo, 39, spoke as BBC One screened a documentary that catalogued his journey from eight-year-old refugee to global athletics star.

It described how his real name is Hussein Abdi Kahin, but he was given the now-famous name of another child by his traffickers.

Yesterday, he told Radio 4’s Today programme: “I’m just grateful for every chance I’ve got in Britain to embrace my country.

“It has taken me a long time to come to this, but I’m glad I’ve made this documentary to show people the reality of what really happened to me as a child.”

His wife Tania, mother of their four children, said making the documentary has been a “form of therapy” which gave Sir Mo “permission to feel those feelings of hurt and pain.”

The Real Mo Farah documentary shows how he was brought to Hounslow, in west London, after his father was killed in the Somalian civil war. He said: “Cook, clean, pick them up, change diapers – everything you can think of, I was doing it.”

His life was transformed when he discovered his running talent. He confided in his PE teacher Alan Watkinson, who called in social services. Sir Mo was moved to another Somali family and Alan helped him apply for British citizenship.

The Metropolitan Police said it was “assessing” Sir Mo’s trafficking claims. But the Home Office said it would take no action against the track star.