Follow
Home » Celebrities » ‘Munsters’ star Butch Patrick recalls hit '60s series: 'We were able to get away with a lot more'

‘Munsters’ star Butch Patrick recalls hit '60s series: 'We were able to get away with a lot more' 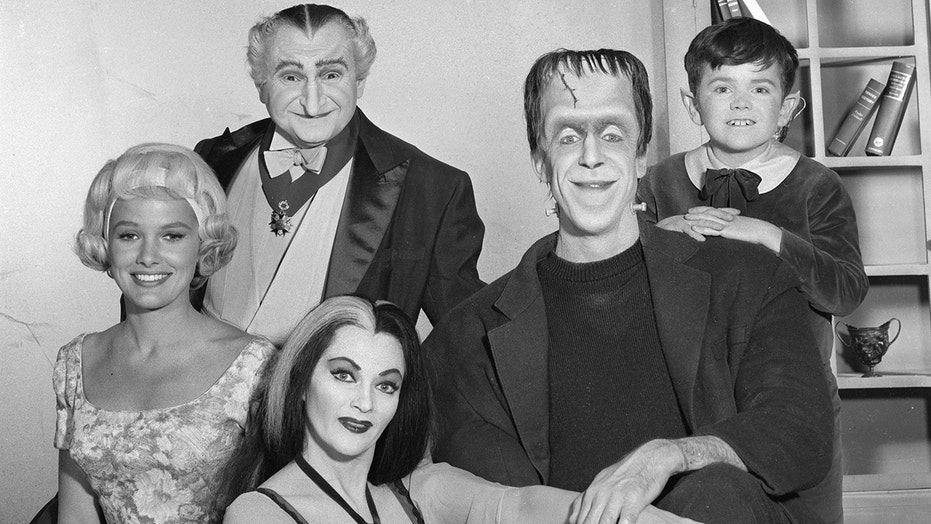 For Butch Patrick, revisiting the past isn’t so scary.

The actor famously played child werewolf Eddie Munster in the hit ‘60s sitcom “The Munsters,” which aired from 1964 to 1966. While the series only ran for two seasons, it left a lasting impression on many, including Kevin Burns, who amassed the world’s largest collection of “Munsters” props, memorabilia and merchandise over the years.

Before Burns died in 2020 at age 65, the Emmy-winning producer befriended Patrick, 68, who is determined to help keep his late pal’s legacy alive.

Heritage Auctions will be kicking off the “Monsters & Friends: Featuring the Kevin Burns Collection” auction from Nov. 4 to Nov. 7. It features hundreds of items, including Patrick’s iconic costume, Lily Munster’s dress and Grandpa’s electric chair, just to name a few. Patrick, who is hoping fellow fans will get a chance to snag a piece of TV history, supports the sale. 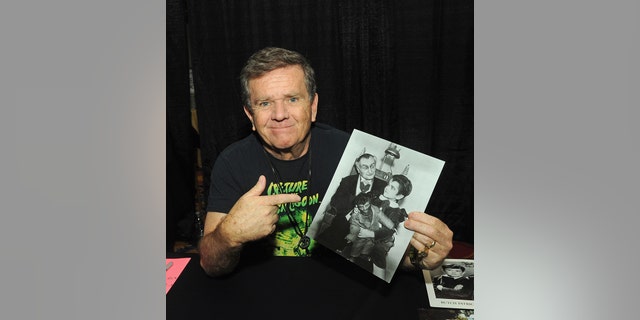 Butch Patrick has a YouTube channel titled ‘Koach to Koast’ where he shares his favorite memories from over the years.
(Bobby Bank/Getty Images)

Patrick spoke to Fox News about what it was like bringing “The Munsters” to life, what he thinks of Rob Zombie’s remake, as well as some of his favorite memories from the set.

Fox News: Are you surprised that “The Munsters” has had a cult-like following since it ended in 1966?
Butch Patrick: Honestly, it’s an amazing situation, one that rarely comes along. And in my lifetime, I get to experience that.

There was something magical about the show. People were enamored with it. It brought families together. People come up to me all the time and say, “You’re part of our family.” And you know, every year there’s a new generation of kids watching it with their parents and grandparents, and they continue to enjoy it. I’m just grateful to be a part of it all. 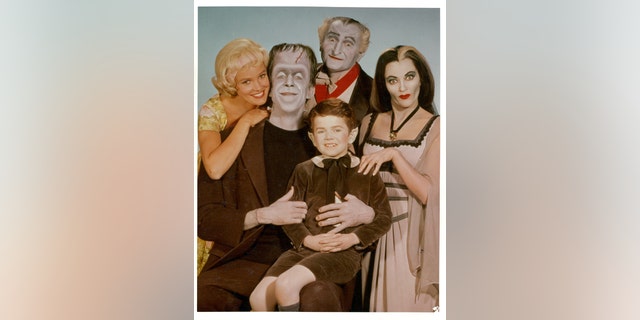 Pat Priest, Al Lewis and Butch Patrick along with Fred Gwynne and Yvonne De Carlo of the Munster family in a publicity photograph from the television series ‘The Munsters’, circa 1964.
(Photo by CBS/Getty Images)

Fox News: Looking back, what was your relationship like with the cast?
Patrick: It was a very good relationship. It was a wonderful experience. Everybody on the show was very kid-friendly. They all had children my age, luckily for me… I was also very professional and acted wisely beyond my years, which I think helped. But we all got along great.

Fox News: How did you get the role of Eddie Munster?
Patrick: They had cast another kid and another Lily Munster, who was known as Phoebe at the time. But the network wanted Yvonne De Carlo. And then they changed the name from Phoebe to Lily. So they replaced Joan Marshall, who had done the pilot as Phoebe, with Yvonne as Lily. Happy Derman, who was originally cast as Eddie, was also let go. Then, my agent got them to fly me in from Illinois where I was living at the time. I went directly from the airport to the studio where I got my screen test. And next thing you know, I had to report to work.

Fox News: Who did you bond with the most on set and why?
Patrick: Probably [makeup artist] Mike Westmore because he was the first guy you’d see in the morning. And, you know, I was very enamored with the whole makeup process. Plus he was a handsome young guy who was a bachelor and drove a Jaguar, so I looked up to him. But as far as the cast goes, I would say Al Lewis. 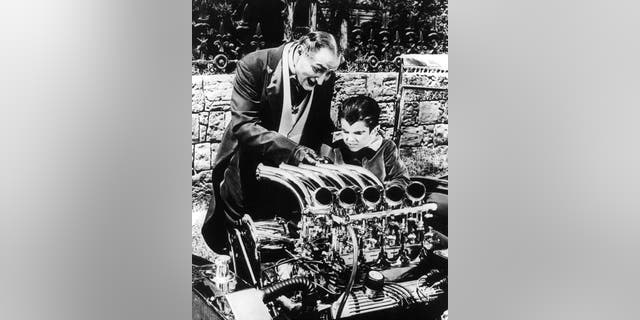 Al Lewis and Butch Patrick working on an engine together in a scene from the television series ‘The Munsters’, circa 1964.
(CBS/Getty Images)

Fox News: What’s your favorite memory from your time on set?
Patrick: It’s hard to say because something fun was always happening. On Monday morning we would read our scripts casually without makeup and I would just laugh because you could just envision how the episode was going to be. And it was always really funny when we had to act it out. Honestly, those are the memories that really stick out to me. And it was easy because we all bonded so well.

Fox News: Your character had heavy green makeup and shorts. What was that like for you?
Patrick: Well, I didn’t particularly care for the outfit. I don’t think any kid would *laughs*. But it grew on me. It was very easy to pick out your outfit for the day.

Fox News: What’s a fun fact about the show that would surprise fans today?
Patrick: I think people were never truly aware of how good at comedy Al Lewis and Fred Gwynne were behind the scenes. They truly worked as a team. They had amazing comedic timing that I would compare to Laurel and Hardy or Dean Martin and Jerry Lewis honestly. They were that good. And I think it showed. So I do think a lot of people would be surprised at how talented these guys were outside of makeup. 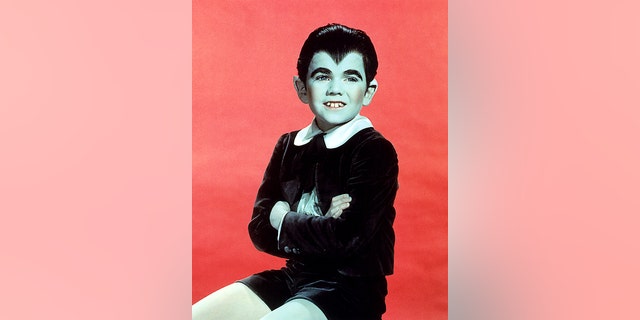 Fox News: How did you cope when the show ended?
Patrick: You know, that’s just how Hollywood is. You get a script, you do a series and get to work with a cast that becomes a family unit. You all work closely for some time. And then it’s over. Everybody goes back to their lives. An acting career is a really unique situation. It’s basically a series of temporary jobs and you get used to it.

You go in, do your job, and when it’s over, you move on to the next job. You get used to the fact that you’re not going to be together for very long. But I will say that in this set, there was a very believable family unit beyond the makeup and special effects because it was genuine. And I think that’s what made the show so successful.

Fox News: Did you stay in touch with any of your former castmates?
Patrick: Not immediately after. I was a 12-year-old kid and everybody went back to their adult lives. I went back to junior high school. But with time, I started seeing them at various conventions and meet-and-greets. That’s when I started staying in touch with them more. 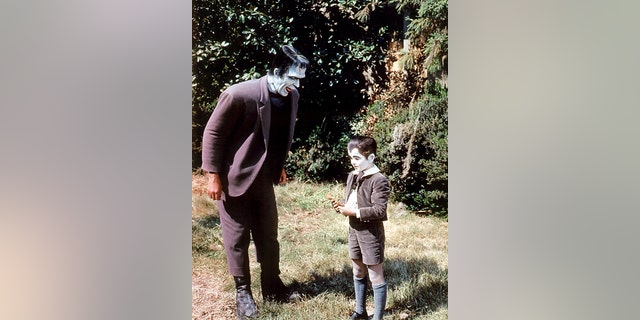 Fox News: When it comes to classic TV shows about families, you have “Leave It to Beaver” and “Father Knows Best,” just to name a few. Why do you think people resonated with “The Munsters,” a completely different kind of family?
Patrick: For starters, we had good talent. We also had good scripts. But people were also very entertained. It allowed us to do comedy that wouldn’t be as funny in a “Beaver” setting. We were able to get away with a lot more.

Fox News: When did you first realize that the series had developed a cult following?
Patrick: I knew something was happening when I kept seeing repeats on television. Then I started having people and their kids come up to me and say how much they love the show. And that hasn’t stopped.

Fox News: Why did “The Munsters” end?
Patrick: “Batman.” You also went from black and white to color. “Batman” had that. And by that point, Fred and Al were pretty much ready to go home. They were from New York. So the show had run its course. And remember, back in the day, shows had short runs. 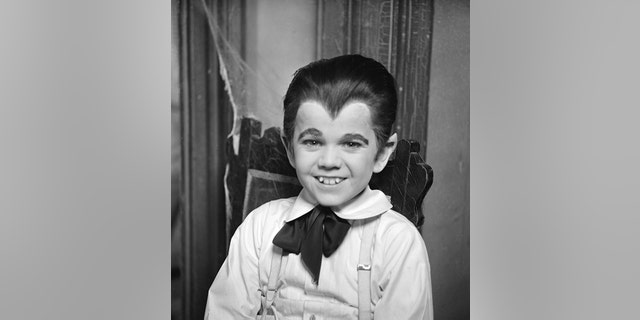 Butch Patrick said he never felt typecast as he grew up in Hollywood.
( CBS Photo Archive via Getty Images)

You wouldn’t try to drag things out and squeeze an extra year out of it. And I think it was actually better that way. A lot of shows ran towards three years in those days and became very successful. And then their time was up and everybody moved on to the next thing.

Fox News: Growing up, did you ever feel typecast?
Patrick: No, because I wasn’t going around in velvet shorts doing interviews *laughs*.

Fox News: Rob Zombie has a “Munsters” remake happening. How do you feel about that?
Patrick: I’m happy. I think Rob Zombie is the perfect guy for the job and he’s got a big fan base. He’s also a genuine fan of the show so I know people will love it. He’s an accomplished filmmaker and musician so it will be really interesting and exciting to see what he does. He also happens to be a personal friend so I’m just crossing my fingers and hoping for the best.