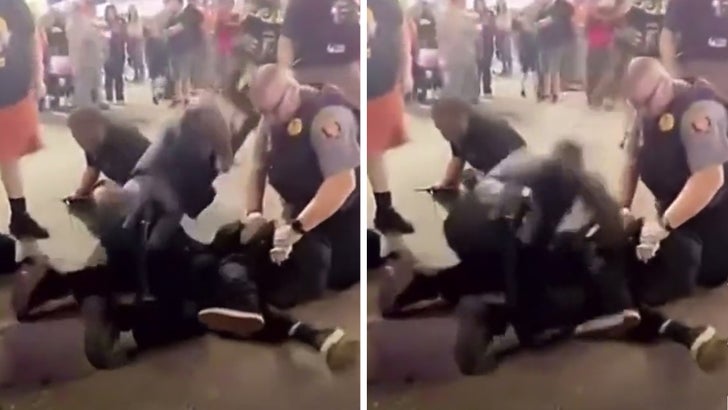 A police officer pummeled a 17-year-old boy and drove a knee into his neck while arresting him in Oklahoma over the weekend … and it was all caught on video.

Footage of Sunday’s “attack” shows the deputy and other officers trying to restrain the teen on the ground at the Tulsa State Fair. 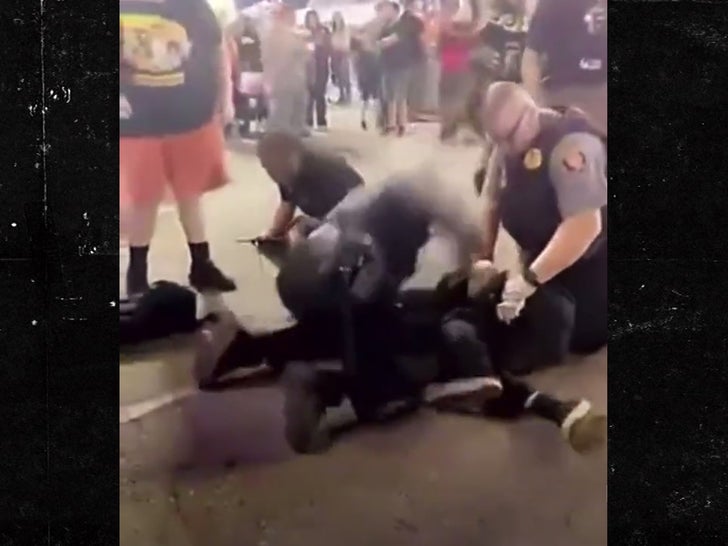 In one video, the cops are struggling to place the teen in handcuffs. At some point, the deputy slams his fist into the teen’s head. Then he pushes his knee hard into the boy’s neck as onlookers scream, “He’s a f—king kid, y’all!”

But it didn’t stop there. The deputy drags the teen — who has seemingly gone limp — across the asphalt with his face to the ground. The cops then cuff the boy. 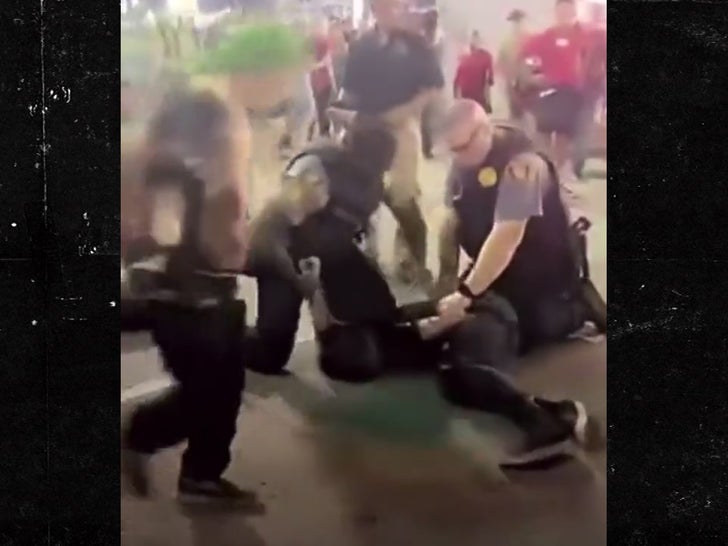 Another video shows the angry crowd begging officers, who are standing around, to do something. Several witnesses confronted one officer and gave him a tongue lashing.

They screamed, “What the f–k is the matter with you? Do something about this? You can’t just let him do this to this kid. He’s beating the shit out of this kid. You better hope that kid lives, man. You guys are fucking ridiculous. He’s barely conscious.” 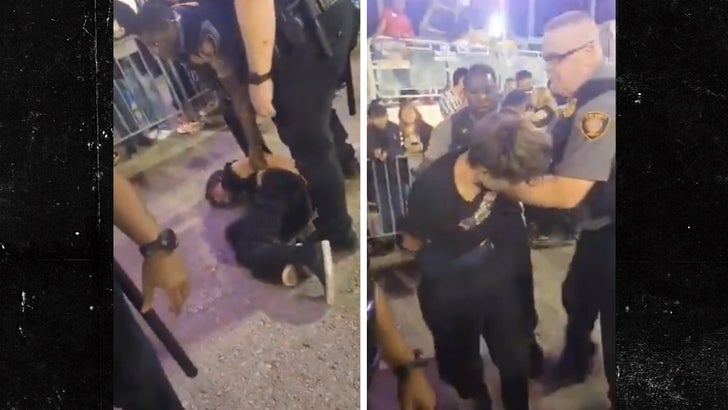 According to police, the teen was drunk and acting belligerent while waiting in line for a ride. Several people complained and police responded. The teen, who is white, began mouthing off and, according to cops, using racist language toward a black deputy. That’s when all the trouble began.

Tulsa County Sheriff’s Captain Mike Moore backed up the actions of his officers, reportedly saying “the deputies were required to use the force necessary” when the teen “continued to resist and continued to fight deputies.”

The Sheriff’s Office is now reviewing the matter.