Olivia Colman has recalled the moment she ’emptied her bladder’ on stage after getting an unfortunate case of the giggles.

The star, who is nominated for an Oscar in this weekend’s ceremony for The Father, told of a time when, starring opposite her Peep Show co-star David Mitchell, she wet herself from laughing so much.

Adding it was already out in the public after David wrote about it for a book, Olivia said to Rufus Norris, co-director of the National Theatre for its Life In Stages YouTube series: ‘It was his fault…’

When asked whether the audience was aware of her urine slinking its way towards the crowd, Olivia said: ‘Yeah!’ as she re-enacted the audience trying to evade her flow.

Rufus remarked: ‘They’d be collecting it now, selling it on eBay.’ 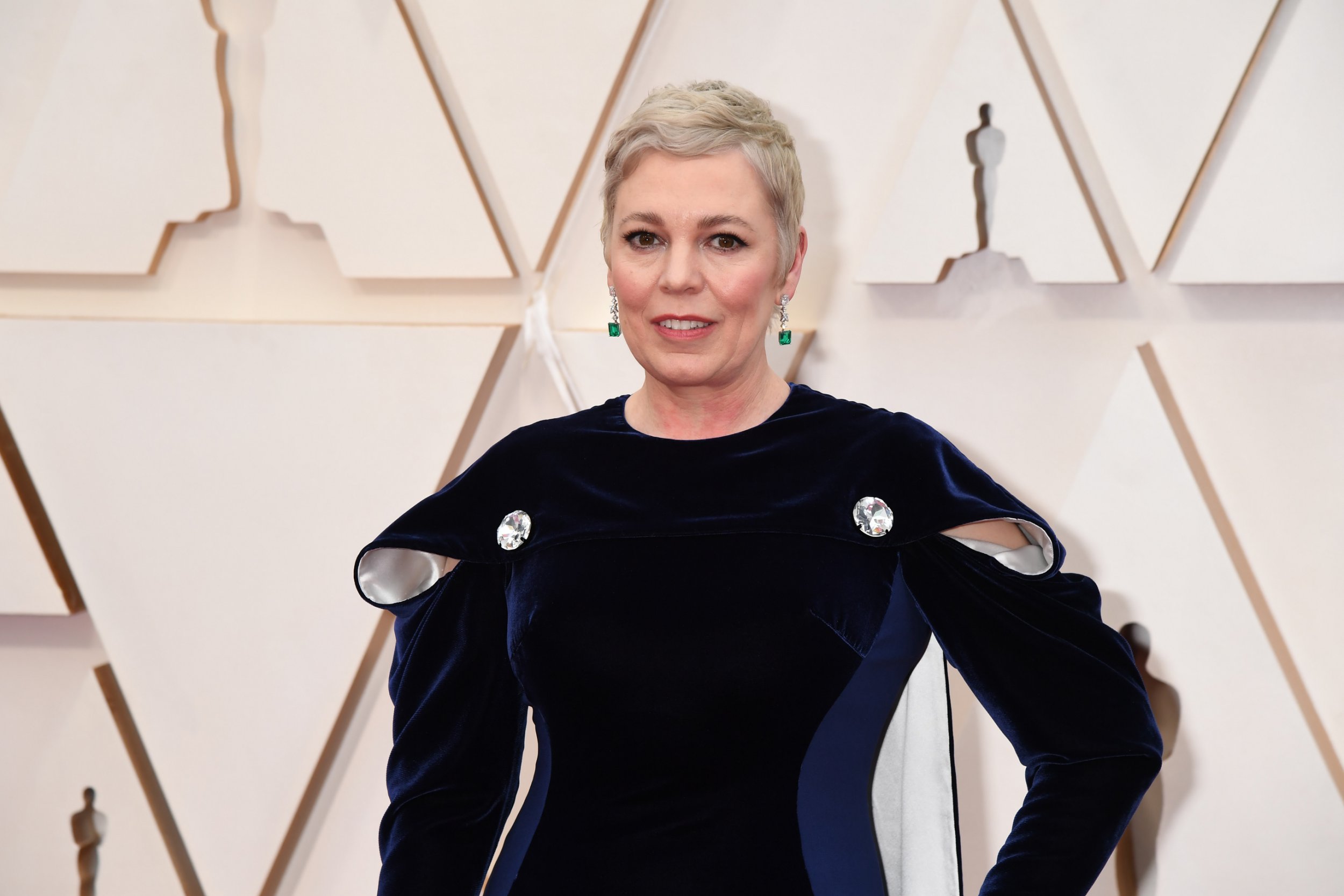 Saying that it continued to be a fear in the back of her head that she could laugh so much she’d wee on stage, Olivia opened up on her stage-fright and how it became so bad she sought hypnotherapy.

The Favourite star – which earned her an Oscars nod for best actress in 2019 – said that as she found more fame it exacerbated her problem, due to the ‘disappointment’ fans may feel if she does not meet their expectations.

Olivia last performed in 2017 in Mosquitoes at the National Theatre and said she went for hypnotherapy to help her stop being ‘petrified’ of the stage.

She explained: ‘I worry that as I get older and slightly more recognisable, the fear … that all these people will watch when you f**k it up and say: “We went to see that person we have seen on the telly – not that good on stage”.

She said she had hypnotherapy to learn the tools ‘to stop being quite so petrified’.

Asked by Rufus how the fear manifests itself, she said before going on stage she would think, ‘I f***ing hate this job, I f***ing hate myself and I’m going to vomit or wee’.

She added: ‘It’s an awful feeling.’

During the chat, Olivia also recalled her Oscar win in 2019 – with her speech becoming one of the more iconic and entertaining in Academy Awards history – describing it as a ‘pretty big pinch me moment’.

However she said she wished she could remember more of the biggest night of her career.

She described it as ‘such a head f**k’ and revealed the statuette – or, rather, ‘the little gold man’ – is ‘sitting in a cupboard’ because she feels embarrassed.

However, she joked when no-one is looking she sneaks a glimpse at the award which just feels like peak Olivia Colman.

The actress – whose TV credits also include Fleabag and The Crown – also discussed how her increasingly high profile affects her day-to-day life.

She said. ‘I’m not good with people knowing me and me not knowing them. It is not equal. It is an unfortunate downside to the job I love.’

Olivia, who has been married to Ed Sinclair since 2001 and has three children, added fans have filmed her eating lunch outside, noting she doesn’t really understand ‘how people don’t register that you are a normal person’.

In turn she does her best to avoid social media and has regretted the occasions she has seen things posted online about her.