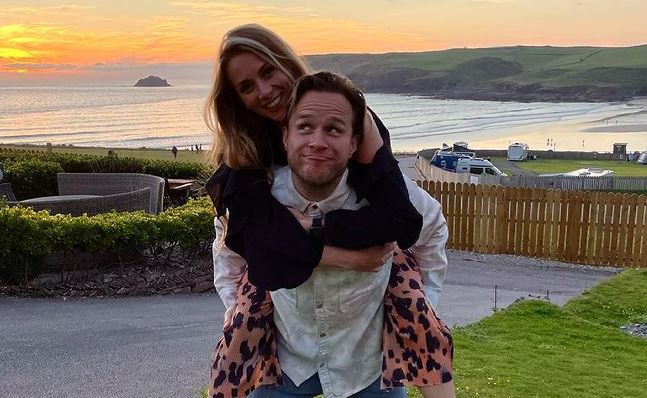 Olly Murs has called out online trolls who make nasty comments on social media about his girlfriend Amelia Tank.

The Heart Skips A Beat singer revealed Amelia gets called ‘too manly’ by strangers online because she is a champion bodybuilder.

He was every inch the proud boyfriend last month as he cheered her on at the Pure Bikini competition in Margate, where she picked up first prize.

Olly is sad that getting nasty messages on social media comes with the territory of being in the public eye, but he is always ready to defend Amelia, who has been bodybuilding for four years, against people he says are clearly jealous of how she looks.

Speaking to The Sun he said: ‘Unfortunately, the world we live in means people have a platform to say nasty things.

‘There must be an insecurity in them – they decide to be nasty because they know that they can never get a body like that.

‘But anyone looking at her photos and saying she looks too manly, I mean, what are they even ­seeing?’

However the positive comments and support she gets far outweigh the bad.

‘For me, Amelia looks incredible and what I see when she walks into the gym is loads of admiration and people coming up to her giving her compliments,’ Olly added.

‘I get so many people saying, “Oh my God, your girlfriend looks amazing”.’

Olly, who has been dating Amelia since 2019, melted hearts with his vocal support of his girlfriend while watching her compete, saying on Instagram he was ‘proud’ of her for winning the trophy.

Posing next to the trophy and a beaming Amelia wearing a tiara, Olly said: ‘And Still…. undefeated-champ 🏆😭🙌🏻👏🏻 6 months work, show postponed, lockdown to deal with and she went and bloody did it! Lost for words!

‘Proud of ya darlin x now let’s eat a McDonalds on the way home to celebrate…my treat.’

The pair moved in together at the start of lockdown and have been keeping their online followers entertained with their pranks on each other.