Sun’s out, and Orlando Bloom’s buns are out. The ‘Carnival Row’ star ditched his swimsuit for a dip, and he gave a very cheeky shout-out to Katy Perry while drying off.

Cue Bo Burnham’s “All Eyes On Me” (“Don’t be scared, don’t be shy / Come on in, the water’s fine”) because all eyes were on Orlando Bloom on Sunday. The 44-year-old actor enjoyed a swim in an undisclosed location, and he did so without any trunks on. In the first two slides of the Instagram Gallery that he posted on Aug. 15, Orlando is up to his well-toned chest in water, splashing around what appears to be a secluded lake while the sun’s shining. But – and indeed, there is a ‘but’ – things turn “cheeky” in slide No. 3 when a totally nude Orlando essentially moons the camera.

Through the help of a well-placed peach emoji, Orlando avoided getting flagged by Instagram, but the real “cheekiness” comes in who – and where – he tagged in the photo. Orlando decided to shout out Katy Perry, presumably the one who took the photo, by tagging her right on his peach. Perhaps that would explain the thumbs up Orlando gave in the photo or the bright smile he shared on the fourth and final slide.

“Who knew he had the BACKSTROKE toooooo!!!” commented makeup artist Michael Anthony. At the same time, actor Josh Brolin threw up five “metal horns” emojis. “peachy,” commented Roma Downey. Helena Christensen commented about “that family on the other side” of the lake, adding the wide-eye emoji. Most of the other comments were fire emojis, heart emojis, and – of course – peach emojis. “lol here he goes again,” one person wrote, perhaps referencing that one time in 2016 when a naked Orlando took a fully-clothed Katy for a paddleboard ride during a European vacation. 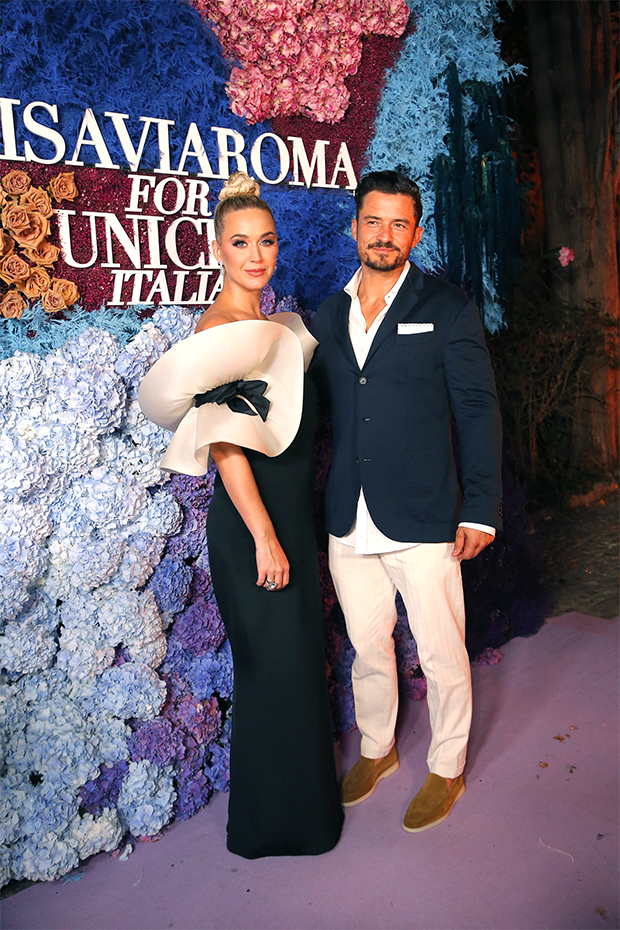 “Well, it was Europe,” said Katy during a 2020 appearance on The Howard Stern Show. “And honestly, we had had a pretty chill time for a week, and everywhere we looked, it was like everybody’s naked, it’s Europe, it’s Italy. And I think he wanted to fit in with the locals, and it was the end of the trip.” Katy said that Orlando “tried to get me to” go nude, but she opted not to. “I mean, I would have never like set him up, if I had a real thought, but in the back of my mind … I am Jim Carrey in The Truman Show a little bit, so I thought maybe there would be a chance. I would say I’m a little more of the pragmatic in the partnership.”

Flagged, Katy Perry, Orlando B
You may also like: