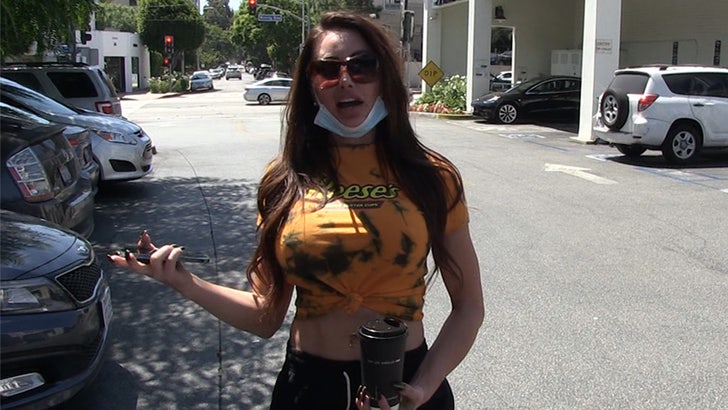 Oscar De La Hoya‘s GF, Holly Sonders, says she ain’t gettin’ any … at least not until her man’s scrap with MMA legend Vitor Belfort on September 11.

TMZ Sports ran into Sonders — who’s been dating 48-year-old Oscar for a few months — in Beverly Hills on Friday … and we hit her with the most critical question? 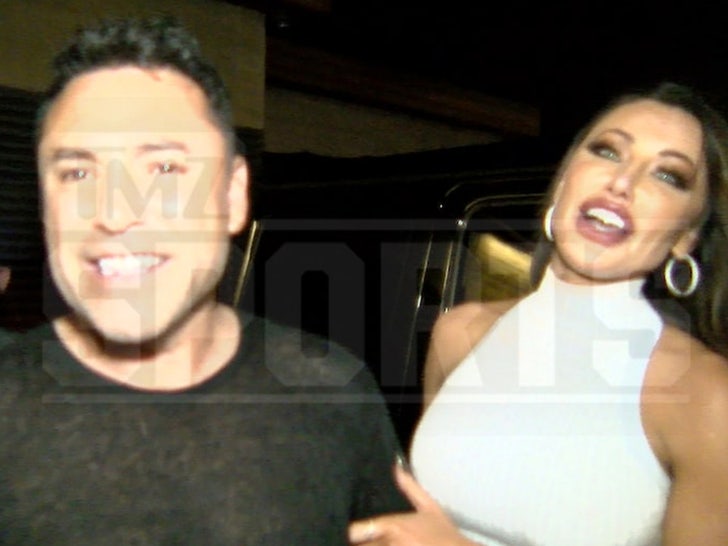 Sex or nah before the fight?

“We are very disciplined, I will say that,” Sonders tells us … “More than anybody probably ever thought we could be.”

And, boot knockin’ ain’t the only vice the couples cut out … Holly says they’re temporarily sworn off booze, too!

Of course, myth or not, it’s long been said that sex before a fight lowers testosterone … and therefore negatively affects performance in the ring.

And, Oscar wants to be in peak condition … ’cause he hasn’t fought in over a decade.

In fact, ODLH’s last time in the ring as a boxer was a loss against Manny Pacquiao in 2008.

But, Sonders tells us De La Hoya literally looks better than ever.

“Oscar looks as good or better as he did in his prime prime.”

Only 15 days until the fight with 44-year-old Belfort.

Hang in there, guys … and remember, in the words of Rocky’s legendary trainer, Mickey, “Women weaken legs!”