Piers Morgan has claimed that Meghan Markle’s new interview is going to be filled with “deluded self-serving bilge”. The Good Morning Britain host shared his thoughts on Twitter today, following the release of a new trailer for the Duchess’ Oprah Winfrey interview with Prince Harry.

“Ms Markle thinks she’s in a movie,” the presenter wrote online this morning about the former Suits actress.

“This interview is going to be Oscar-winning deluded self-serving bilge,” he went on to add in view of his 7.7 million followers.

He included a clip of the CBS programme with his tweet followed by a puking emoji.

The footage showed Meghan telling the host that she wasn’t afraid of speaking her truth. 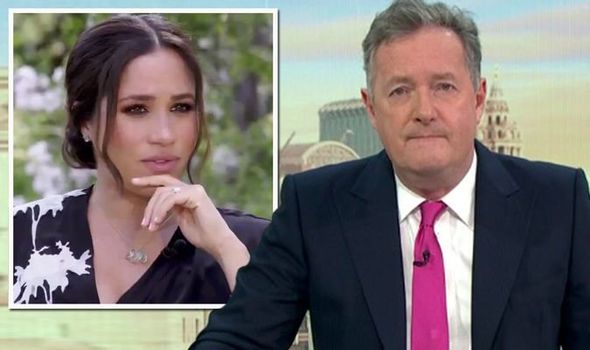 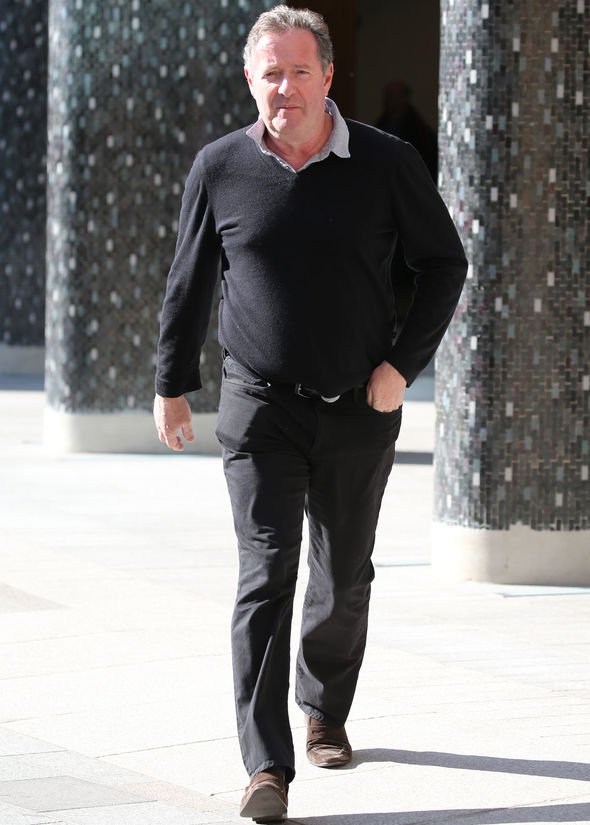 She said she could not be expected to stay silent if the Royal Family, who she referred to as “The Firm” were “perpetuating falsehoods”.

In the video, Oprah asks her: “How do you feel about the palace hearing you speak your truth today?”

Meghan replied: “I don’t know how they could expect that after all of this time we would still just be silent if there is an active role that The Firm is playing in perpetuating falsehoods about us.

“And, if that comes with the risk of losing things, I mean… there is a lot that has been lost already.” 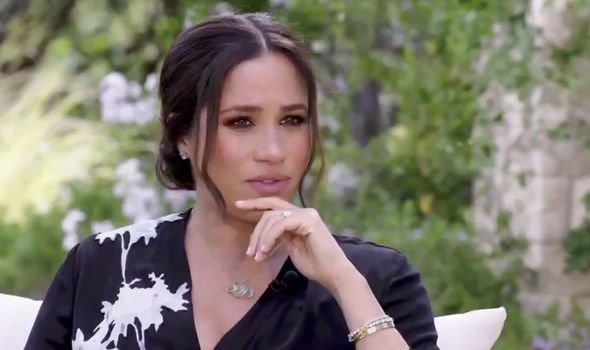 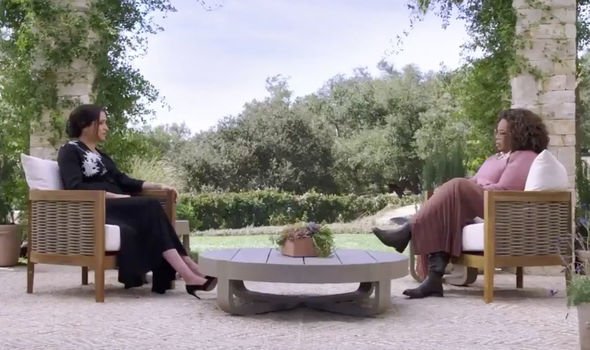 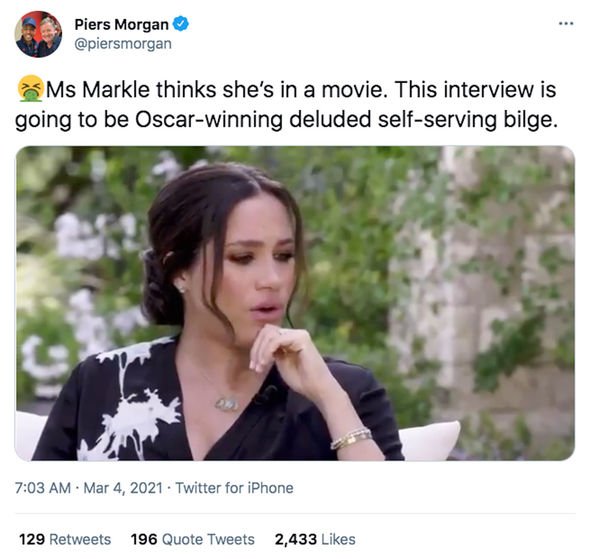 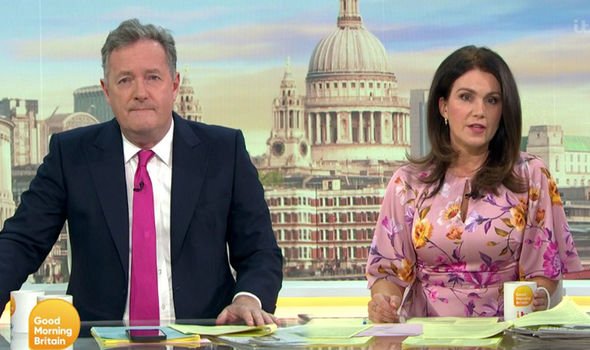 Last month, when the Queen confirmed that the Duke and Duchess of Sussex would not be returning as working royals, Piers called for them to give up their titles.

He shared a tweet online which announced the news: “Prince Harry and Meghan Markle confirm to the Queen they will NOT be returning as working royals.”

Sharing his thoughts, he added: “Presumably they will be giving up their Duke and Duchess royal titles too?”

The couple were given their titles following their wedding in May 2018.

A statement from the palace said that “all are saddened by the decision”.

It read: “The Duke and Duchess of Sussex have confirmed to Her Majesty The Queen that they will not be returning as working members of The Royal Family.

“Following conversations with The Duke, The Queen has written confirming that in stepping away from the work of The Royal Family it is not possible to continue with the responsibilities and duties that come with a life of public service.

“The honorary military appointments and Royal patronages held by The Duke and Duchess will therefore be returned to Her Majesty, before being redistributed among working members of The Royal Family.

“While all are saddened by their decision, The Duke and Duchess remain much loved members of the family,” it added.

Almost immediately after the statement from Buckingham Palace was shared, the couple released their own statement via a spokesperson.

“As evidenced by their work over the past year, the Duke and Duchess of Sussex remain committed to their duty and service to the UK and around the world, and have offered their continued support to the organisations they have represented regardless of official role.”

“We can all live a life of service. Service is universal,” it continued.

Oprah with Meghan and Harry will air on ITV on Monday at 9pm on March 8.

On Color — and Colorism — In Thailand