Jennifer Lawrence shows off her growing baby bump in a sweet PDA moment with husband Cooke Maroney while out and about in NYC.

A pregnant Jennifer Lawrence was positively glowing while smooching her husband Cooke Maroney in New York City on Friday, October 8. The couple affectionately held onto each other as they waited outside of a Manhattan restaurant. Jennifer showed off her ever-growing baby bump in a casual white tank top paired with black leggings and a layered set of necklaces for an ultra-chic laid back look. Cooke, ever the stylish art gallerist, looked picture-perfect as he seemingly matched JLaw’s outfit in a white t-shirt and dark pants ensemble. We know – our hearts are melting too! 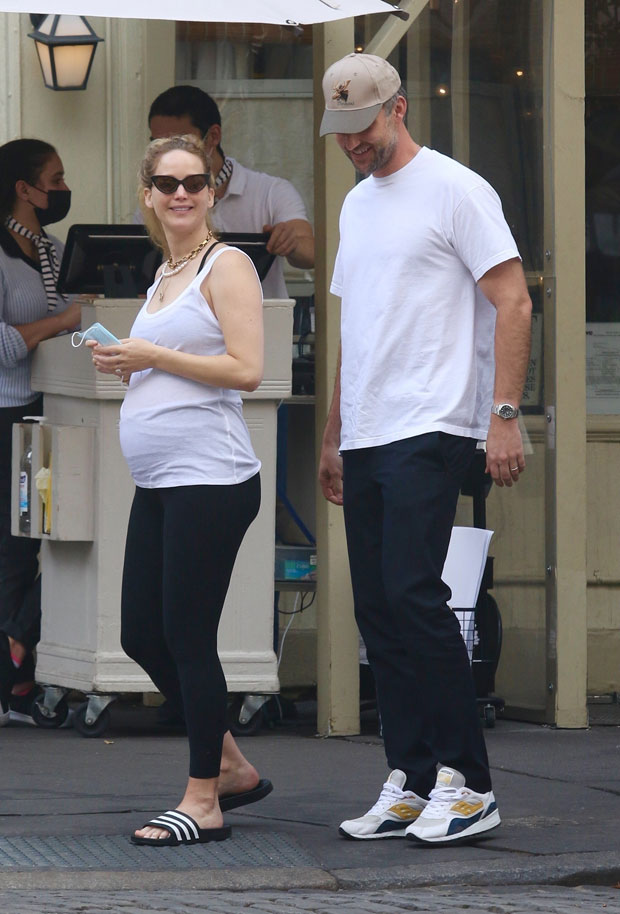 The 31-year old Oscar-winning actress has been quite active while bouncing around New York City lately. On Saturday October 2, the Silver Linings Playbook star took to the streets with gal pal Amy Schumer for the fifth annual Women’s March to fight for women’s reproductive rights and denounce the recently passed near-total abortion ban in Texas. For a woman who’s a few months pregnant, taking the time to march for the rights of women around the country is pretty impressive. Just saying!

Cooke, 37, and Jennifer have been together since 2018. The happy couple got engaged the following year and married in a quaint Rhode Island ceremony on October 19, 2019. (Happy early anniversary guys!) Their wedding was no less than a star-studded affair including guests like, Kris Jenner, Amy Schumer, Emma Stone and Mary-Kate Olsen. And clearly Jennifer and Cooke are thriving. It seems like every time they’re spotted out together, they look happier than ever, usually with Jen grinning from ear-to-ear that she found her person. 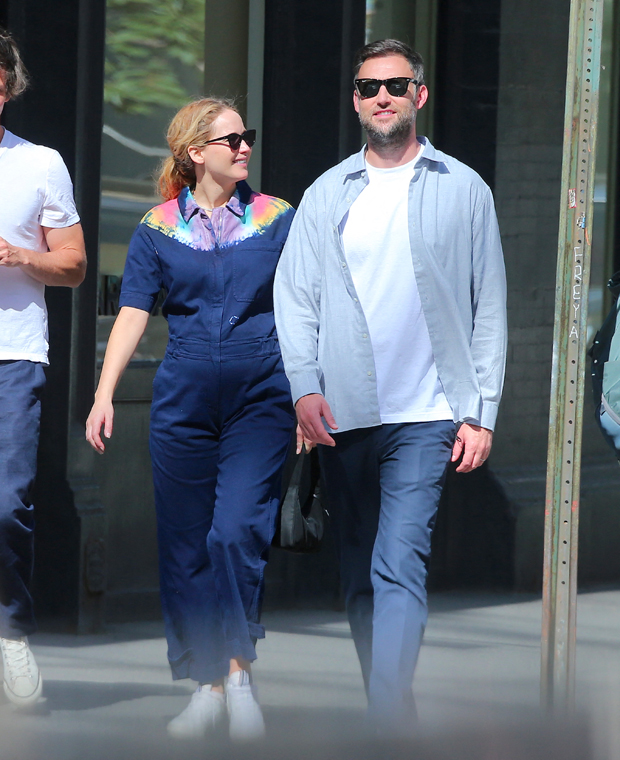 The actress has taken time off from acting in recent years to focus on just living her life. Jen’s last movie was 2018’s Dark Phoenix opposite Game of Thrones star Sophie Turner. Before that she was in the Russian spy thriller Red Sparrow. As for her latest projects, JLaw is set to star in new films Don’t Look Up opposite Leonardo DiCaprio, which is set to be released sometime in 2021, as well as American drama Red, White & Water, which has yet to nab a release date. Looks like we’ll be getting another dose of JLaw on the big screen soon – and we can’t wait!