Prince Andrew’s relationship with the late Jeffrey Epstein — not to mention the sexual assault allegations against the prince himself — did not put him in the best light with the royal family. In fact, Prince Charles reportedly has some thoughts on his brother’s future.

Andrew, who ran in the same circle as Epstein — a convicted sex offender and alleged sex trafficker who died in prison — said he was “stepping back” from royal duties after his bombshell interview with BBC in 2019, in which he discussed his relationship with Epstein and denied the sexual assault accusations made by Virginia Roberts Giuffre. Giuffre claimed she was “forced” into sex with Andrew from 1999-2002 — as a minor — in London, New York, and on Epstein’s private island, People noted. In the interview, Andrew also addressed a photo where his arm seems to be around Giuffre’s waist. (She would have been approximately 17 at the time, per People). But he claimed in the interview that he has never met Giuffre and their encounters never occurred.

And now, Andrew is dealing with more “sexual abuse allegations” stemming from his relationship with the late Jeffrey Epstein, per People. In fact, on August 9, Giuffre filed a lawsuit against Andrew. ” … I was trafficked to him and sexually abused by him,” her statement read (via People). “I am holding Prince Andrew accountable for what he did to me. The powerful and rich are not exempt from being held responsible for their actions.”

Given the mounting accusations, will Andrew ever return to royal life?

Prince Andrew's future in the royal family is doubtful 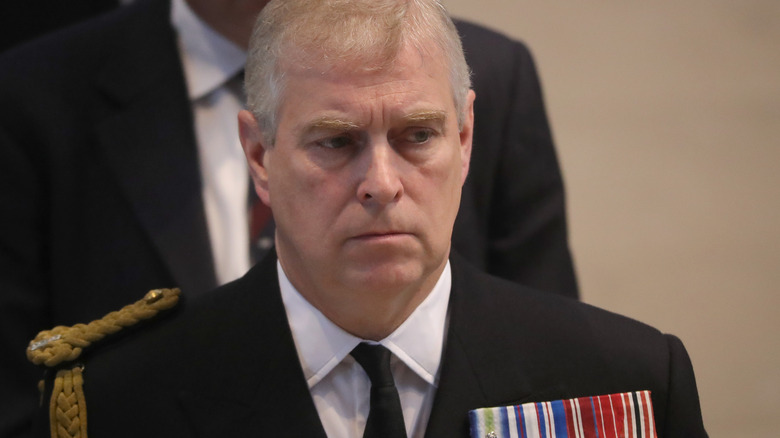 Prince Charles reportedly does not think his brother Prince Andrew has the best chance of returning to the royal family, according to People.

The sexual assault allegations have destroyed Andrew’s reputation both in general and within the royal family, and the new lawsuit only cements this fact. “This will be unwelcome reputational damage to the institution of the monarchy,” a source told the Times of London (via People) on August 12. And while the source claimed that Charles “loves his brother and has the ability to have sympathy for the slings and arrows that his brother endures,” he cannot stand by him during the allegations of sexual assault. In fact, the insider noted that Charles “long ago concluded that it is probably an unsolvable problem.” The source went on to say that “this will probably further strengthen in the prince’s mind that a way back for the duke is demonstrably not possible, because the specter of this [accusation] raises its head with hideous regularity.”

Scotland Yard will review her claims against Andrew for the third time. As official Cressida Dick told LBC, “No one is above the law.”