It’s here! A teaser trailer for Prince Harry and Meghan Markle‘s new Netflix documentary has been released – and it’s causing quite a stir.

Titled Harry & Meghan, the 1.12 minute-video includes candid photos of the couple, from sweet selfies to a previously unseen pregnancy photo of Meghan.

A question is posed at the start of the trailer, with the couple asked why they are making the six-episode documentary.

Following a montage of images, Prince Harry can then be heard saying: “No one sees what’s happening behind closed doors. I had to do everything I could to protect my family.”

Images showing the Sussexes with Prince William and Princess Kate are also included – suggesting that the rumoured ‘feud’ within the royal family will also feature. 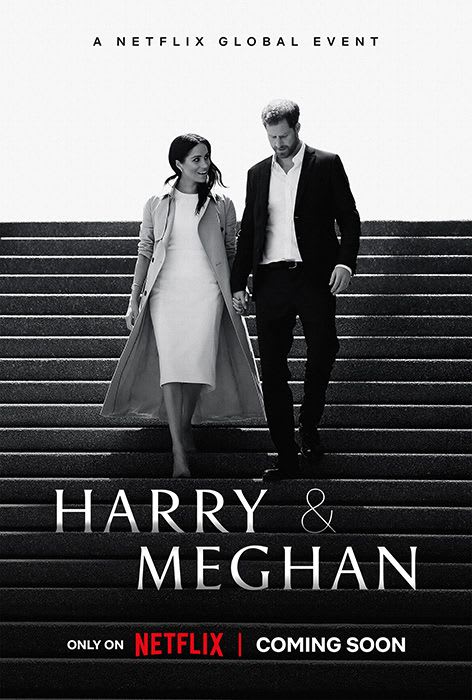 The poster for the couple’s upcoming series

At the very end, Meghan can be heard saying, “When the stakes are this high, doesn’t it make more sense to hear our story from us?”

TOUR: See where Meghan Markle lived before she was royal

A release date has not yet been confirmed, with a banner simply stating that Harry & Meghan will be airing ‘soon’. 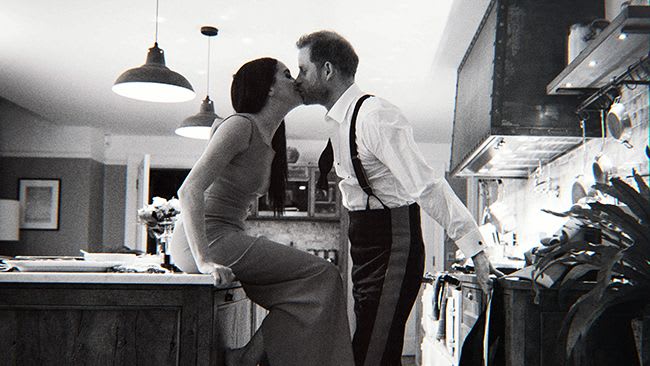 The teaser includes candid moments between the couple

The eye-opening documentary – originally titled Chapters – focuses on Meghan and Harry’s enduring love story. The couple signed their multi-year $100million deal with the hugely popular streaming service giant back in 2020.

At the time, Meghan and Harry said: “Our focus will be on creating content that informs but also gives hope. As new parents, making inspirational family programming is also important to us. [Netflix’s] unprecedented reach will help us share impactful content that unlocks action.”

Harry and Meghan’s romance will come under the spotlight

And in a recent interview with Variety magazine, the Duchess said: “It’s nice to be able to trust someone with our story – a seasoned director whose work I’ve long admired – even if it means it may not be the way we would have told it. But that’s not why we’re telling it. We’re trusting our story to someone else, and that means it will go through their lens.”