Prince Harrys Old Friends Have A Warning For Him

Prince Harry appears to be living his best life in California. He has a wife, two healthy children, and he’s no longer living his life as a senior member of the royal family, making him feel a bit more free, if you will. The Duke of Sussex is also on his own financially — his father cut him off from funding in the summer of 2020, according to Vanity Fair — so he’s been wheeling and dealing, inking contracts and whatnot, to ensure that he can provide for his family. Aside from Harry and Meghan’s lucrative deals with Spotify and Netflix, they have also entered into a deal with Random House publishers, according to Page Six.

The first part of that deal will come by way of Harry’s very first memoir. The duke announced the book, which is slated for release in late 2022, on the Archewell website on July 19. Since then, the media has been having an absolute field day, questioning what, exactly, Harry is going to write in his memoir, and how, exactly, the royal family feels about the news. And while everyone is busy thinking about how Harry might burn the royal family next, his old college and army friends reportedly have a message for him, according to the Daily Mail. Keep reading to find out more. 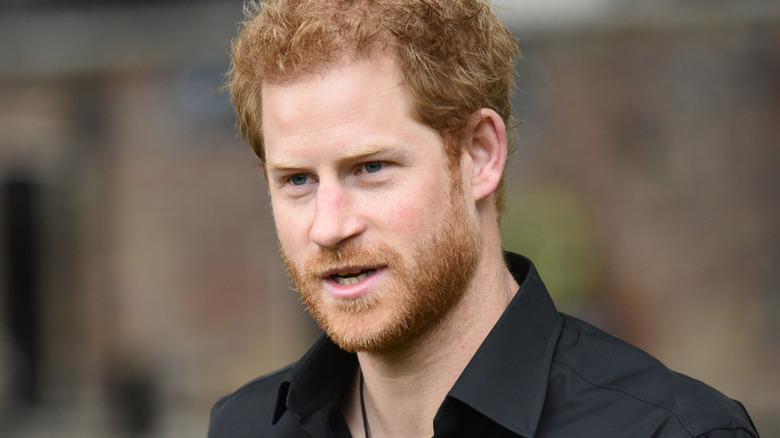 Prince Harry’s memoir is apparently posing concerns for more than just the royal family. According to the Daily Mail, Harry’s old friends don’t want him spilling any of their secrets in his new memoir — and they’ve reportedly said that they will reveal secrets about Harry if he does. “It feels very hypocritical given Harry chucked people out of his friendship group for talking to the press. There is a fear that he’s going to reveal details of his hedonistic youth which some worry will play havoc with their careers and personal lives,” one of Harry’s old friends told the outlet. “Harry’s mates have remained loyal to him… so far,” added another, suggesting that turnabout would be fair play.

Although the Duke of Sussex hasn’t confirmed what he will share in his book, Random House revealed that his life in the military will be covered. “His intimate and heartfelt memoir will cover his lifetime in the public eye from childhood to the present day, including his dedication to service,” the statement on the Archewell website reads. “If Harry slams any of his old school and military buddies in his new book they have pledged to break ranks to tell their story,” a source told the Daily Mail, adding that some of Harry’s old friends have sent him emails, but Harry hasn’t answered, so they are a bit nervous that their experiences with the duke are going to be discussed in his tell-all.