Priyanka Chopra and Nick Jonas don’t hesitate to show some affection in front of red-carpet cameras.

The couple attended yesterday’s British Academy Film Awards, better known as the BAFTAs, at London’s Royal Albert Hall after a year of minimal public appearances due to the COVID-19 pandemic. There, Jonas cozied up to his wife and even gave her a peck on the cheek. 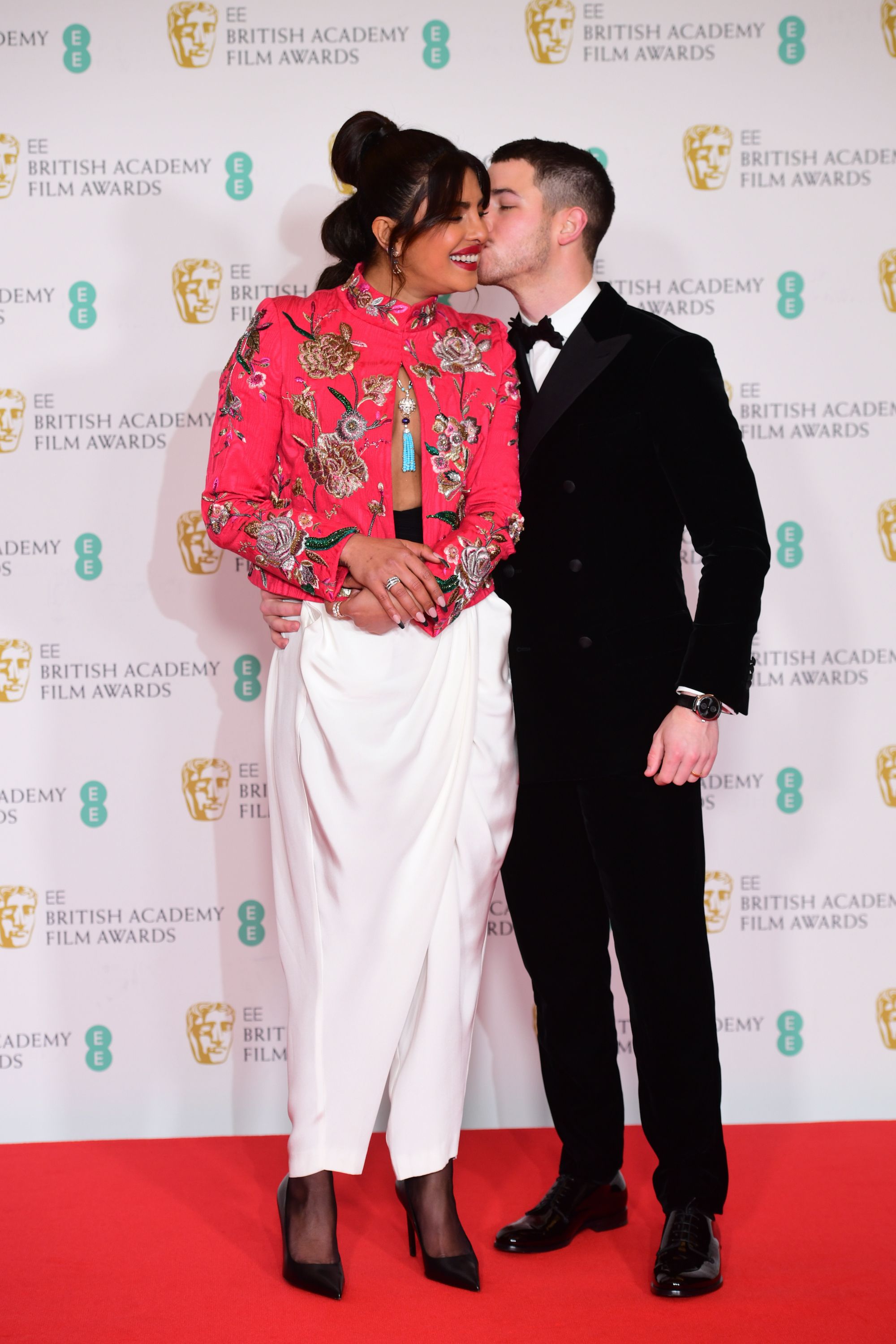 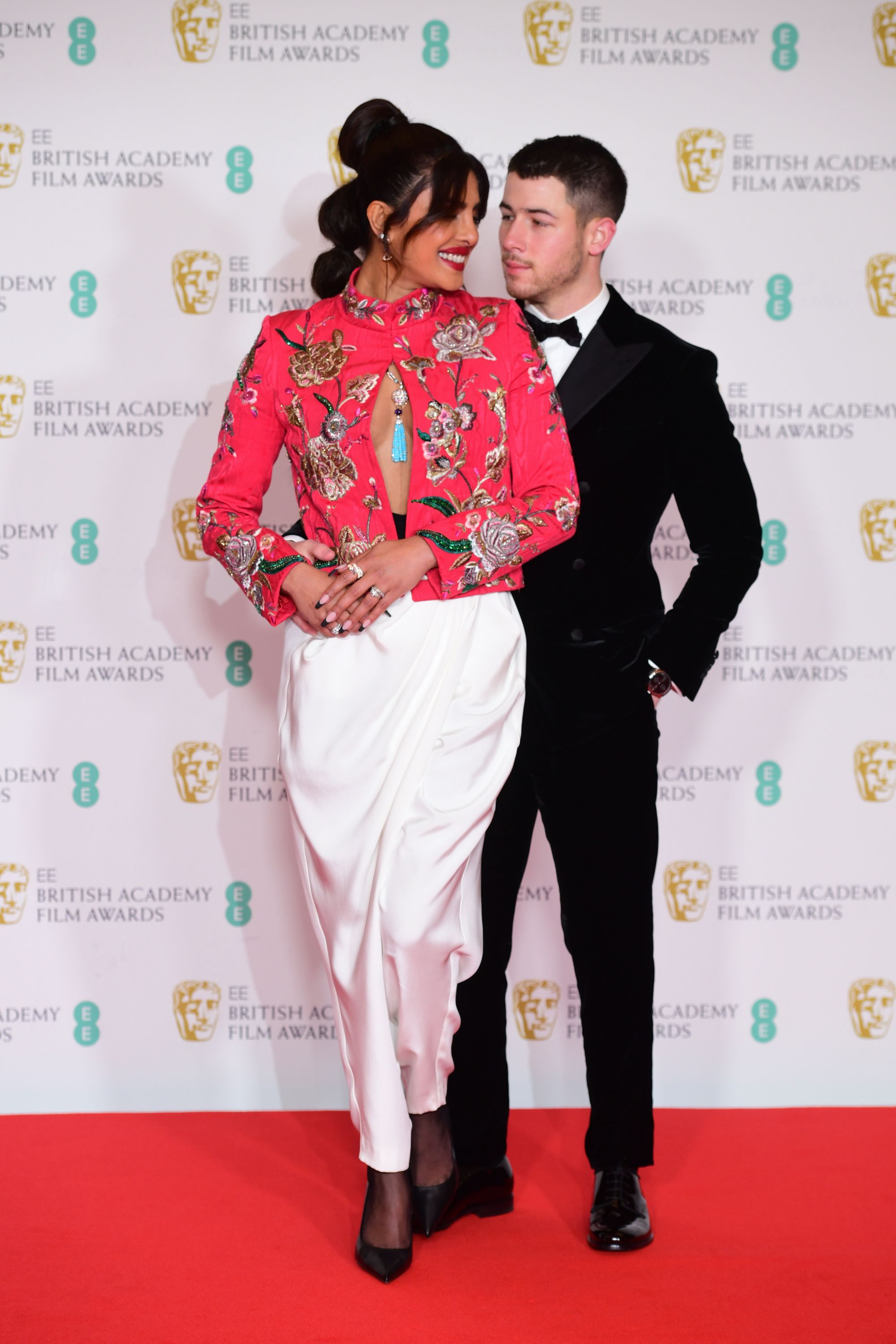 The Jonases married in a luxe, multiday wedding in India in December of 2018. They recently celebrated their two-year anniversary by posting touching tributes for each other on social media.

“Happy 2 year anniversary to the love of my life,” Mrs. Jonas wrote on Instagram, captioning a photo of the two walking down the street and holding hands. “Always by my side. My strength. My weakness. My all. I love you @nickjonas.”

“Two years married to the most wonderful, inspiring and beautiful woman,” he captioned the post. “Happy anniversary @priyankachopra I love you. ❤️”

In a recent interview on Today with Hoda & Jenna, the actress talked about life in lockdown with her husband.

“He’s great, and we would’ve never had as much time with each other as we got during this quarantine,” she said. “It only took a global pandemic for us to align our schedules together, but that was definitely a silver lining—to be able to be home.”

And, Chopra, Jonas, Nick, Priyanka
You may also like: