Queen Elizabeth is still showing her grandson her love. Despite tensions between Prince Harry, wife Meghan Markle and the royal family, the queen still has a photo of the couple on prominent display.

The 95-year-old monarch had a face-to-face meeting with Prime Minister Boris Johnson on Wednesday — their first meeting since the start of the coronavirus pandemic — at Buckingham Palace in London.

As is customary for such visits, the queen had numerous family photos on display during the official meeting. One of the framed photos appears to be an engagement portrait shot of Harry and Meghan.

The photo, which was not officially released publicly, was accompanied by a bouquet of flowers and was on display behind the queen and the prime minister. 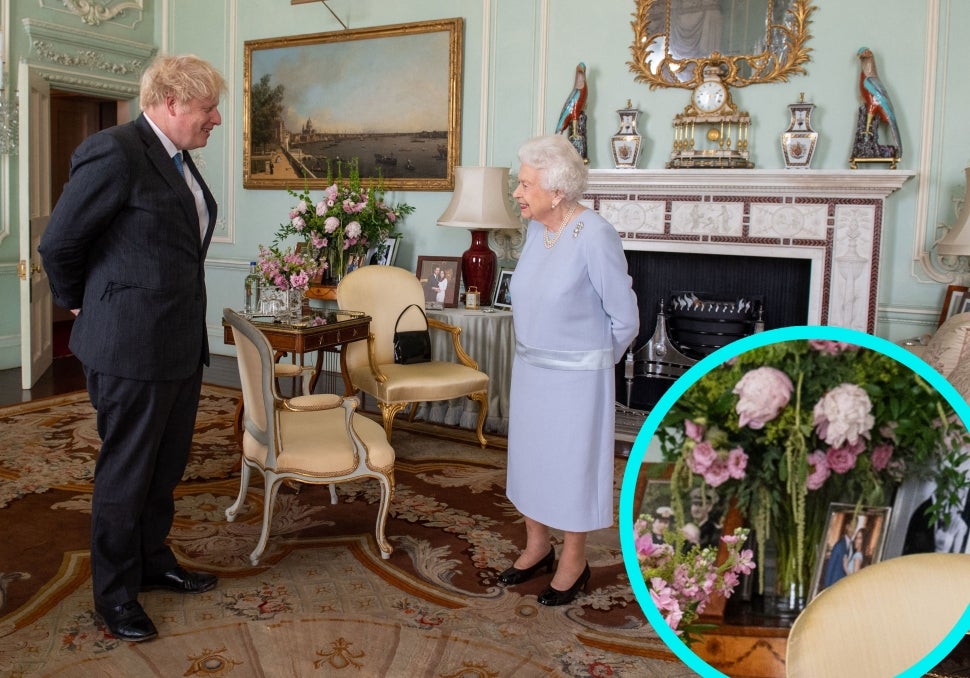 The photo was accompanied by two other portraits, one that appears to feature Prince William and Kate Middleton, and another of the queen and her late husband, Prince Philip.

The meeting comes just a few weeks after Harry and Meghan welcomed their daughter, Lilibet “Lili” Diana Mountbatten-Windsor, whom they named in honor of the queen.

A source tells ET that Her Royal Majesty was the first one the Duke and Duchess of Sussex called when their newborn daughter arrived, and that Queen Elizabeth gave the couple her blessing to use her long-standing nickname, Lilibet.

Check out the video below to hear more.

boris j, News, Queen Elizabeth
You may also like: