Rihanna Steps Out With A$AP Rocky for Late-Night Dinner in NYC: Pic

Rihanna and A$AP Rocky are still going strong. The couple was photographed going to dinner in New York City over the weekend, and a source tells ET that the two also recently enjoyed some family time with one of her brothers.

Rihanna and A$AP enjoyed dinner at Carbone restaurant in NYC, and were photographed exiting separately at 2 a.m. The 33-year-old singer looked chic as always, wearing an oversized Letterman jacket with an “R” on it and strappy black heels.

Meanwhile, a source tells ET that Rihanna and 32-year-old A$AP enjoyed some quality time with one of Rihanna’s brothers, Rorrey, in NYC last week before the rapper headed out of town on Saturday. According to the source, the trio kept a low profile, mainly opting to hang out in their luxury NYC hotel. 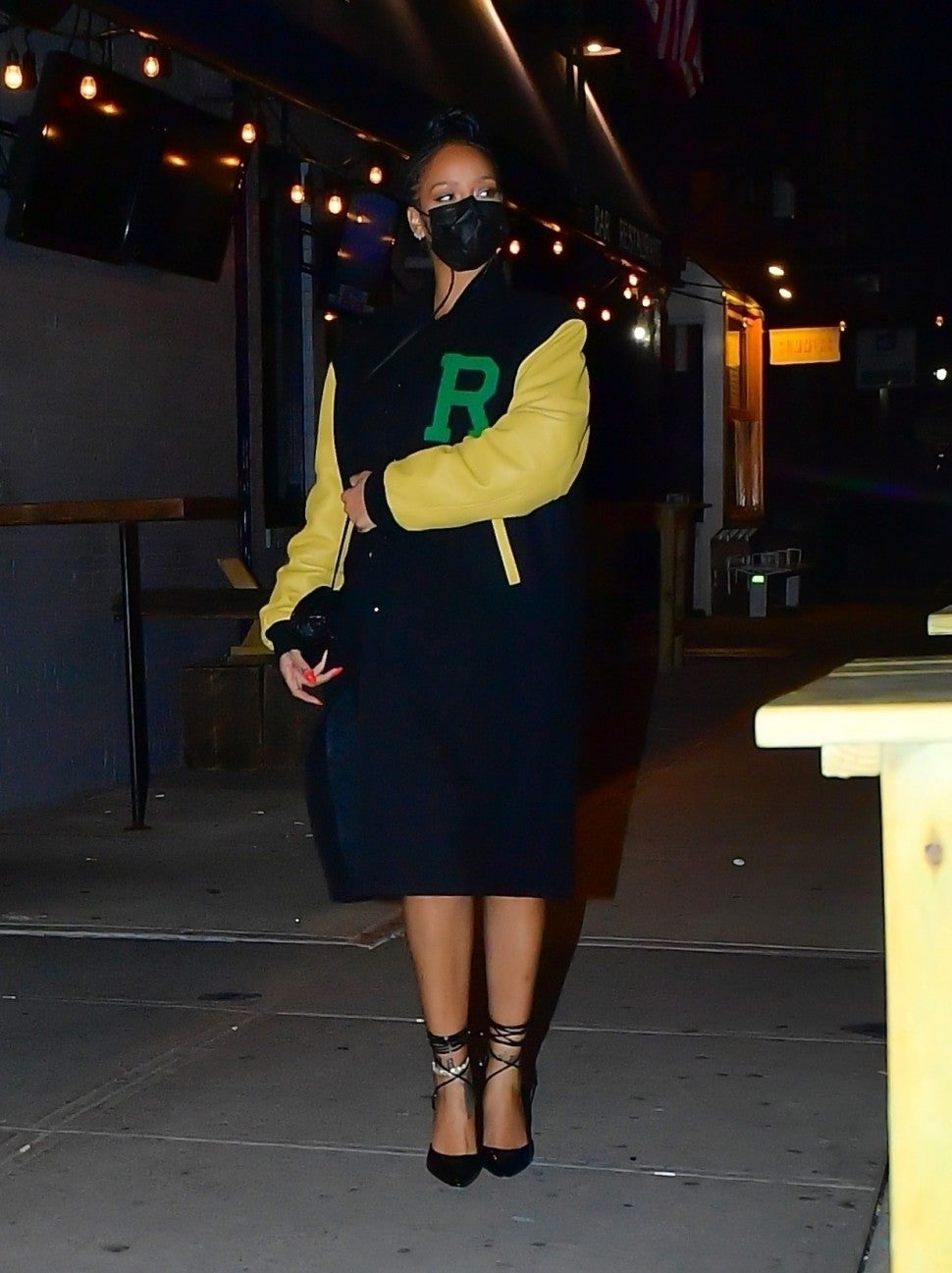 “Rihanna is super tight with her brothers so it’s definitely important that they get along with whoever she’s dating and Rorrey is a big fan of A$AP and considers him like family,” the source says. “A$AP Rocky and Rihanna have been close friends for a long time so there’s a sense of comfort with him around. Everyone gets along really well, and they all have a lot of fun together.”

A source confirmed Rihanna and A$AP’s relationship to ET back in December after romance rumors between the longtime friends were sparked earlier in the year. The source said the rapper’s father’s roots in Barbados helped fuel the pair’s connection and that they “have always had amazing chemistry.” Later, a source told ET that A$AP spent Christmas with Rihanna’s family.

“They’ve known each other for so long as friends and in a work setting, which makes it so easy for them to get along, travel together and be involved in each other’s lives to the full extent,” the source said. “They always have such a good time together and definitely seem in love.”

Meanwhile, Rihanna recently whipped her fans into a frenzy by teasing new music to come. Watch the video below for more.