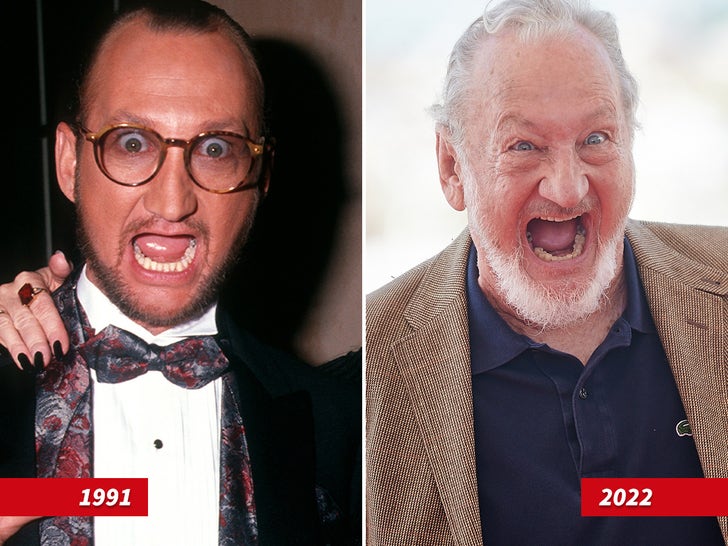 Robert Englund‘s looks over the years are like a dream!

Here is a 44-year-old version of the long-time scary moviemaker looking quite supernatural during the “Horror Hall of Fame” Gala at Universal Studios back in 1991 (left). This was just a few years before he reprised his role of Freddy Krueger in “Wes Craven’s New Nightmare.”

And, 31 years later the iconic thrill-seeker recently brought his scariest pose to a film festival in Spain (right). He may not be in his signature striped sweater, fedora and razor-claw glove … but he still cuts up the competition with one glance.