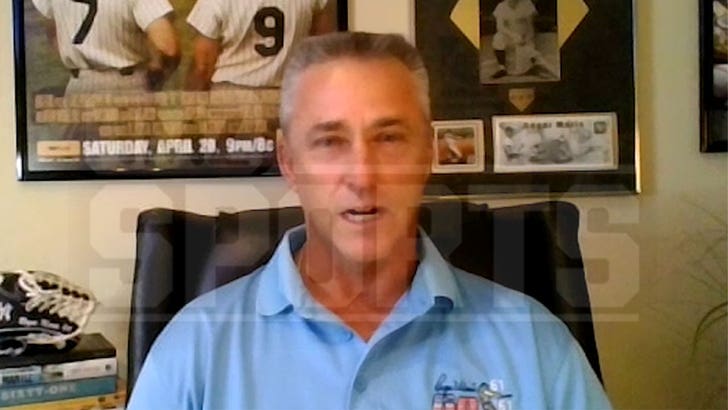 No hard feelings, Aaron Judge — but Roger Maris‘ son is making it clear to TMZ Sports he’d prefer it if his father’s historic home run record was still standing at the end of this year.

Of course, the Yankees superstar is on a torrid HR streak right now — and appears to be poised to surpass the 61-dinger mark that Maris set way back in 1961.

But, Kevin Maris tells us if Judge were to somehow fall short of the number — which still stands as the American League record — he wouldn’t exactly feel horrible about it.

“I don’t know if anybody likes their record broken at the end of the day,” Kevin said, candidly. “But it’s nice to see him giving it a good run. Records are made to be broken at some point. If it happens to be this year, you’ve got to tip your hat to the guy.”

As of Friday night, before NY took on the Cardinals, Judge had an astounding 43 home runs on his resume. And, with more than 50 games left, most think the 30-year-old will easily get more than 61.

If it does happen, Kevin says he’ll be glad his father’s number has been bested by a Yankee — and added that he’s wishing Judge “the best” in his HR hunt.

By the way, if Judge does beat the number, Kevin tells us he and his family will consider that the unofficial all-time MLB mark — due to the steroid allegations that surrounded the 61-plus home run seasons by Barry Bonds, Mark McGwire and Sammy Sosa.