The gaffer from the set of ‘Rust’ who torched producers and the novice armorer over Halyna Hutchins‘ death is back in Los Angeles. … and he’s got some support waiting for him.

Serge Svetnoy touched down in L.A. Tuesday just a couple days after his scathing Facebook post squarely blaming Hannah Reed and others working behind the scenes for allowing this tragedy to unfold on set.

As you can see, Serge was greeted by a friend … who was ready to welcome him with open arms. The 2 embraced in a hug, although the guy still looked pretty somber, and understandably so. 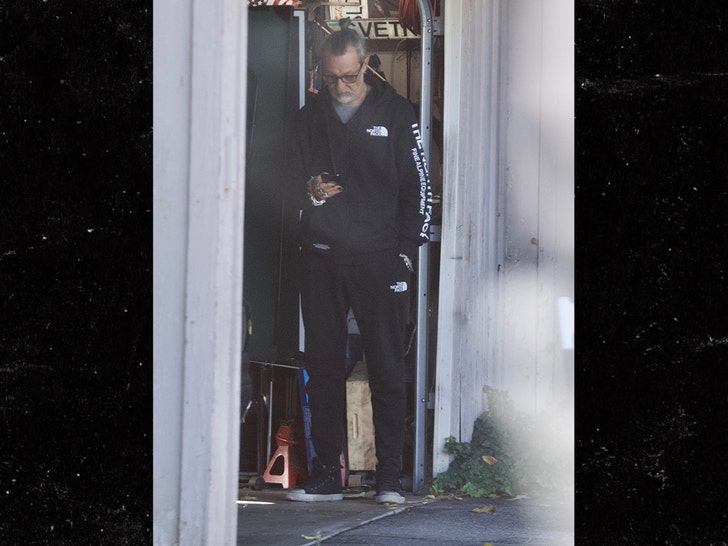 He also appears to be one of the first crew members back on the West Coast after last week’s shooting incident in New Mexico. It could be a sign of where cops are in the investigation too — presumably, the authorities are starting to cut people loose.

Like we told you … Serge wasn’t shy about sharing his criticism of what went wrong and whose actions he thinks cost Halyna her life. He explicitly mentioned the 24-year-old weapons expert … while also throwing around words like “negligence” and “unprofessionalism.”

In addition to his comments, he also posted what’s believed to be one of the last photographs of her … shortly before she died.

She and the rest of the crew were rehearsing a scene in a church, where Alec Baldwin was in full costume … and where he ultimately did a cross-draw motion and fired the gun, not knowing it had a live round of ammo in one of the chambers. Serge says he was holding Halyna, and was covered in her blood before she was airlifted.

So far, there’ve been no criminal charges brought forth — but the investigation is still underway, and this is far from over.

Undoubtedly, there will be lawsuits coming, in addition to whatever law enforcement decides to do.

death, drug dealer, fentanyl, gui
You may also like: