Ryan Giggs accused of attacking ex-love in row at mansion 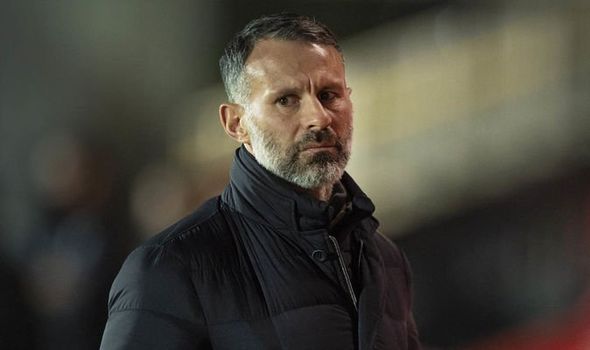 The Wales boss and former Manchester United star was detained last November for allegedly assaulting his partner, PR executive Kate Greville, 36. Police had been called to his family’s £1.7million home in Worsley, Greater Manchester, just after 10pm following reports of a “disturbance”. Giggs, 47, was quizzed on suspicion of actual bodily harm and assault and released on bail.

The star has been on gardening leave from his role as Wales manager since November.

Yesterday Giggs said he will plead not guilty in court to charges of assault and coercive or controlling behaviour, adding: “I look forward to clearing my name.

“I have full respect for the due process of law and understand the seriousness of the allegations.

“I would like to wish Robert Page (the Welsh caretaker manager), the coaching staff, the players and the supporters every success at the Euros this summer.”

A police statement read: “A man has been charged with three offences after police were called to reports of a disturbance in November 2020.

“Giggs has also been charged with one count of coercive and controlling behaviour between December 2017 and November 2020. He has been bailed and is due to appear at Manchester and Salford magistrates court on Wednesday. “Police were called at 10.05pm on Sunday, November 1, to reports of a disturbance at an address inWorsley.

“A woman in her 30s was treated for injuries at the scene.”

It is claimed the father-of-two had been living at the house – bought for his mother Lynne – after putting his £3.5million bachelor pad up for sale. His own five-bedroom house has recently been sold for £3million after Giggs slashed £500,000 off the price.

He has been dating Kate on and off for the past three years after they met when she began working on public relations for his Hotel Football complex in 2013.

Giggs went public with the relationship when the couple were pictured holidaying together in Italy in August 2018.

Yesterday, the Crown Prosecution Service said: “We have authorised Greater Manchester Police to charge Ryan Giggs with engaging in behaviour which was controlling or coercive and assault occasioning actual bodily harm.

“A charge of assault by beating relating to a second woman has also been authorised. The CPS made the decision to charge Mr Giggs after reviewing a file of evidence from Greater Manchester Police.