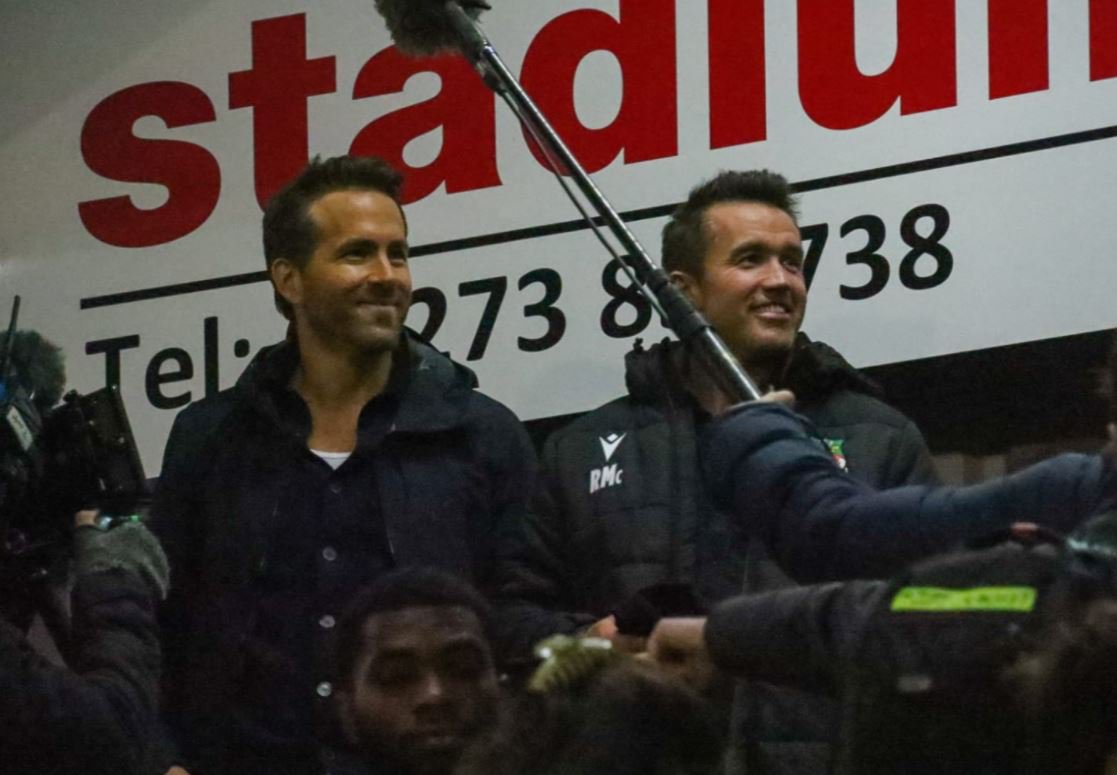 Wrexham FC owners Ryan Reynolds and Rob McElhenney thrilled supporters on Tuesday as they caught their first live match since buying the club.

The Hollywood stars, who bought the Welsh football club last year, flew in from the States to catch the game in Maidenhead’s York Road Stadium as they continue to enjoy life as club owners.

Arriving minutes before kick-off, the duo was instantly enveloped by camera flashes as they were carefully escorted into their seats by an extensive security team.

Deadpool star Ryan was bundled up in a navy coat and a darker overcoat for the evening match while Rob sported a puffy Wrexham jacket, accompanied by a Wrexham AFC snapback hat.

The club’s co-owners have been active in their duties and have been seen supporting the team as much as possible from across the pond in recent months.

The pair celebrated the team’s first win of the season at the end of August, against Eastleigh, with cocktails at 9am, due to the time difference between Wales and the US.

Rob shared a video on his TikTok of the event, captioning it: ‘POV of two guys drinking at 9am to celebrate their first win,’ but when you’re Hollywood stars who buy a football club just because, an AM cocktail seems justified.’

Ryan, 44, and Rob, 43, have promised to inject around $2.64 million (£2 million) into the club’s infrastructure and will also produce a documentary on its history and revamp.

They won a staggering 98.6% vote from the Wrexham Supporters Trust (WST) to takeover after making their impressive bid.

Indeed, the club has already made strides after being included in FIFA 22.

Though the pair poked fun at the team’s inclusion in the ‘Rest of World’ category due to being the only National League side in the videogame.

It appears their presence at Tuesday’s match caused a stir in the wrong ways after things got off to a rock a rocky start when Maidenhead United took the lead minutes into the game.

Things got even more stressful for Wrexham after a player got sent off with a red card for a dangerous challenge.