There’s nothing like being in love while in the Big Apple. Blake Lively and Ryan Reynolds were spotted PDA’ing it up while strolling through Manhattan on a low-key date.

Days after Ryan Reynolds and Blake Lively took in a Yankees game, the couple continued their New York romance with a little bit of coffee and a little bit of public affection. Ryan, 44, and Blake, 33, were spotted in Manhattan’s Tribeca neighborhood on Sunday (May 2), strolling hand-in-hand along the city’s sidewalks. The duo had apparently gone on a coffee run, and they kept it casual – and low-key. Blake opted for some high-waisted jeans, a black tank-top, and a black-and-white button-up that she wore loosely. 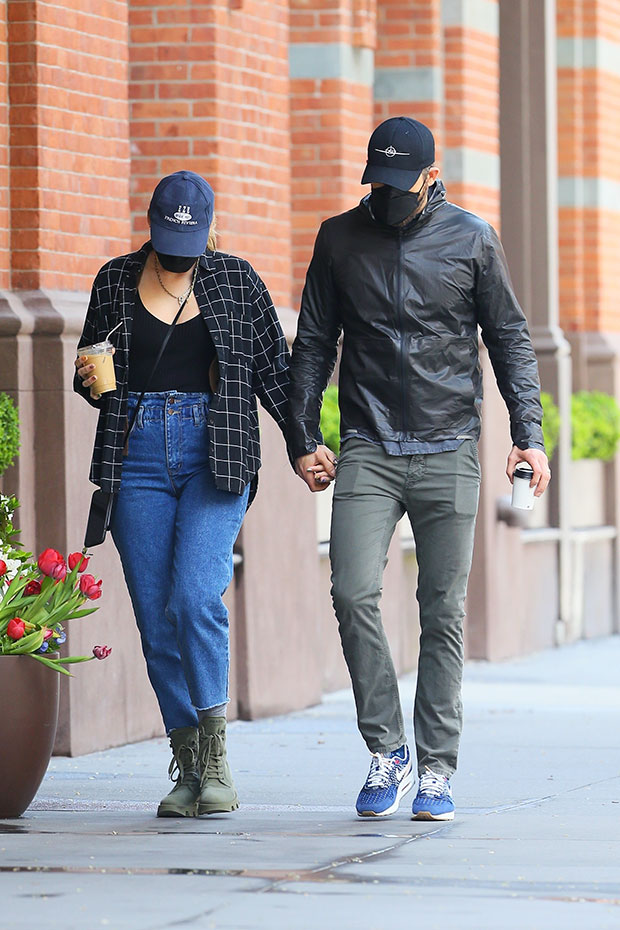 Ryan rocked some muted colors, pairing some olive-green pants with a black vinyl jacket. Both he and Blake wore facemasks and caps, which helped them keep a low profile. However, they couldn’t keep their love under wraps. Despite being married for nearly a decade, the couple held hands as if they had just started dating. 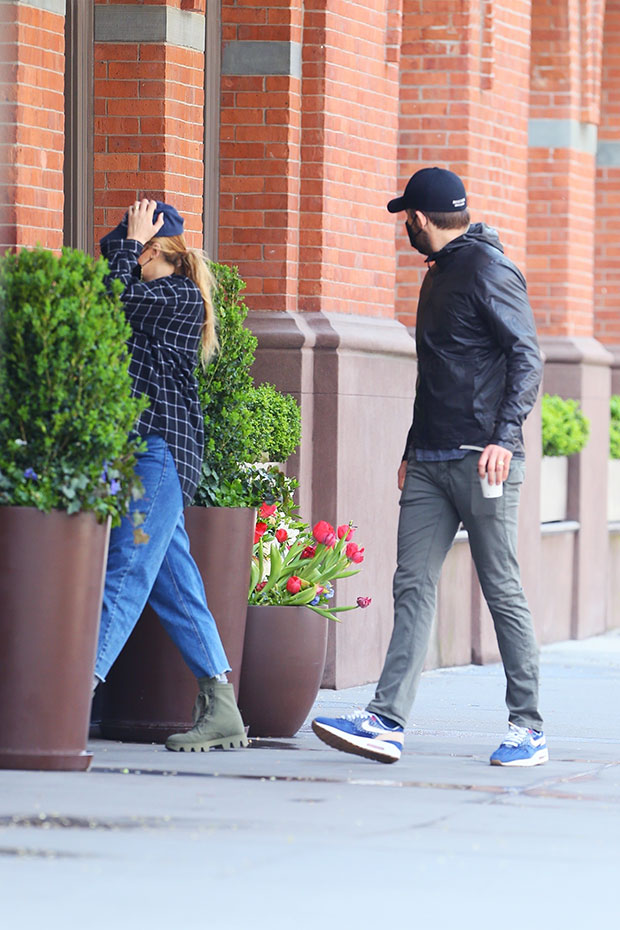 The couple kicked off their romantic Big Apple weekend by watching the Bronx Bombers do their thing. “Blake took me to my first home run derby at @yankees stadium tonight,” Ryan posted to Instagram on Apr. 30. In the first of two pictures, the Deadpool star cuddles up to Blake. ”They won 10 to nothing. I’m not saying I’m a good luck charm. Just saying Clint Frazier wants me to play left field for the remainder of my life. (The Red Thunder was an absolute hero tonight).” Ryan also shared a shot of the hat that Clint, 26, signed for Ryan. “To the ‘Green Lantern,’ from ‘Red Thunder,’” wrote the Yankees outfielder.

Blake also got an autographed cap from Clint (“It looks like you could use a new hat!”) that she showed off on Instagram. “This hat is a vast improvement from the [poo emoji] I showed up in. After 14 years in NY, I think tonight made me an official Yankee,” wrote Blake, who also christened this night the start of “Mom&Dad Girl Summer.” So, expect more date nights between her and Ryan?

Earlier in the week, Blake and Ryan were seen strolling through New York with their daughter, Inez, perched upon her father’s shoulders. It was a rare family outing, as Blake and Ryan are quite protective when it comes to their three daughters – Inez, 4, James, 6, and 1-year-old Betty. It took months after Inez’s birth before Ryan and Blake confirmed her name, and a similar thing happened after the couple welcomed Betty into the world.