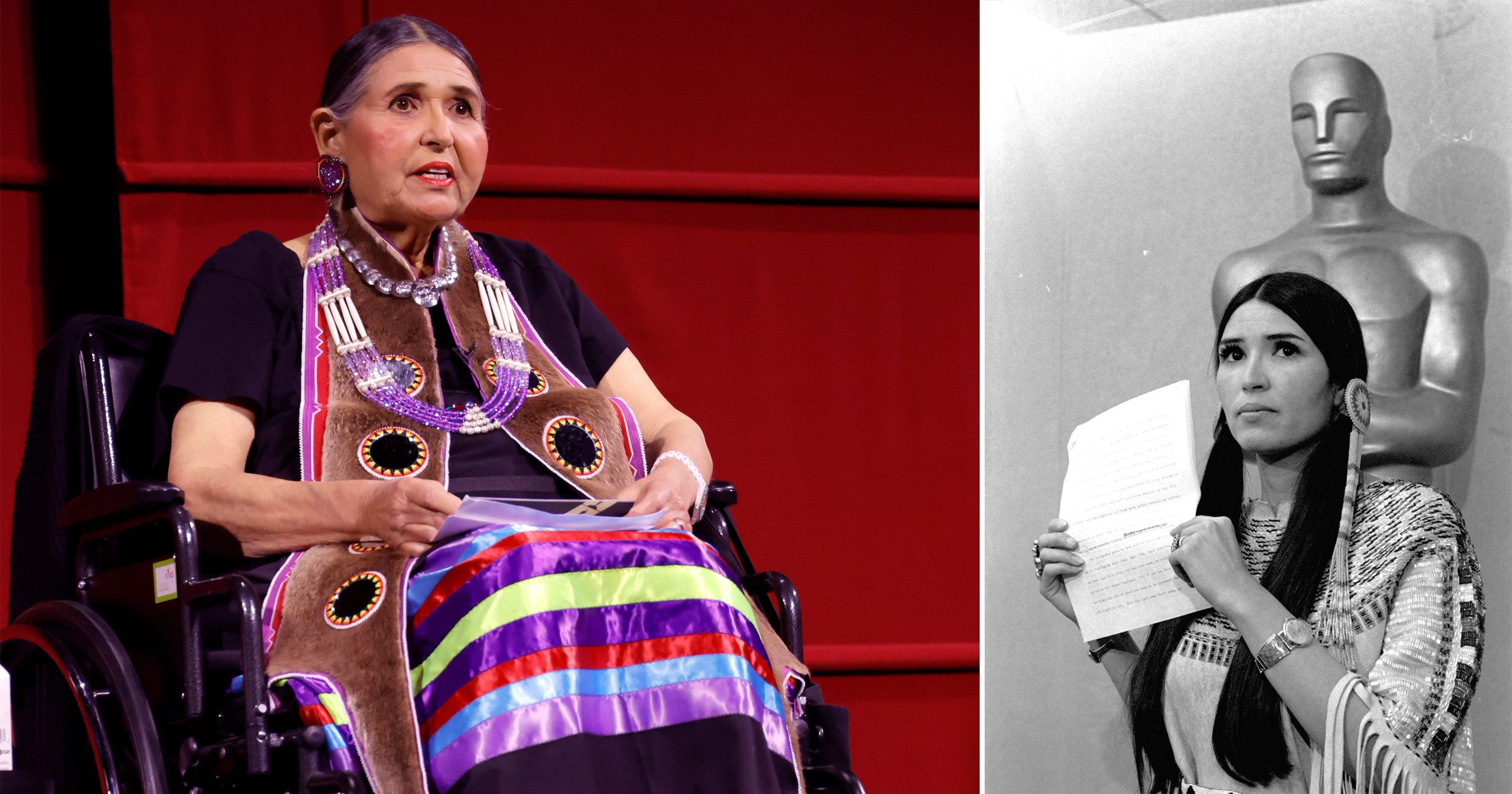 Sacheen Littlefeather has formally accepted The Academy’s apology after being heckled at the 1973 Oscars while protesting Native American mistreatment.

The 75-year-old actress and civil rights activist was booed at the awards ceremony when she spoke to refuse an Oscar on behalf of Marlon Brando, who had won the best actor gong for The Godfather.

He famously declined the accolade because of the treatment of Native Americans in the film industry at the time.

The Academy finally issued a letter of apology to the 75-year-old after almost half a century in August, and she has now addressed it during a special evening held in her honour.

Speaking during the An Evening with Sacheen Littlefeather event at the Academy Museum of Motion Pictures in Los Angeles, Littlefeather said: ‘I am here accepting this apology. Not only for me alone, but as acknowledgement, knowing that it was not only for me but for all our nations that also need to hear and deserve this apology tonight.’

She continued: ‘Now, I would like all the Indian people in this audience to stand. Look at our people, look at each other and be proud that we stand as survivors, all of us.

‘Please, when I’m gone, always be reminded that wherever you stand for your truth, you will be keeping my voice and the voices of our nations and our people alive.

‘I remain Sacheen Littlefeather. Thank you.’

Others present at the historic event included producer Bird Runningwater, co-chair of the Academy’s Indigenous Alliance, who led a conversation on stage with her.

Littlefeather expressed happiness that her mistreatment was being acknowledged after the apology was issued last month.

She said in a statement: ‘This is a dream come true. It is profoundly heartening to see how much has changed since I did not accept the Academy Award 50 years ago. I am so proud of each and every person who will appear on stage.’

In an interview with Variety last week, the activist said that Western star John Wayne’s reaction to her protest was ‘the most violent moment ever’ at the Academy Awards, with the actor reportedly restrained by six security people to stop him from assaulting her.

‘He was never admonished by the Academy. It was never published in the press. But the most violent moments took place then and there at the Academy Awards by John Wayne,’ she said.

Despite the backlash, which saw her blacklisted in the industry, Littlefeather harbours no regrets over her actions that fateful evening, saying she would do it again ‘in a heartbeat’.