The outing took place on the same day that Kim filed for divorce from Kanye West after nearly seven years of marriage.

While fans of the Kardashians might be surprised to see Kourtney’s ex and the father of her children hanging out with Larsa after her alleged fallout with the famous family, a source tells ET that “there are no hard feelings between Larsa Pippen and Scott.” 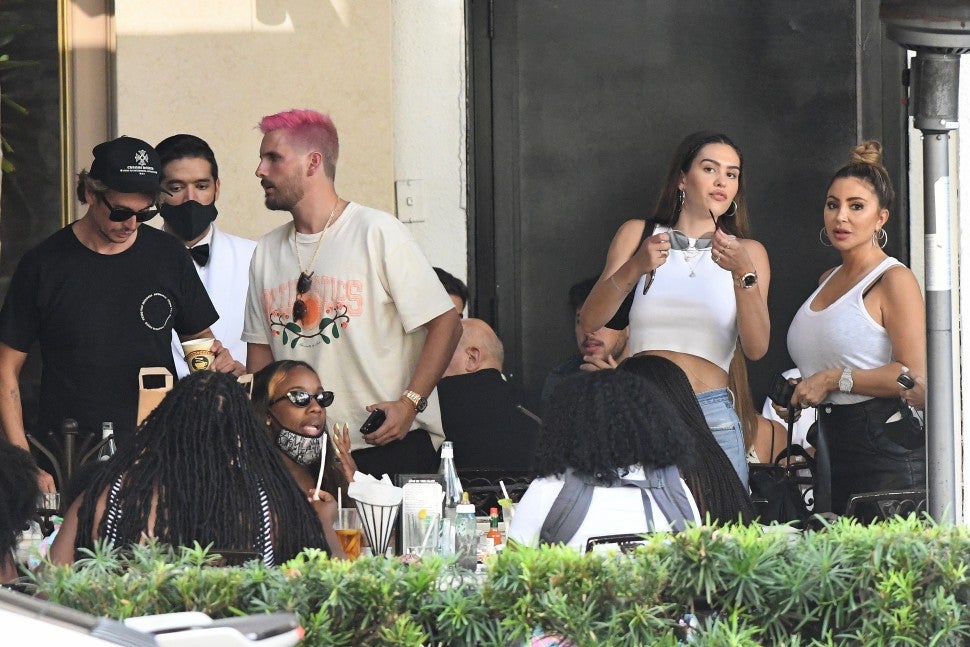 Back in November, Larsa claimed on the Hollywood Raw podcast that Kanye had “brainwashed” Kim and her family and was responsible for the end of their friendship.

Larsa, 46, told podcast hosts Dax Holt and Adam Glyn that the 43-year-old rapper felt threatened by her relationship with Kim, but added that it didn’t bother her when Kim decided to unfollow her.

“I didn’t feel any type of way,” she said. “I just felt like, do what’s best for your family. I love you; you and I are best friends; we’ve been through everything together. I would never do anything to jeopardize our relationship, we are like sisters, like family. But if you have to unfollow me to make your home a better place, then do it. …So, if Kanye feels he and Kim are better without me, then let them be without me. I’m OK with that.”

As for how the Kardashians felt about Larsa’s interview, a source told ET at the time that the family wasn’t “paying much attention” to it.

“They know why they aren’t close to Larsa anymore and she’s entitled to her opinions,” the source said. “…Larsa continues to say she doesn’t care about no longer being close to the family, but people close to her know she does care and continues to talk about it.”