Nothing like traveling in comfort — and in the comfort of your boyfriend’s shirt. Jennifer Lopez was spotted arriving in Los Angeles on Thursday, June 10, wearing a flannel shirt that appears to belong to Ben Affleck.

The two-time Grammy nominee, 51, was photographed stepping off a plane wearing a white crop top under a red and blue oversized flannel. The Argo director, 48, has been spotted numerous times wearing what appears to be the same shirt over the last three years.

The Good Will Hunting star was not with the “Get Right” singer on her trip, as he remains in Las Vegas where he is filming a new movie. On Wednesday, June 9, he was spotted spending time with Lopez’s mom, Guadalupe Rodriguez, in Sin City. 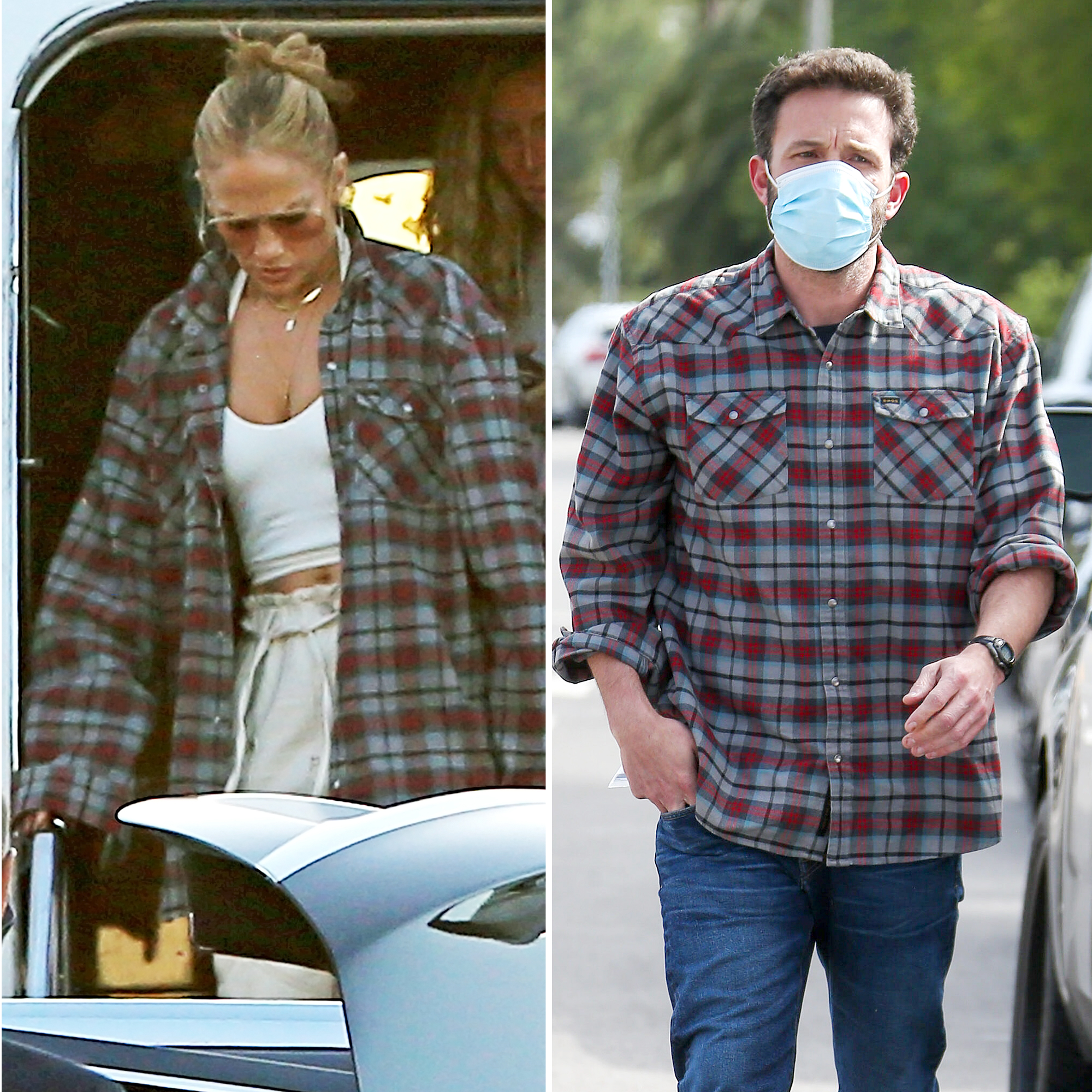 Affleck and Lopez were previously engaged from 2002 to 2004 and rekindled their romance shortly after her split from Alex Rodriguez in April.

“As soon as [they] started talking again, it became very clear to both of them that the old magic and special connection was still there,” a source told Us Weekly exclusively in May about the reunion.

Everything Ben Affleck, Jennifer Lopez Have Said About Their Relationship

That same month, Affleck was spotted wearing an item from the early days of their romance — the watch she famously gifted her then-fiancé in the “Jenny From the Block” music video.

Earlier this month, a second insider shared that the pair “are very much in love” and really connected on their recent getaways.

“They love being together and the weekends away they had been spending together have really sealed the deal,” the source added. “Friends say they can see them staying together forever this time around. They are soulmates and always have been.”

Lopez currently has a home in Miami and but is looking to move to Los Angeles with her 13-year-old twins Emme and Maximilian, whom she shares with ex-husband Marc Anthony. The Gone Girl star, for his part, shares children Violet, 15, Seraphina, 12, and Samuel, 9, with ex-wife Jennifer Garner.

“Ben is great with kids and that is what really rekindled J. Lo’s attraction to him,” the second source told Us. “She saw how well he treated and interacted with her kids and fell back in love with him.”

Additionally, the insider said Garner, 49, approves of her ex’s romance with the Hustlers star, and they have mutual respect for one another, noting, “J. Lo thinks Jennifer is a kind and wonderful person and an amazing mother.”