Shawn Johnson and Andrew East are officially parents of two! The former Olympic gymnast and the professional football player have welcomed their second child, a baby boy, together.

The couple shared the news on Tuesday through their company, Teddy & Bear, which noted in an Instagram Story that both mom and baby are doing well. 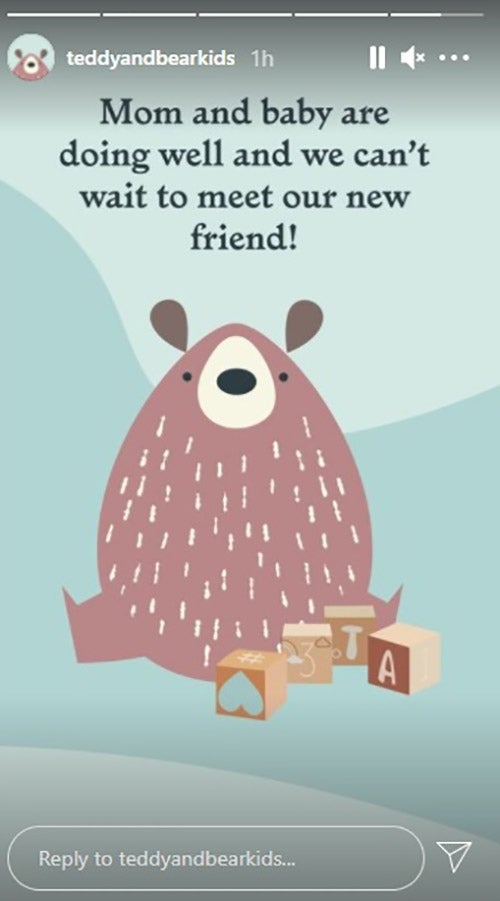 The couple enlisted the help of their 1-year-old daughter, Drew, to announce their pregnancy in January. “Here we go again,” Johnson captioned a series of maternity photos that included her husband and Drew. In one adorable snap, Drew proudly held up a pair of baby sneakers, while her parents looked gorgeous in semi-matching black outfits.

The following month, Johnson faced a hardship when she was diagnosed with COVID-19. “Yes, I’m nervous about being pregnant and the baby,” she told fans on Instagram as she quarantined away from East and Drew. “Just trying to get enough rest so I can heal. I miss my husband and baby girl, but again, it’s the least I can do to keep our family healthy.”

Shortly before sharing the sex of their baby with their fans on YouTube, Johnson and East posted photos from their romantic babymoon in Los Cabos, Mexico. “The best babymoon ever!” Johnson gushed alongside a video montage from their trip in March. “Truly the best vacation we have been on! Baby… thanks for giving us an excuse to go 😉 haha and @andrewdeast thank you for always making me feel like a million bucks.”

Johnson and East tied the knot in April 2016 and welcomed Drew in October 2019 after suffering a miscarriage. Despite having to spend her first Mother’s Day in quarantine, Johnson told ET she was “very lucky” for her family.

“Given what’s been going on in the world right now, I think the biggest challenge is just trying to deal with the natural worry that you have as a mom, trying to protect your baby and make sure they stay healthy,” Johnson told ET. “We didn’t have anything major planned. I wanted to hang out with my mom and my mother-in-law, and then my grandmas. We do like the generational thing, especially since I get to call myself ‘Mom’ for the first Mother’s Day.”