When Sheryl Crow toured with Michael Jackson in 1987, she reportedly experienced harassment from the pop star’s manager.

Crow was only 25-year-old at the time when she took on the backup singing gig, according to The Independent – a British online newspaper.

The singer and songwriter told the news outlet she experienced sexual harassment from Jackson’s manager Frank DiLeo, who would have been 39-years-old at the start of the “Bad World Tour” in September 1987.

“Naiveté is such a beautiful thing. It was incredible in every way, shape and form for a young person from a really small town to see the world and to work with arguably the greatest pop star,” Crow told The Independent. “But I also got a crash course in the music industry.” 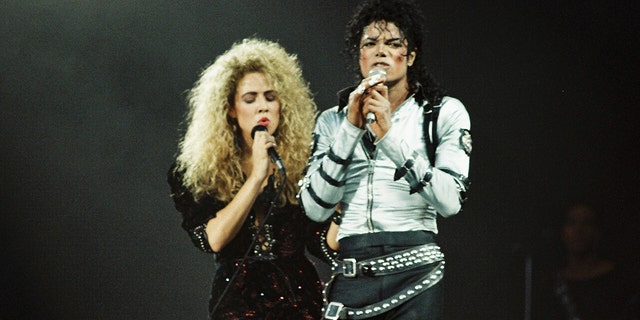 Before Sheryl Crow (left) was famous, she was a backup singer for Michael Jackson (right) during his Bad World Tour in the late 1980s. (Pete Still/Redferns)

Crow, 59, claims DiLeo repeatedly approached her with quid pro quo offers to make her a star. She also says he threatened to ruin her career if she reported him or spoke out about his advances.

Jackson and DiLeo parted ways in February 1989, according to the Los Angeles Times.

The pop star isn’t the only big name DiLeo has worked with. Other stars who collaborated with the talent manager include Prince, Jodeci, Cyndi Lauper, Ozzy Osbourne, Gloria Estefan and Bon Jovi guitarist Richie Sambora.

By 2007, DiLeo had founded DiLeo Entertainment Group in Nashville, which was a talent management company that was meant to launch the careers of young artists, according to Music Row.

Despite the hardships Crow has faced, she grew to become a global star in her own time. She’s won nine Grammy Awards out of 31 nominations, and has sold more than 50 million albums worldwide.

About, Allege, crow, Sheryl, talks
You may also like: