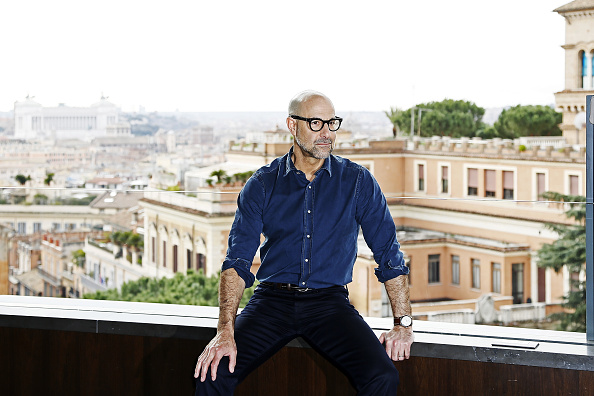 Stanley Tucci found everything tasted of wet cardboard ‘slathered with someone’s excrement’ when he was undergoing cancer treatment.

The 60-year-old actor recently revealed that he fought tongue cancer three years ago, and underwent chemotherapy and radiation therapy after doctors discovered a tumour at the base of his tongue.

The Devil Wears Prada star has now told of how the ‘horrible’ processes caused him to lose his appetite, as well as develop vertigo and multiple ulcers in his mouth.

Food lover Stanley admitted he feared losing his sense of taste more than he was worried about death.

He said: ‘I mean, if you can’t eat and enjoy food, how are you going to enjoy everything else?’

Although Stanley’s ability to taste returned after he finished treatment, he was still struggling with the effects when he made his critically-acclaimed CNN food show Stanley Tucci: Searching for Italy.

He told the New York Times: ‘It was hard because I could taste everything, but I couldn’t necessarily swallow.’

The Big Night star recalled struggling while eating the traditional Tuscan dish steak florentina for the show, saying: ‘I had to chew it for 10 minutes to get it down my throat. [Other times] I just had to get rid of the food.’

But Stanley insisted he didn’t hesitate to continue with making the show.

The star, who is married to Emily Blunt’s sister Felicity, said: ‘There was no way I wasn’t going to make it. I’ve wanted to tell for a long time the story of Italy and the disparate cuisine in every region.’

During his treatment, Stanley liked to ‘live vicariously’ through watching cooking shows.

He said: ‘[It] was weird because even the smell of food then would just make me want to throw up.

‘But I liked watching them. I just wanted to learn more, live vicariously through them. It was a way I was going to have that once again.’

Both of Stanley’s parents were from Italian descent, and the Tucci family spent a year living in Florence in the actor’s teens.

The father-of-five reflects on how his life has been shaped by food in his new memoir, Taste: My Life Through Food.