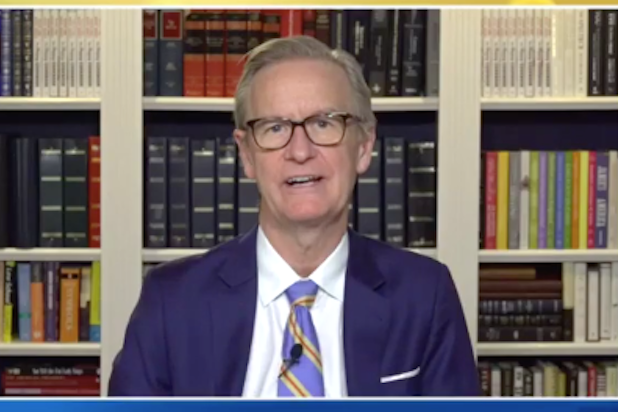 Fox News’ Steve Doocy put some of the blame for the Capitol police’s handling of Wednesday’s riots on their bosses and bureaucrats who, he said Thursday, “set them up for failure.”

“The scandal is that the Capitol was not better protected yesterday on such a significant day after the suggestion of threats and the fact that there were going to be tens of thousands of people in attendance at the ‘Stop the Steal’ rally,” said the “Fox & Friends” co-host of the protest that turned into a riot comprised of supporters of Donald Trump.

He went on to say that the Capitol police he knows develop relationships with congressional members and the press and take their jobs seriously.

“But yesterday,” he said, “I mean, look at that mob! They were overwhelmed and they were outmaneuvered, essentially, because their bosses and other bureaucrats planned poorly and set them up for failure.”

Over on MSNBC, “Morning Joe” host and former GOP congressman Joe Scarborough was much less interested in the how and why. He castigated the Capitol police furiously, dropping the F-bomb on morning cable.

“Why do you scream at people for walking across the street three blocks away from the Capitol? Why are you known as ‘badasses’ around the Capitol but then Trump supporters come in and you open the f—ing doors for them?” he demanded of the police. “You open the doors for them and let them breach the People’s House! What is wrong with you?”

Capitol, Doocy, P, Steve, supports
You may also like: