Summer heat! Harry Styles and Olivia Wilde were affectionate toward each other while vacationing in Italy.

The former One Direction singer, 27, was spotted holding and kissing his girlfriend, 37, in Monte Argentario, Italy, in photos obtained by the New York Post’s Page Six on Monday, July 5.

The couple, who have been linked since January after meeting on the set of Don’t Worry Darling, were seen wearing matching blue outfits while standing on a yacht in the ocean. 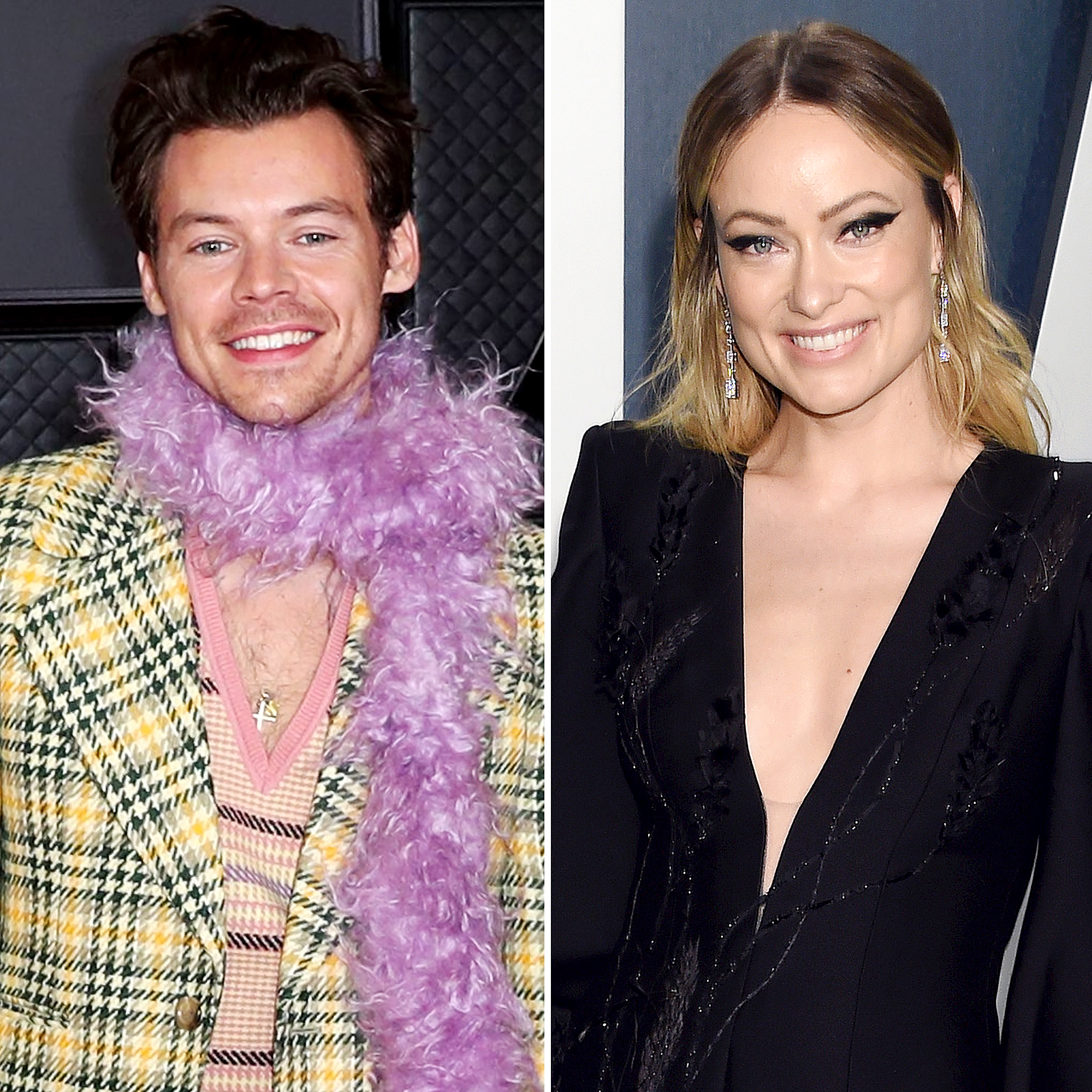 Styles wore a blue jacket, matching hat, black Nike shorts and big sunglasses as he embraced the Booksmart director. Wilde, on the other hand, wore a high-waist blue bikini and sunglasses as she lounged on the yacht with Styles.

The duo were also photographed going for a dip in the sea, sipping wine, reading on the boat’s deck and making out.

The British singer and the House alum made headlines in January after they attended Styles’ manager’s wedding together. A source exclusively told Us Weekly at the time that the pair had an instant connection when working side by side.

“Harry and Olivia had chemistry almost instantaneously on set,” the insider said. “It was only a matter of time before they got together.”

The new romance came two months after Wilde announced her split from fiancé Jason Sudeikis in November and four months after Styles joined the cast of Don’t Worry Darling.

The “Watermelon Sugar” crooner and the New York Native have tried to keep their relationship under the radar since its beginning, spending time in both the U.S. and the U.K.

A source exclusively told Us in April that Wilde, who shares son Otis, 7, and daughter Daisy, 4, with Sudeikis, 45, had been “staying at” Styles’ place in London in order to be as “low key as possible.”

The following month, an insider told Us that Wilde is “not bothered” by the Grammy winner’s PDA-filled role on the upcoming film My Policeman, which also stars Emma Corrin.

“She’s excited about his role in the film and thinks he’s doing an amazing job,” the source said in May. “Plus, she’s confident in their relationship as they’re going very strong!”

Us confirmed last month that Sudeikis has moved on with model Keeley Hazell. The pair were first linked in February, with an insider telling Us, “They’ve been friends since they met at Horrible Bosses 2. They have grown closer for sure, but Jason absolutely isn’t ready for any type of serious relationship.”

In June, however, the duo were spotted getting cozy during a stroll in New York City.

And, Harry, Heat, Styles, Summer
You may also like: