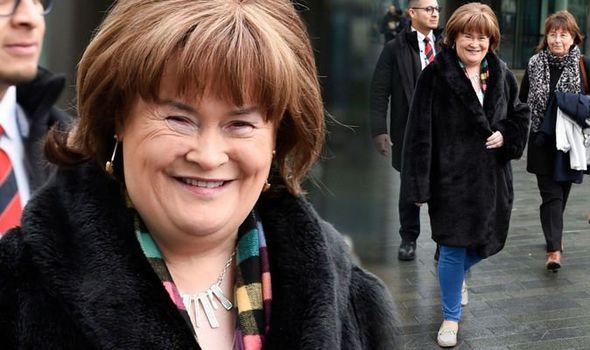 Susan Boyle, 58, looked to be in good spirits when she was pictured out and about in Manchester this morning.

It was the first time the singer has been photographed in public since she cancelled several dates on her upcoming UK tour.

The best-selling artist, who found fame on Britain’s Got Talent back in 2009, was due to celebrate a decade in the music industry with The Ten Tour following a four-year break from touring.

An announcement on her website dated December 17, 2019, revealed the cancellation was due to “circumstances beyond control”.

Earlier today, Susan stepped out in the city to appear on a radio show recorded in Media City.

The cheerful star kept the cold winter weather at bay with a black fluffy coat, which she wore over a pair of blue denim jeans and silver loafers.

A sparkly necklace and drop earrings could be seen alongside a colourful scarf. 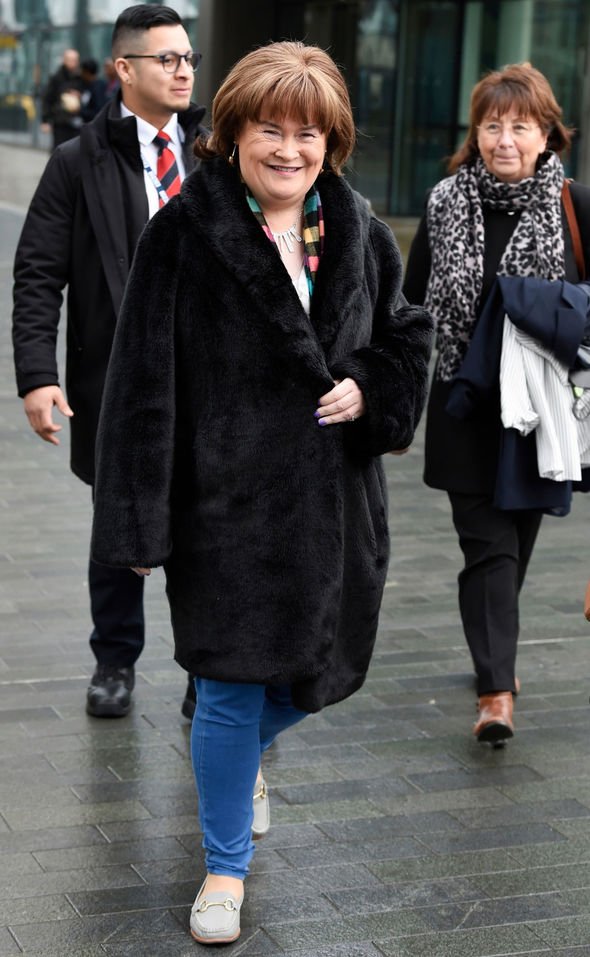 The statement on her website read: “Due to circumstances beyond her control, Susan’s management were left with no choice but to cancel and reschedule a selection of the venues.”

Jai McDowall, 33, who won the show in 2011, is also expected to join Susan on her nationwide tour. 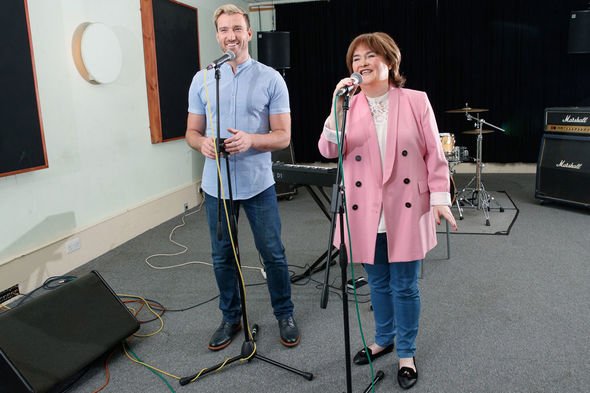 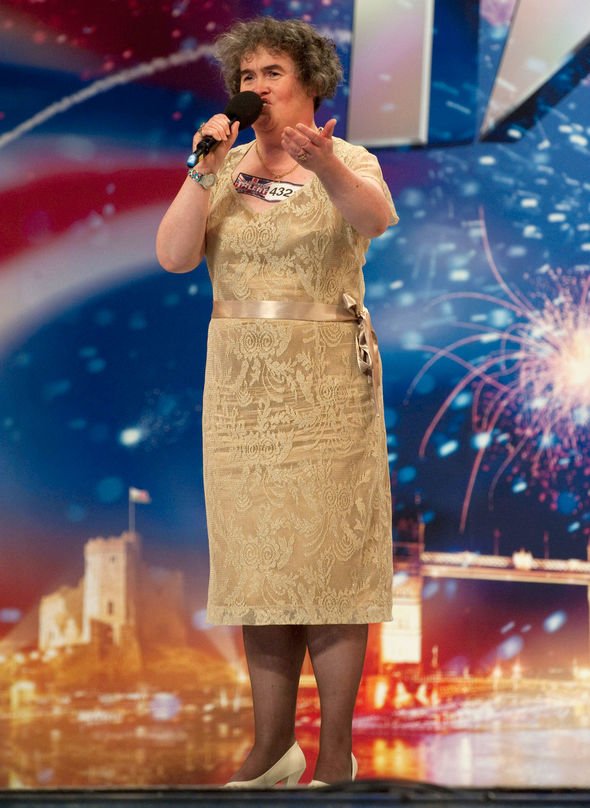 The Ten tour will see the Scottish singer return to the Glasgow stage where she made her TV debut over ten years ago.

Susan wowed Britain’s Got Talent judges Simon Cowell, Amanda Holden and Piers Morgan with a rendition of I Dreamed a Dream from Les Miserables at the SEC Armadillo in April 2009.

Britain Got Talent, Susan Boyle
You may also like: