Good Morning Britain presenter Susanna Reid, 50, has taken to Twitter to call out her former colleague Piers Morgan’s, 56, light-hearted claim that he’s joining BBC Breakfast. Louise Minchin announced earlier today that she is stepping down from her role after 20 years, saying that she’s “decided it’s time”. After seeing Dan Walker’s emotional message to his colleague, the former GMB star said he he would be joining the show to make the “first same-sex male presenting team to appease the wokies”, before Susanna jumped in to clear up Piers’ tweet as a “joke”, likening it to an “April Fools” prank.

In view of her 825,700 followers, the ITV host shot down her former colleague’s claims.

Her response came after Piers claimed that he is stepping into BBC presenter Louise’s shoes, after she announced her departure from the Breakfast show after 20 years at the helm.

After Dan penned an emotional message to his colleague of five years, Piers told the father-of-two to stop crying. 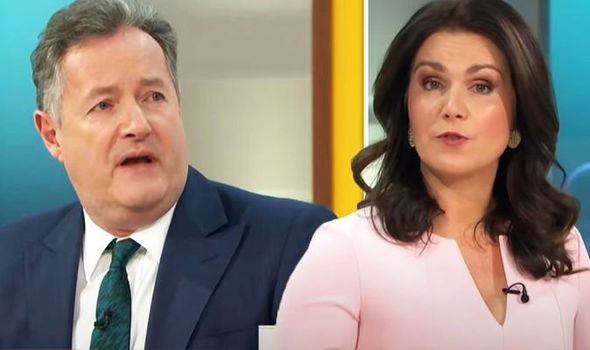 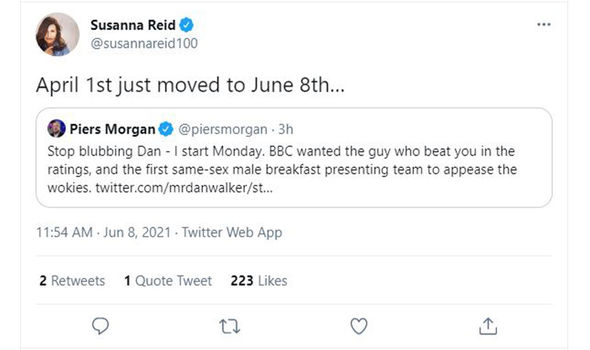 “BBC wanted the guy who beat you in the ratings, and the first same-sex male breakfast presenting team to appease the wokies,” he continued.

After Louise announced her departure from the BBC show, Dan took to social media where he said it felt like a romantic “break up”. 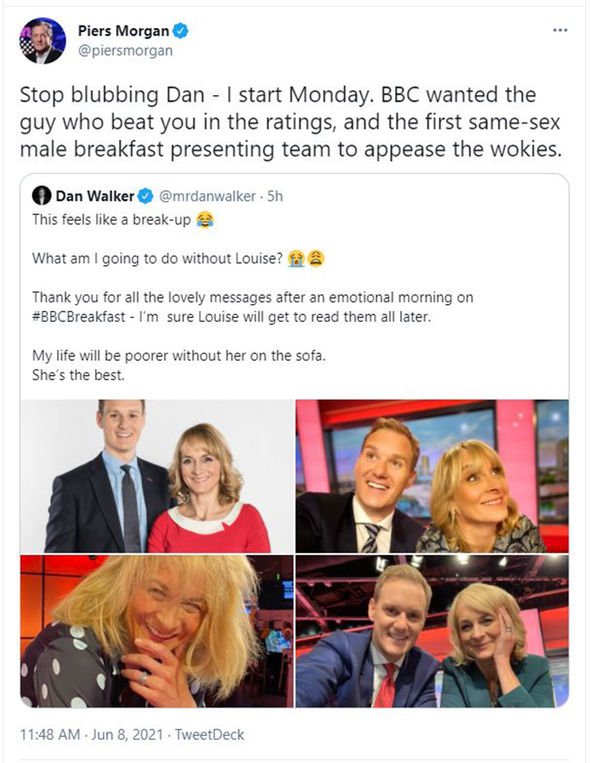 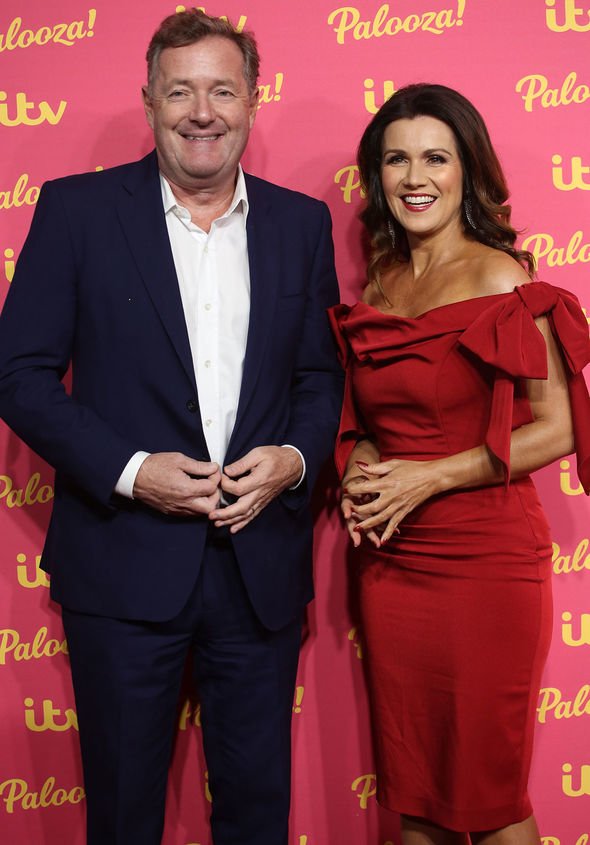 “What am I going to do without Louise?”

The BBC host went on to pen an emotional thank you to fans of the show before adding that his life will be “poorer” following her absence.

“Thank you for all the lovely messages after an emotional morning on #BBCBreakfast – I’m sure Louise will get to read them all later.

“My life will be poorer without her on the sofa. She’s the best,” he ended the post.

Upon seeing Pier’s tweet, Dan hit back, saying that he was worried the ITV couldn’t hack presenting the BBC Breakfast show.

Addressing his rival’s offer, he said: “No thanks… wouldn’t want you storming off if Carol [Kirkwood] asked you something awkward.”

Responding to the BBC presenter’s tweet, one fan wrote: “Brilliant reply as always Dan he’ll never get the better of you.”

Commenting on Piers’ post, many fans took his jibe at the BBC host at face value and expressed their joy at a show featuring the unlikely duo.

One wrote: “I hope this is true!! If you’re just winding Dan up I’ll be gutted!!”

Another added: “Now that I would love to see, however I’m sure you’re too opinionated for the BBC.”

While a third penned: “Who wouldn’t tune in for a Piers and Dan combo!”