Tanya Roberts Is NOT Dead! WTF?!

Well, this is almost as much of a shock as the news of her death, but… Tanya Roberts is still alive!

The actress known throughout decades for her roles as a Bond girl, one of Charlie’s Angels, and then for being Donna’s mom Midge Pinciotti on That 70s Show was declared dead by her husband and her rep on Sunday after an unexplained collapse on Christmas Eve.

It was a moving sendoff as hubby Lance O’Brien told TMZ he had been with her in her final moments:

“As I held her in her last moments, she opened her eyes. I was able to see her beautiful eyes one last time. Tanya had the most beautiful eyes.”

However, in a twist we could not possibly have seen coming, it turns out those reports may have been premature. 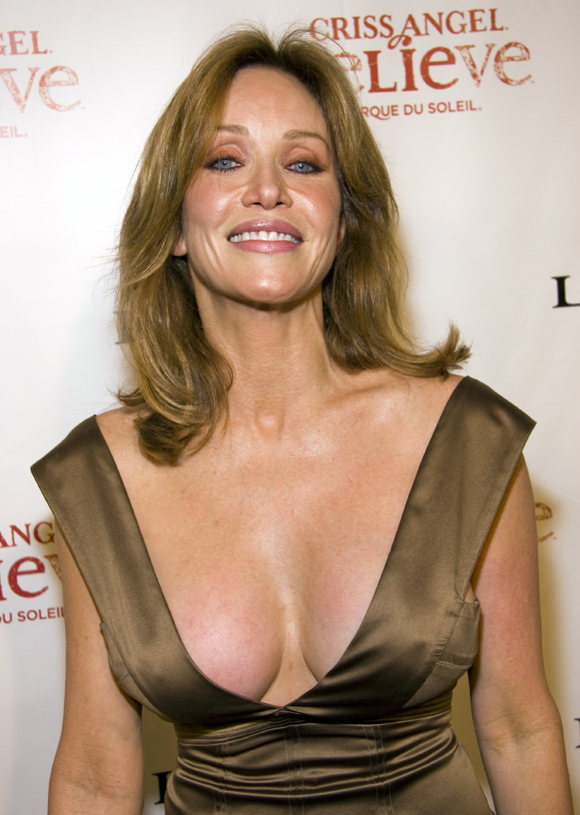 Tanya’s publicist Mike Pingel responded to the news on Monday by speaking out to multiple outlets with the news that the woman whose Beastmaster poster adorned the walls of an entire generation of teens is not, in fact, dead. He said:

Well, that’s miraculously fantastic news, right? Well, it seems she isn’t out of the woods either. Whatever caused her to collapse — and we have been assured this is not related to the pandemic, btw — still has her in the hospital, and while she has not passed away, she is not on the road to recovery yet either.

Pingel has said he is still waiting for the most recent updates on his client’s health; however, he sadly reported of her condition:

“Currently, it’s not looking good. It’s very dire. Hold her in your prayers.”

Something we can easily do…

The strange thing we’re now wondering is… why did her husband tell everyone she had passed away??

According to Pingel, O’Brien absolutely should have “received a call from the hospital saying she was not dead.” How could he tell people about her final moments when he wasn’t sure?

This is easily the strangest story of the year already. As her condition is still something of a mystery, we don’t know how much of a miracle we’re asking for here… but we are sending positive vibes out into the universe, wishing for Tanya to make a full recovery — and then to go on talk shows with the awkward story of telling off her husband for declaring her dead!

Dead, is, not, Roberts, Tanya, wtf
You may also like:

Kate Winslet: My a*** is massive – I feel like a full mattress after lockdown bingeing

Charlie Sheen Looks Back On His Public Meltdown 10 Years Ago: ‘I Absolutely Needed Someone To Reach Out’ To Me

Jessica Alba Makes a Mid-Week Stop at Her Office

'Sister Wives' star Meri Brown says marriage with Kody is 'dead': 'Best to leave the ball in his court'