That Girl Lay Lay is making her dreams come true. The 14-year-old rapper, whose real name is Alaya High, spoke with ET’s Melicia Johnson about starring in her own Nickelodeon series and where her passion for rapping started.

“It’s a dream come true, it’s amazing. It’s really fun, everybody here is very sweet. I’ve made friends with the whole cast, it’s amazing,” Lay Lay said of That Girl Lay Lay, which she’s in the process of filming.

While she couldn’t say too much about the series, she explained that it’s about a motivational avatar who comes to life, thanks to the wish of one shy girl who was in need of a best friend.

Being an avatar comes with its perks, like the ability to freeze time.

“I have some superpowers, I can freeze time, I can disappear. So, that’s some of the powers I have, and basically it’s just us going through our daily life now that I’m her best friend,” Lay Lay continued. “Nobody knows I came out of the phone. Everybody thinks I’m just her friend, she’s the only one who knows, so it’s hard keeping it a secret because I’m a little new here, so I don’t know what I’m doing.”

It was actually through her rap career that Lay Lay ended up on Nickelodeon.

A post shared by That Girl Lay Lay (@thatgirllaylay)

“Well, I started off rapping when I was five and from rapping, I knew I always wanted to be in the entertainment industry,” Lay Lay said of her start in the industry. “I started off with the rapping and then I kind of moved into acting. But I just took off, I had did a video when I was 11 of me rapping in the car in Atlanta, and it went viral, and from then on, I was getting calls from different labels. Empire, Def Jam, Warner Brothers, I was getting calls from everybody. It has always been my dream to be with Nickelodeon, I’ve always watched Nickelodeon since I was little. So, it has always been my dream to be signed with them, so I honestly feel like I manifested it.”

“When I used to watch TV shows on Nickelodeon when I was little, I used to say, ‘I wish I was on there. I wish I performed at the Kids’ Choice Awards. I wish I had my own TV show. I want to see what the set looks like. I want to do this, do this.’ And now I’m here, so I think just me saying it when I was younger, I just manifested it to be true,” she added.

The 14-year-old is one busy girl, in addition to her TV show, the rapper has teamed up with the LOL Surprise Dolls for their 707 Day Concert, streaming July 7.

“I’m actually very excited for that show, it was very fun filming with everybody,” she said of the concert. It’s going to be on 707 which is LOL upside down, so be prepared for that. Parents can register for free tickets at lolsurprise.com/lolday. It’s going to be amazing and you don’t want to miss it.”

A post shared by That Girl Lay Lay (@thatgirllaylay)

Nickelodeon’s Kids’ Choice Awards: Here's Who Will Make an Appearance

'The Barbarian and the Troll': Inside Nickelodeon's New Action-Adventure Series! (Exclusive) 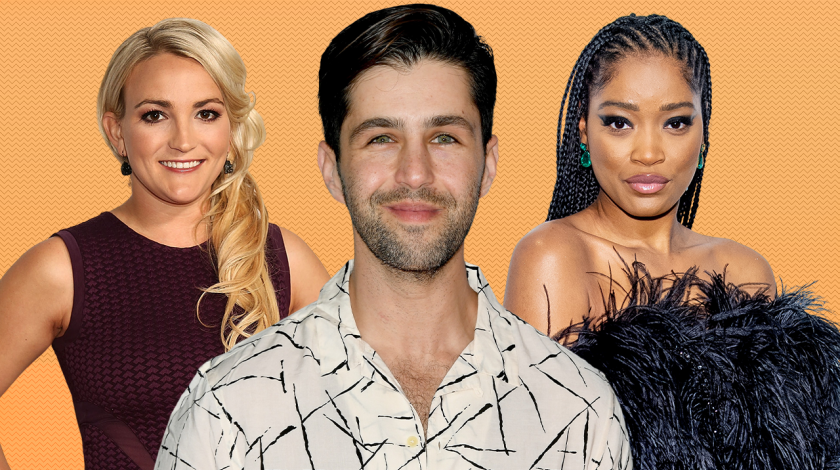 Nickelodeon Stars: Then and Now

News, That Girl Lay Lay
You may also like: