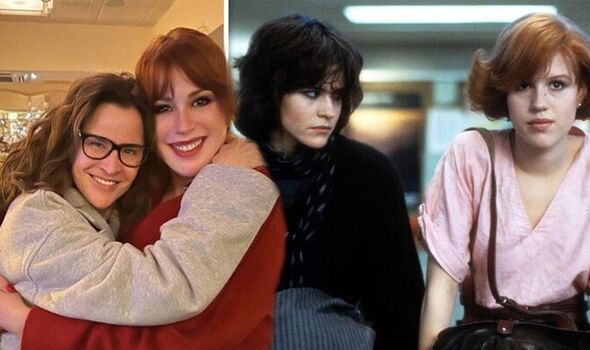 Molly Ringwald and Ally Sheedy proved they are still very much the best of friends 38 years on from filming the teenage movie The Breakfast Club in 1985.

Taking to Instagram, Molly, 54, shared a picture of her cuddling her 60-year-old former co-star as the pair reunited for a Christmas outing.

The film’s leading ladies were all smiles as they embraced each other’s company and posed for a picture together.

In view of her 1.5 million followers, she wrote: “Early Christmas present-dinner with my psychic sister Ally.”

Many fans were quick to comment on the pair’s snap, including Nia Vardalos who wrote: “Squeal!!!!!!!”

Stars of the show

25 years of The Breakfast Club