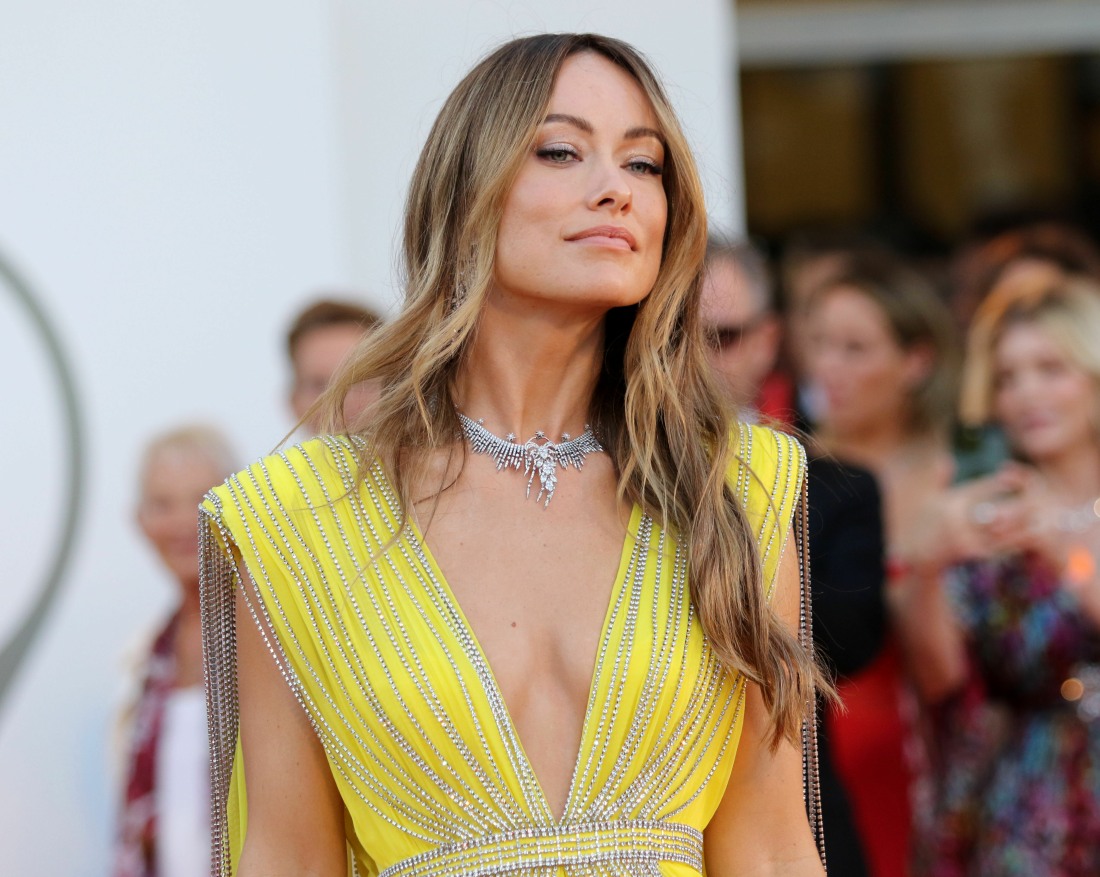 I think we can safely say that the real-life drama around Don’t Worry Darling was probably always going to eclipse the film, whether the film was good or bad. The fact that so many critics are blasting the film though… it’s quite delicious. All of this controversy, all of this drama and Don’t Worry Darling leaves Venice with a 43% rating at Rotten Tomatoes. Apparently, there are major script and story issues, but again, critics say that Florence Pugh is the best part of the uneven, stupid film, a film which “borrows” too much from other films. Hilariously, most critics are in agreement that Harry Styles is the worst part. So much for Harry’s big Oscar campaign. Olivia Wilde’s publicist is already trying to do damage control:

The cast of Olivia Wilde’s upcoming thriller Don’t Worry Darling assembled on the red carpet for the movie’s world premiere at the Venice Film Festival Sept. 5. But an industry insider says in the new issue of PEOPLE that all the drama surrounding the film has been “tough to navigate with a smile.”

The situation is unfortunate, continues the source, because “everyone went into the movie with the best intentions.”

Ultimately, the glitzy Venice premiere only fed the news cycle about behind-the-scenes tensions, the insider feels. “By trying to not make headlines they made way more.” Star Florence Pugh, who skipped the movie’s press conference but attended the premiere, “came out looking flawless while the others invoked questions.”

The insider believes the thriller itself could generate plenty of appeal without the pressures of the film festival premiere: “There is so much sexiness and intrigue to mine. They should have skipped the festival and led with marketing.”

Florence “came out looking flawless while the others invoked questions,” huh? While I agree that Florence came out looking flawless – a true quiet quitting queen – I would also argue that Chris Pine, Gemma Chan and Nick Kroll came out looking amazing because they were being used as literal buffers. Olivia Wilde’s own toxicity has touched every part of this promotion, to the point where her cast is in open revolt against her and making it clear that they’re ALL on Team Miss Flo. All except Harry Styles, who seemed to want to avoid both Florence and Olivia, bizarrely. Anyway, beware of industry insiders using passive voices. Olivia didn’t “invoke questions,” she had film festival organizers shut down entertainment reporters when they tried to ask her directly about how she lied about firing Shia LaBeouf. 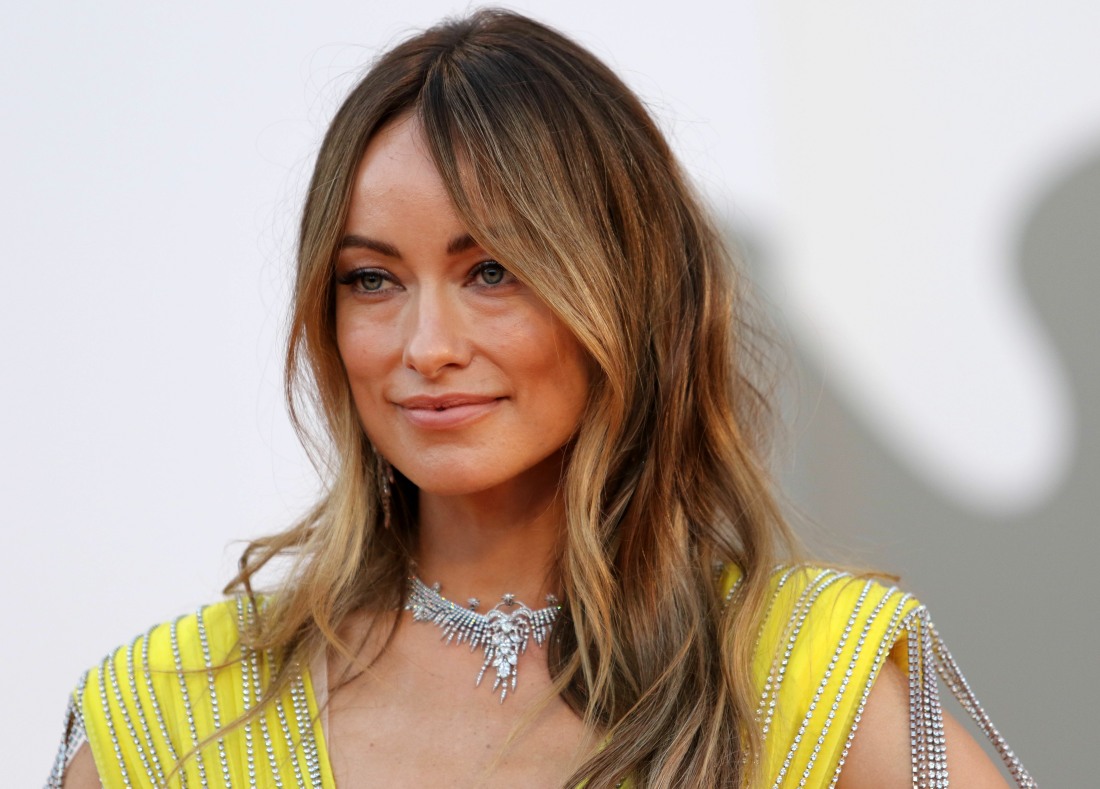 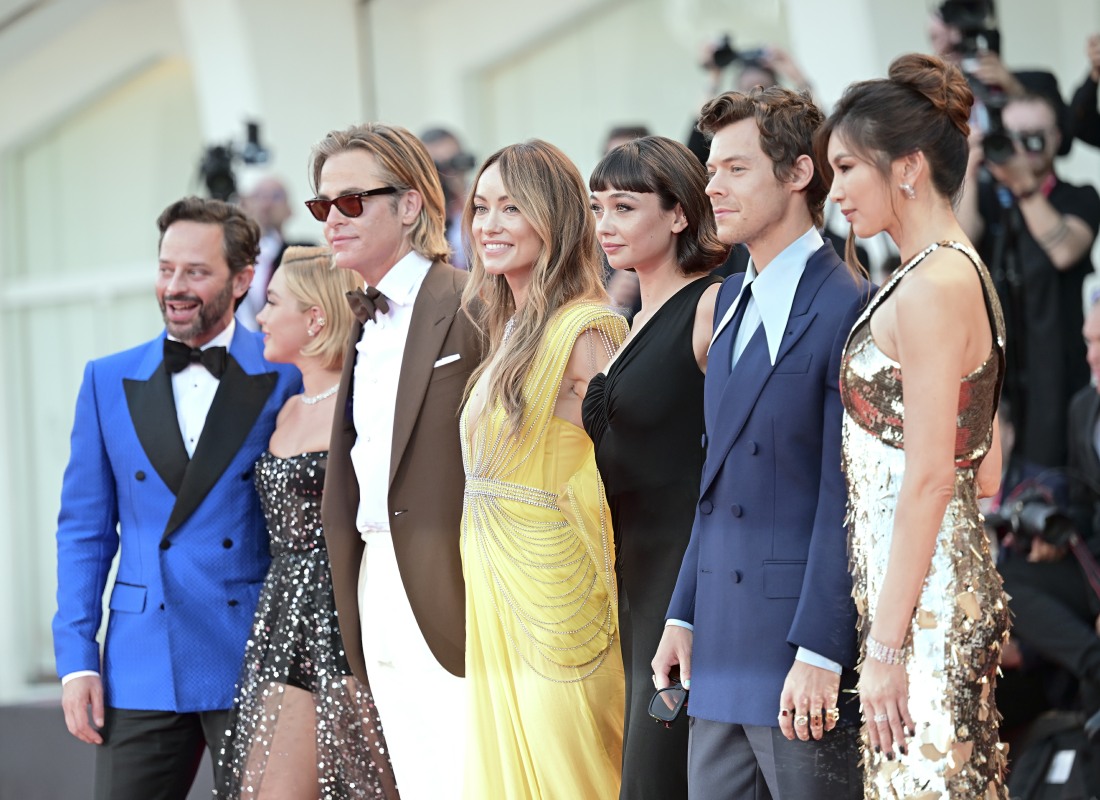