Hayley Orrantia and her beau Greg Furman are getting married!!!

The Goldbergs actress and singer shared the exciting engagement news on her Instagram on Wednesday (June 29).

“And then one day you meet someone who makes it all make sense. 💜💍 We’re getting married!” she captioned a sweet post.

“I get to marry my best friend 💍🥰 good thing she said yes! 😂” Greg wrote on his account.

See her ring and more inside…

Hayley and Greg have been together for over three years, after meeting through a mutual friend at work. 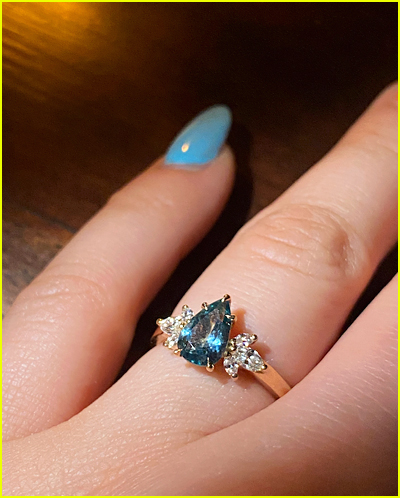 The actress is of course well known for playing Erica on the hit ABC comedy The Goldbergs. Erica actually got married in season nine earlier this year. The show will also be back for a 10th season later this year!

Hayley will also be starring as Nicola in the upcoming production of Kinky Boots at The Hollywood Bowl NEXT weekend, July 8-10th. Tickets can be purchased HERE!

Congratulations to Hayley and Greg on their engagement!!