The Joke Norm Macdonald Made About Cancer Before He Died 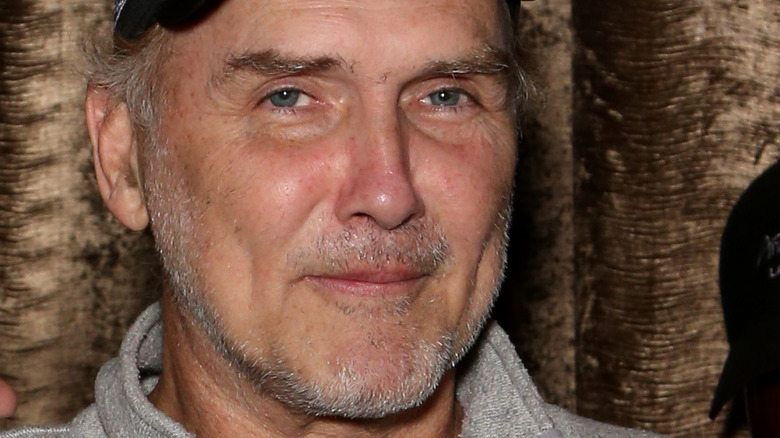 The death of Norm Macdonald took the entertainment world — not to mention his fans — by surprise. The “Saturday Night Live” alumnus had been concealing his cancer diagnosis and treatment for nearly a decade, perhaps out of a desire to not be pitied or treated as anything other than an edgy comedian. In addition to his memorable character work (which included his impressions of Burt Reynolds and David Letterman), Macdonald was famous for pushing the boundaries of taste. Defying warnings from “SNL” brass, he made pointed jokes about the O.J. Simpson trial, including the post-verdict quip, “Well, it is finally official: Murder is now legal in the state of California” (via Deadline).

Macdonald’s offhand sardonic style was another huge part of his appeal. Though he was best known for his irreverent topical humor, he could also leave an audience laughing hysterically just by reading groaners from an old joke book — which he did, during the Friars Club roast of Bob Saget (via NY Post). That delivery also served Macdonald well when he went on Conan O’Brien’s show and told a corny three-minute joke about a Russian moth visiting a podiatrist. (See it here on Twitter and try not to laugh along with Coco.)

No topic was off-limits to the comedian — not even the disease that cut his life short. Not long after Macdonald’s death was announced, fans recalled some eerily prescient jokes he told about cancer during a 2011 stand-up routine.

Norm Macdonald didn't want to be described as this 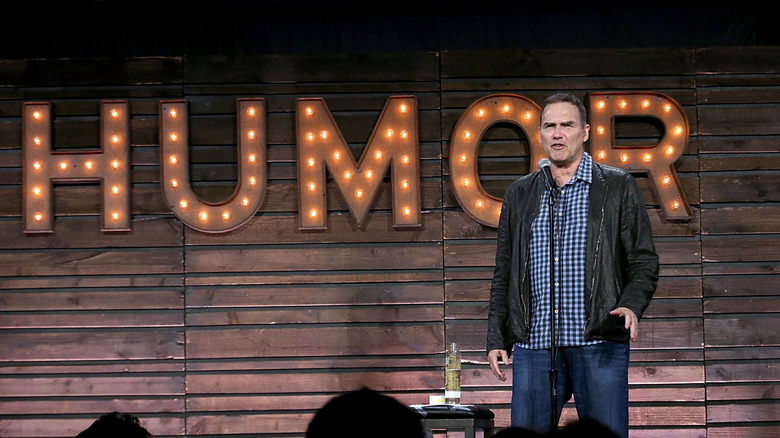 In an unearthed clip from the stand-up routine heard here on Insider, Norm Macdonald explained that his great-uncle Burt was ill with terminal cancer. “In the old days, a man could just get sick and die, y’know,” he said. “Now, they have to ‘wage a battle.’ … And the reason I don’t like it is that in the old days, they’d go, ‘Hey, that old man died.’ Now, they go, ‘Hey, he lost his battle.’ That’s no way to end your life. What a loser that guy was. The last thing he did was lose. He was waging a brave battle, but at the end, I guess he got kind of cowardly.”

Then Macdonald mused about his attitude about his own mortality. “When the f***ing sickle of death is around my g*ddamn neck, I’m going to be so cowardly. I’m afraid of going on ferris wheels and s*** … I don’t care how old I am. I could be 94, I’ll still be like, ‘Oh, please take my grandson … I’d gladly make a deal with the devil — I’ve read that in literature — oh, please …”

At 61, Macdonald sadly fell far short of his prediction. Rather than saying he “fought a brave battle,” we’ll say that he entered eternity ready to make the angels themselves weep with laughter.

a, joke, Macdonald, made, Norm, the
You may also like: