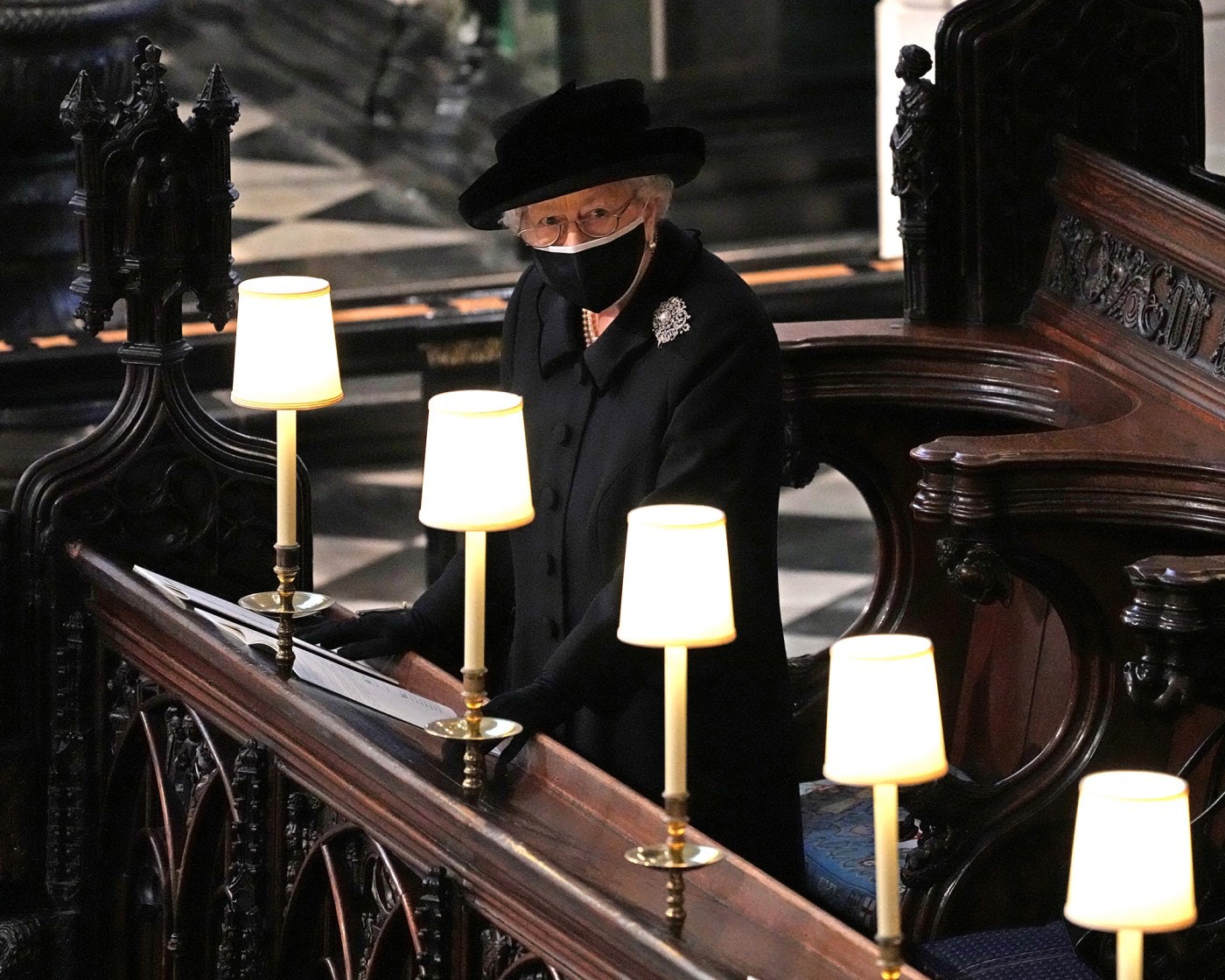 The royal family said goodbye to one of its most beloved members on April 17, as Prince Philip had a beautiful funeral at St. George’s Chapel. The Duke of Edinburgh passed away on April 9, and his royal relatives paid tribute to him in special ways at the event one week later, particularly through some symbolic fashion choices. The meaning of Queen Elizabeth’s brooch at Prince Philip’s funeral was one of the sweetest details, since it has a romantic history in the royal family.

Due to the coronavirus-related restrictions, the funeral was much smaller than a usual event of this magnitude. While millions of royal fans tuned in on TV, only 30 of the Duke of Edinburgh’s closest family members were actually in attendance. One of them was his wife of 73 years, Queen Elizabeth, who donned an all-black ensemble and a standout diamond brooch known as the Richmond Brooch. According to Express, the brooch is one of the largest pieces in the Queen’s personal collection, and normally features a pear-shaped, pearl drop detail. But at her late husband’s funeral, she chose to remove that component altogether.

While casual viewers may not recognize the jewelry piece, it has a super romantic meaning within the royal family. Queen Elizabeth’s grandmother, Queen Mary, received the brooch as a wedding present back in 1893, and even wore it on her honeymoon. This isn’t the first time the Queen has worn the brooch to an important occasion: She also wore it during the Duke and Duchess of Sussex’s wedding in 2018.

Of course, meaningful jewelry wasn’t the only way the Queen paid tribute to her husband. During the funeral, she left a handwritten note on top of Prince Philip’s casket. It appeared to say "I love you," and "Lilibet," a nickname the Queen was given as a girl. Prince Philip used the name as a term of endearment in many letters to his wife over the years, making her last written words to him all the more intimate.

The royal family also celebrated their love story on their official Instagram account in several posts. On April 10, the account shared a portrait of the couple from 2016, along with a moving quote the queen said in a speech during their 50th wedding anniversary in 1997.

"He has, quite simply, been my strength and stay all these years, and I, and his whole family, and this and many other countries, owe him a debt greater than he would ever claim," she said.