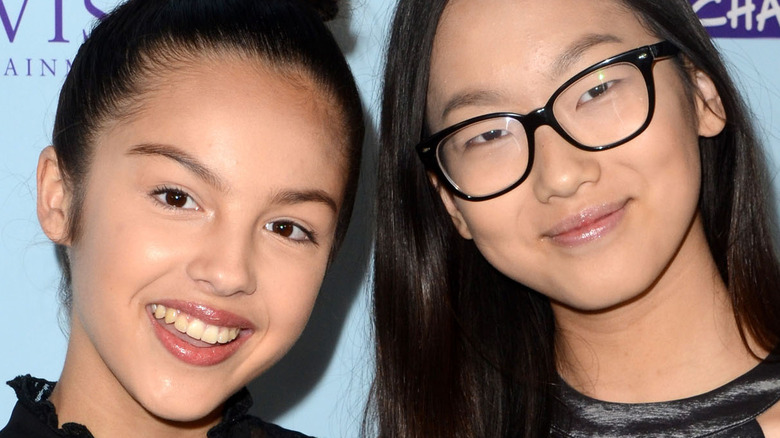 Before she got her driver’s license and was starring in “High School Musical: The Musical: The Series,” Olivia Rodrigo was on another Disney Channel show — “Bizaardvark.” According to IMDb, the series starred Paige (Rodrigo) and Frankie (Madison Hu) who would produce music videos for their YouTube-like channel titled Bizaardvark. On the show, Paige and Frankie were BFFs, but some fans may be wondering if Rodrigo and Hu were friends IRL as well.

In the past, Disney Channel stars have not always been so friendly with their co-stars. Back in the day, Miley Cyrus admitted to not getting along with her “Hannah Montana” co-star Emily Osment in her book “Miles To Go.” The “Wrecking Ball” singer wrote, “Emily and I tried to be friends, we really did, but it always ended in a fight. Our characters got along so well, why couldn’t we act the same in real life?” (via The Things).

Even the Cheetah Girls had some behind-the-scenes drama, according to Teen Vogue, which Raven-Symoné and Kiely Williams tried to resolve in 2020. However, as fans know, Rodrigo had to film the “High School Musical” series with her alleged ex Joshua Basset, which means she’s good at maintaining an on-screen relationship even when there is drama off-screen (via Vanity Fair). So was that the case with her and Hu?

Olivia thinks of Madison as her "soul mate" 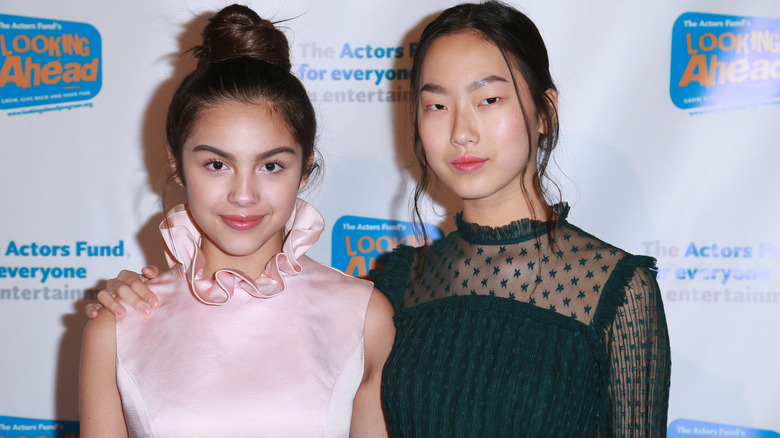 While Olivia Rodrigo is a great actress who could keep her composure through it all, her friendship with Madison Hu is totally real. In fact, on a Livestream promoting her debut single “Driver’s License,” Rodrigo even admitted that Hu is her “best friend in the whole world” (via YouTube). She also referred to Hu as her “soul mate” (via People).

In the same Livestream, Rodrigo even says that Hu was one of the friends she went to after the breakup, which caused her to write “Driver’s License” (via YouTube). The lyric where she sings, “And all my friends are tired of hearing how much I miss you,” was actually inspired by Hu (via Genius).

The two even have a pretty solid social media history that, if you scroll back on Instagram, shows some “chill-and-BFF time” of Rodrigo and Hu on the set of their Disney Channel show (via The Things). Hu doesn’t even post much on Instagram but will make an exception to wish her bestie a “happy birthday” (via Instagram). Hu even appeared alongside Rodrigo’s other BFFs — Conan Gray, Lydia Night, and Iris Apatow — in Rodrigo’s “Sour Prom Concert Film” (via Billboard). While these two are no longer starring on the Disney Channel, their bestie-ship is for life.

About, Olivia, Rodrigo, the, truth
You may also like: