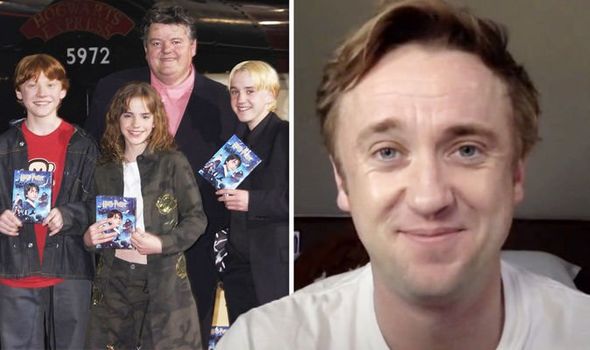 Tom Felton, 33, has stunned Sky News viewers with his dashing good looks during an appearance on the programme today.

The actor, who landed his first big movie gig playing Draco Malfoy in the Harry Potter film series at the age of 13, was all grown up as he chatted about his latest project.

Tom is set to front the online event live from Wales, where he is currently filming Sara Sugarman’s Save The Cinema.

The live show will be broadcast via BIFA’s Facebook page.

During Tom’s interview, fans flocked to social media to gush over the star’s looks, with one person tweeting: “Why is this man so perfect?”

Another added: “HE IS SO FINE WHAT THE HECK? ALSOOO WE ARE EXCITED.”(sic)

A fourth fan was looking forward to seeing Tom looking dapper for the virtual ceremony, commenting: “@TomFelton YOU IN A SUIT TONIGHT.”

“I only see it because the presenter is the most beautiful man on this earth,” a sixth person added.

“The most beautiful host,” a seventh admirer agreed.

Ben Stiller Shows Off Banana Bread He Made During Quarantine at Golden Globes 2021!

Rosamund Pike’s Dig At Rudy Giuliani Has Twitter On Fire