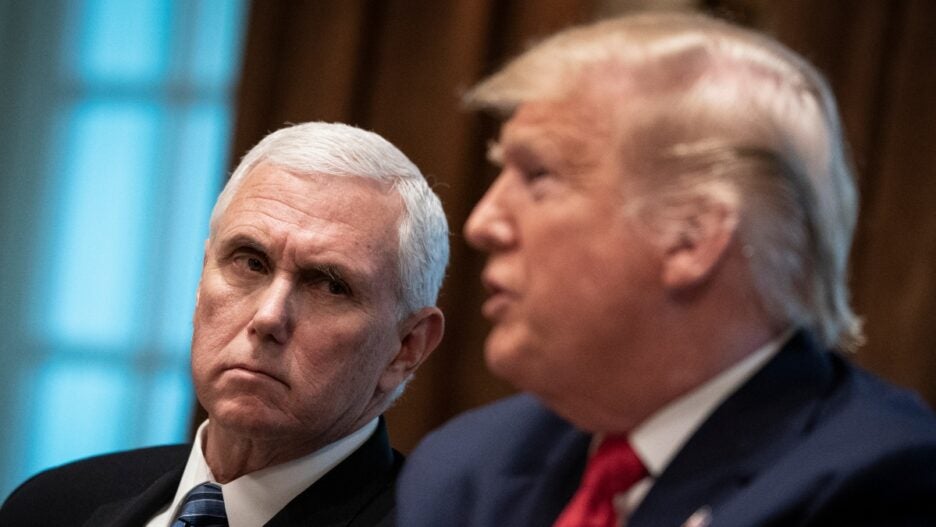 Former president Donald Trump on Monday suggested that he might dump Mike Pence as his running mate if he seeks re-election in 2024.

In a phone interview with Fox Business News, Trump floated Florida governor Ron DeSantis as a replacement for Pence, whom he successfully won in 2016 with.

“I would certainly consider Ron,” Trump responded to host Stuart Varney when asked if he would tap DeSantis. “I was at the beginning of Ron. I was the first one to endorse him when he came out as a congressman that a lot of people didn’t know and my endorsement helped him tremendously and I know him very well. He’s a great guy.”

“We have other great people, I mean you look at some of the people, the Republican people, that have done a great job with states,” Trump added. Not once did Pence’s name come up during the entire segment. 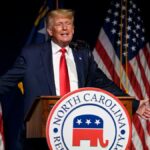 Last week, the former vice president was roasted for his response to the Jan. 6 Capitol riot.

“President Trump and I have spoken many times since we left office, and I don’t know if we’ll ever see eye to eye on that day,” Pence said. But I will always be proud of what we accomplished for the American people over the last four years.”

Some of the Trump supporters at the riot chanted “Hang Mike Pence” and even erected a gallows. They claimed Pence was disloyal to Trump for not overturning the election results (Pence does not have that power). Pence was at the Capitol when the building was breached and fled with other members of Congress.

Varney also asked Trump if he would run for Congress in 2022, to which he replied “highly unlikely.” In other parts of his interview, Trump doubled down on his false claims that he won the election and said social media platforms were run by “radical left crazy people” after he was deplatformed.