Tyra Banks had a cheeky response to fans who poked fun at her “Jurassic Park” dress. The Dancing with the Stars host wore a burgundy gown on the show’s Sept. 27 episode that drew a lot of comparisons to the prehistoric animals featured in the 1993 film. A photo of Banks in the gown went viral after some fans posted it side by side with images of the dinosaurs in the movie. This flood of questionable press caused Banks to respond to the commentary. 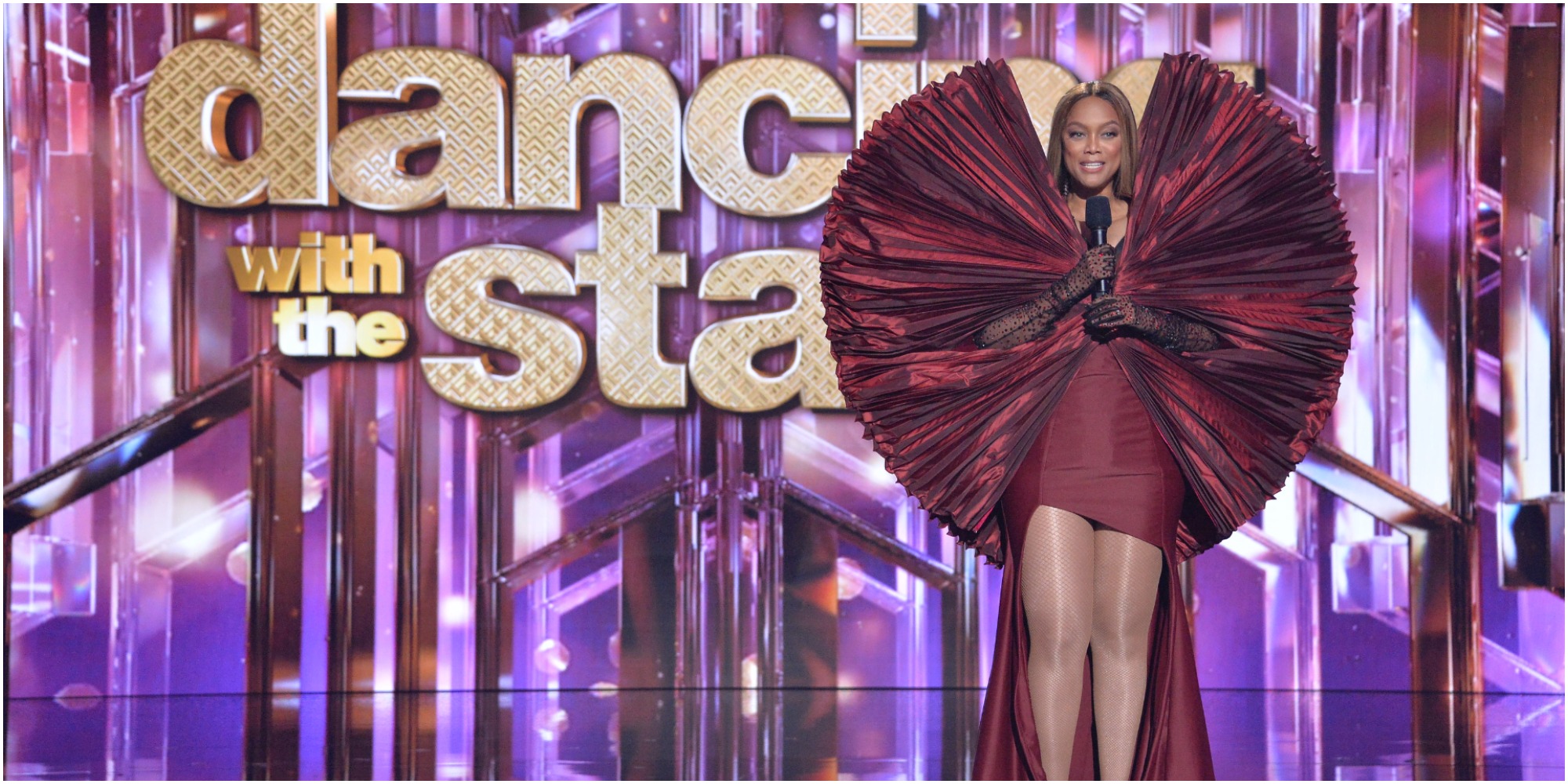 The dress that caused such controversy

Banks walked onto the set of Dancing with the Stars on Sept. 27 wearing the House of JMC dress. The DWTS host credited costume designer, fashion illustrator, and stylist Natalia Barzilai and Eric Archibald for the look put together by the House of JMC for the series. The gown featured a large fan accent that covered the top half of her body.

Banks took to Instagram to show off her high-fashion style. In the caption of a photo where she modeled the gown, Banks penned a caption where she asked her followers their thoughts on the high-fashion look.

She posed the question, “Wings or a Fan?”

Social media users quickly added their ideas regarding the dress, saying it looked like characters from the dinosaur film or even bowtie pasta.

In an interview with E! News Daily Pop on Tuesday, Sept. 28, Banks explained the look she was trying to achieve.

“There’s a base of that dress. It looks like a normal, beautiful dress from the ’90s,” Banks said of the now-viral look.

“Then I go on the stage in front of the audience and everybody, and I put on the wing thing. And everybody was like, ‘Oh!’ because they thought the first thing was the normal dress,” she continued.

As a Victoria’s Secret Angel, Banks wore large white wings in several of her walks during the brand’s annual fashion show, which ended its run in 2019.

Tyra Banks is proud of her connection with Victoria’s Secret

Banks’ homage to her modeling past shows how proud she is of the path she has blazed for those models who came after her.

The former VS Angel penned a lengthy caption attached to an Instagram post featuring a shot from her runway days.

“To the new collective of ROLE models, I may have cracked that door open, but y’all are charging through. Keep on keepin’ on until we all LOSE COUNT of how many are breaking through behind you,” she concluded.

Dancing with the Stars airs Mondays at 8 p.m. EST on ABC.

Celebrity, Dancing with the Sta
You may also like: