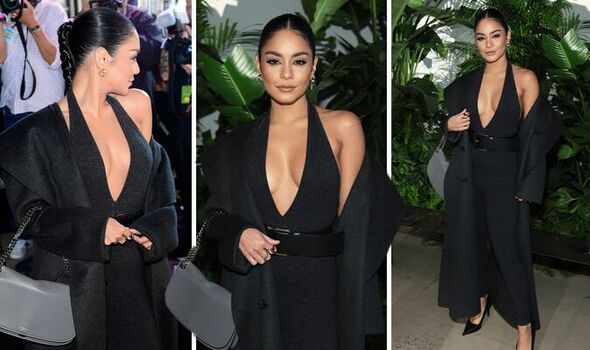 Vanessa Hudgens made sure to stand out from the crowd as she risked a wardrobe malfunction in a charcoal grey jumpsuit.

Vanessa Hudgens, 33, stunned onlookers in an eye-popping charcoal grey jumpsuit as she arrived at the Michael Kors Runway show as part of New York Fashion Week.

The High School Musical star risked a wardrobe malfunction in the plunging belted catsuit, showing off her gym-honed figure.

Keeping coordinated, the actress sported a long coat in the same colour, dropped off her shoulders exposing her tanned complexion.

The Hollywood star accompanied the ensemble with black stiletto heels and an off-grey clutch bag.

Vanessa slicked her hair back in a bun and went for a smokey eye and natural lip, keeping attention on her breathtaking jumpsuit. 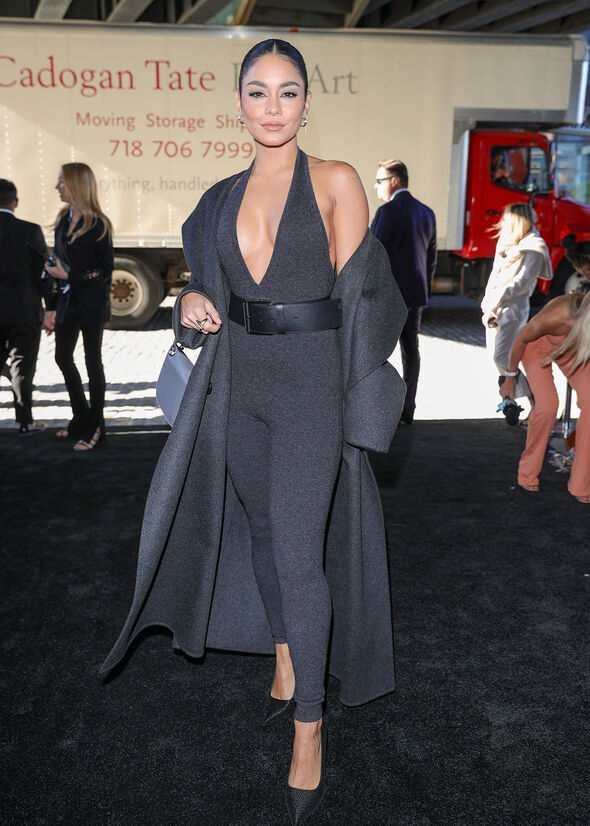 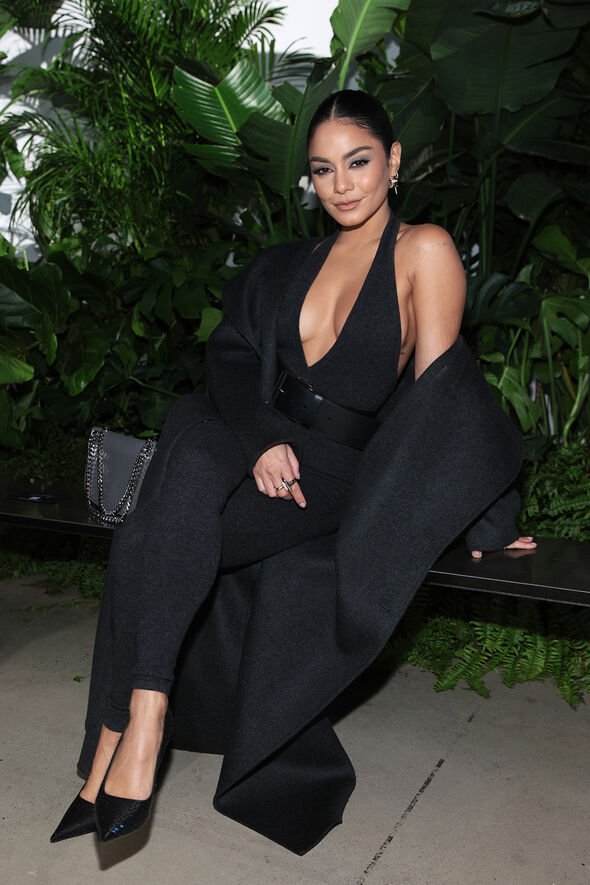 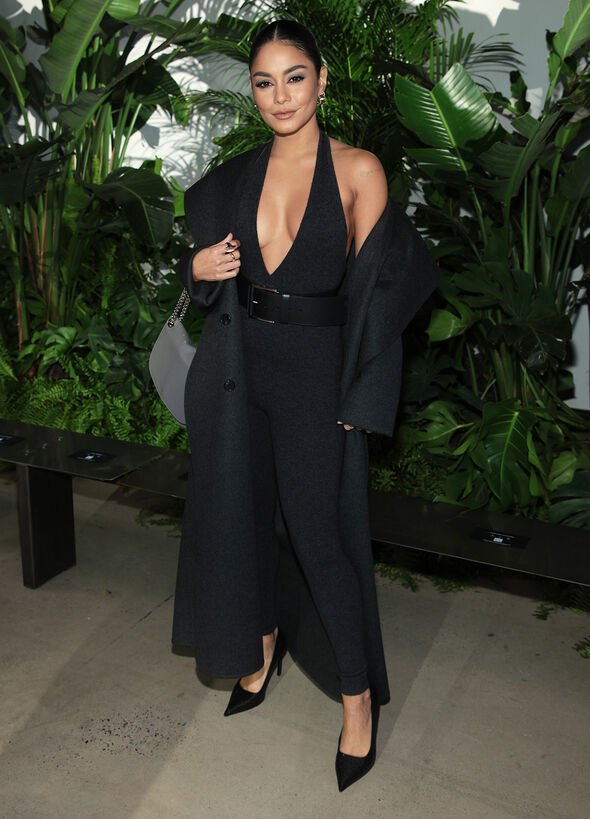 Vanessa Hudgens kept on theme as she went for a smokey eye and natural make-up, keeping attention on her eye-popping jumpsuit. 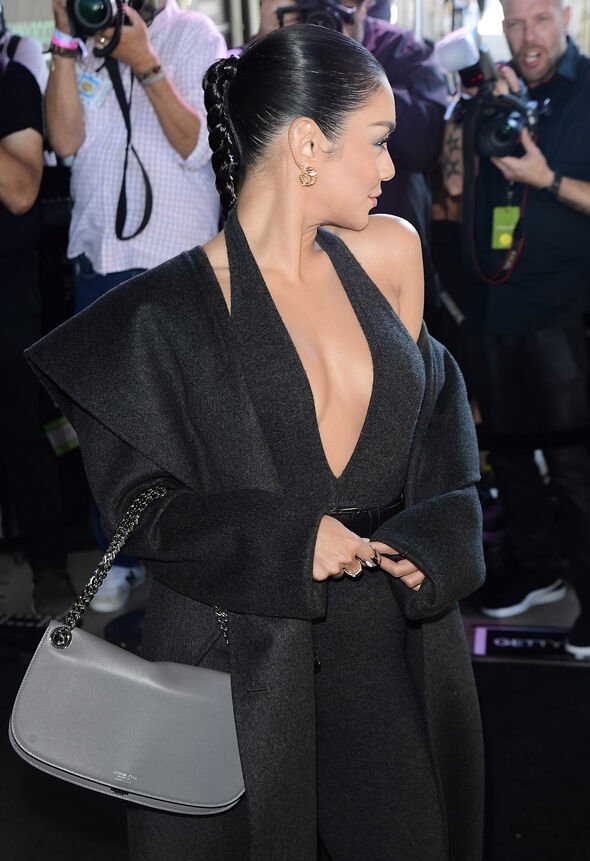 Vanessa Hudgens slicked her hair back in a bun

Vanessa Hudgens styled her dark locks in a slicked back bun, making sure not to distract from her ensemble. 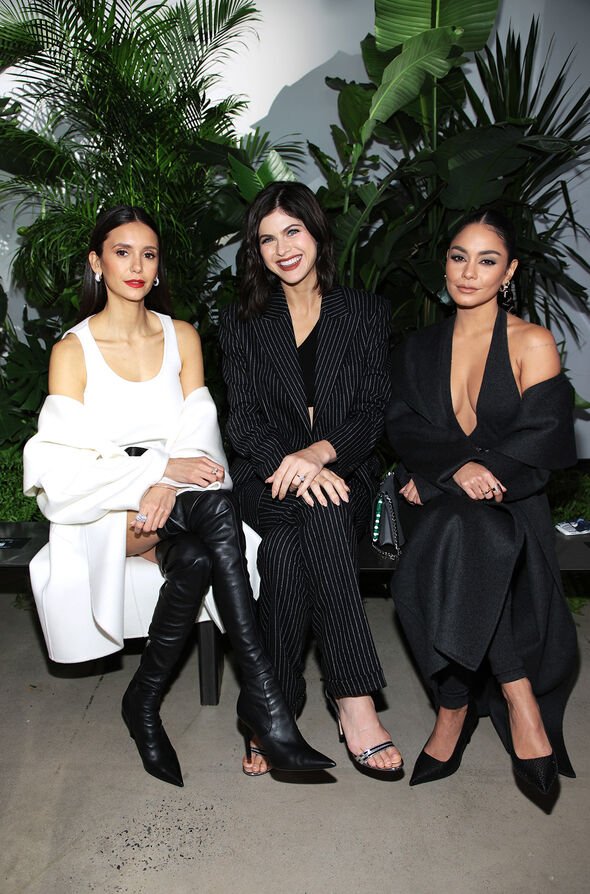 Vannessa Hudgens admitted in an interview with Nylon: “The public only sees so much. I’ve also been through two very long life-changing relationships, and no one really knows what happened except for me. When I write my memoir, it’ll be amazing.” 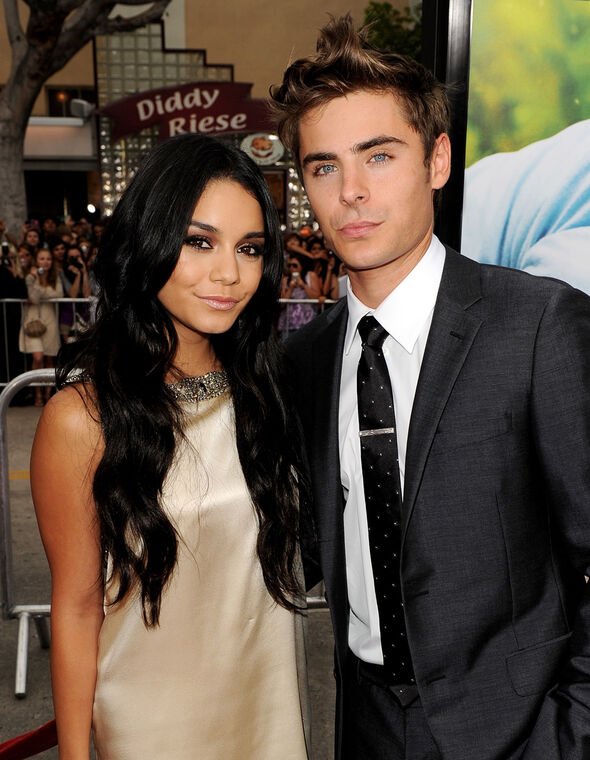 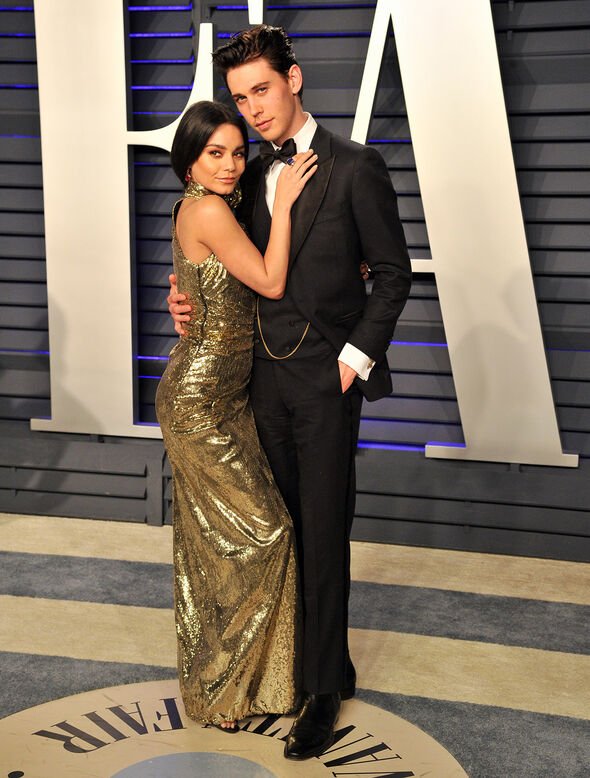 Vanessa Hudgens and Austin Butler dated from 2011 until 2020, when they split after nine years together. Austin is now in a relationship with Cindy Crawford’s daughter, Kaia Jordan Gerber. Vanessa is also in a new relationship with Cole Tucker.