Vice President-elect Kamala Harris covers the February issue of Vogue, but her team — and plenty of social media users — aren’t happy with the shot the magazine selected.

The Huffington Post contributor Yashar Ali was first to report on Twitter that Harris’ team thought the cover would be of her in a powder blue suit as opposed to the photo of her wearing a black jacket and Converse Chuck Taylor sneakers. According to Ali, the team was “blindsided,” and only found out about the switch when images leaked on Saturday.

Some social media users have been vocal about their disappointment at the cover, criticizing the lighting and the casual styling. 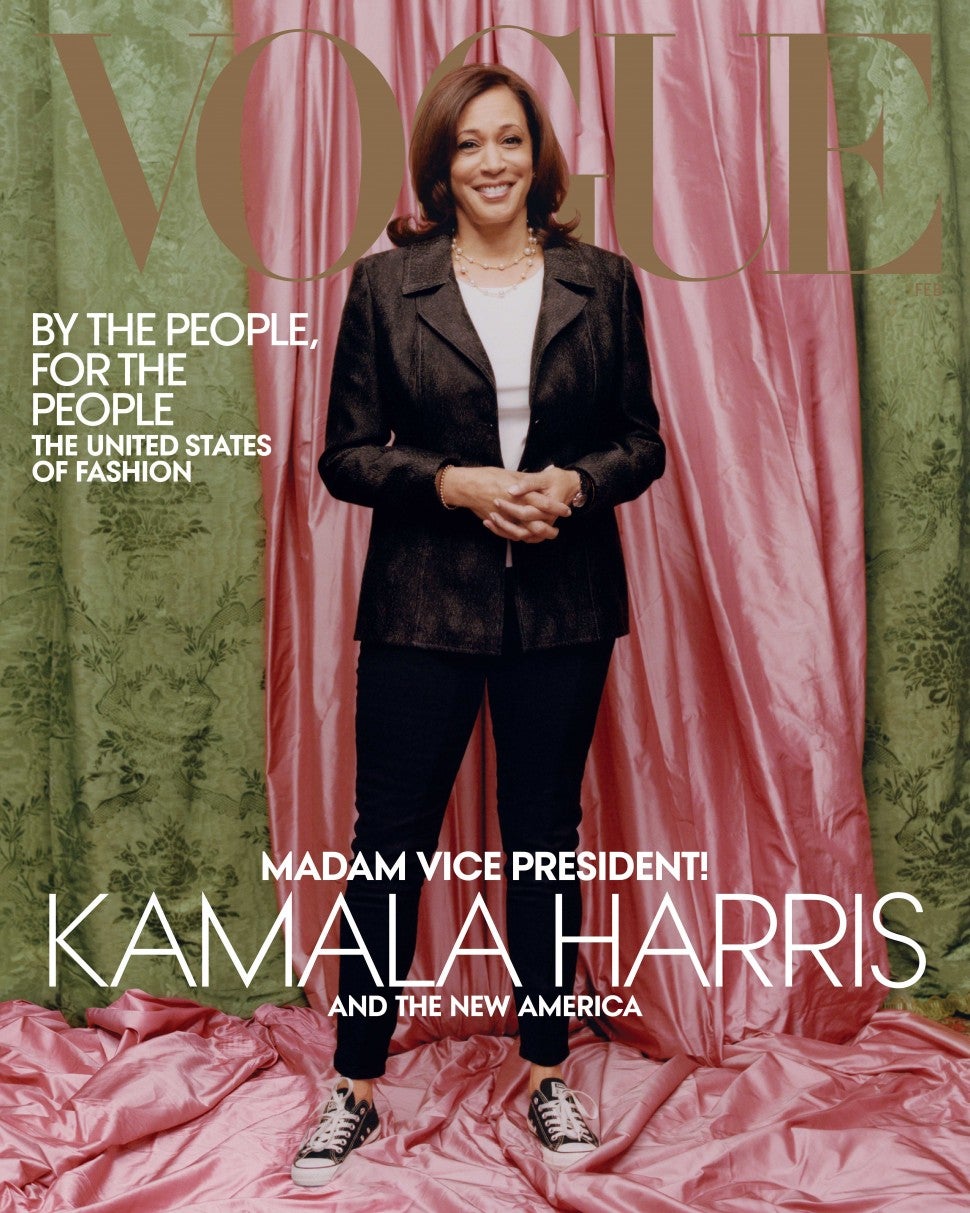 Folks who don't get why the Vogue cover of VP-elect Kamala Harris is bad are missing the point. The pic itself isn't terrible as a pic. It's just far, far below the standards of Vogue. They didn't put thought into it. Like homework finished the morning it's due. Disrespectful.

Anna Wintour needs to go. If the only time her team can properly style a black women is when she’s covered in couture then her tenure has ran it course. Look at how Kamala Harris’ Elle cover straight up bodied Vogue. Electric chair! pic.twitter.com/aBVZIho98P

Vogue responded to the controversy on Monday with a statement, noting that the shot of her in the blue suit is also on a digital cover of the issue.

“The team at Vogue loved the images Tyler Mitchell shot and felt the more informal image captured Vice President-elect Harris’s authentic, approachable nature — which we feel is one of the hallmarks of the Biden/Harris administration,” the statement reads. “To respond to the seriousness of this moment in history, and the role she has to play leading our country forward, we’re celebrating both images of her as covers digitally.”

Making history was the first step. Now Harris has an even more monumental task: to help heal a fractured America—and lead it out of crisis. Read the full profile: https://t.co/W5BQPTH7AUpic.twitter.com/OCFvVqTlOk

A source close to Vogue also tells ET that the high-fashion magazine’s approach to working with Harris and her team was to capture her as a leader and as a person, and as she was most comfortable. The source says they collaborated closely on all creative decisions, including that she would dress and style herself for the shoot, and both looks were selected by the Harris team. According to the source, Vogue selected the image for the print cover that they felt captured her optimism, personality and authenticity.