Wallace Shawn defends working with Woody Allen: 'I felt a great respect for him' 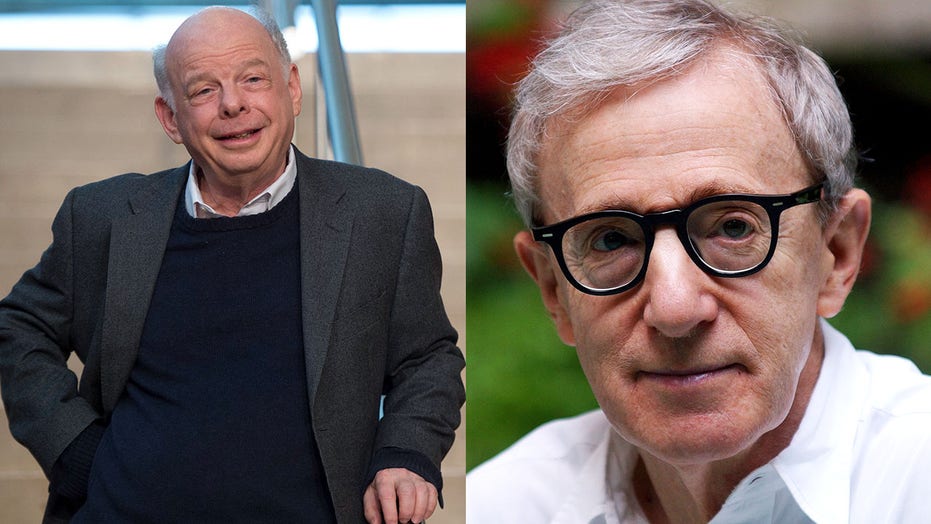 Wallace Shawn is defending his decision to continue working with Woody Allen.

On Wednesday, the actor wrote a guest blog for TheWrap.com where he described feeling “troubled” by those choosing not to work with the director.

Much of Hollywood has distanced itself from the filmmaker since the #MeToo movement prompted a re-examination of child sexual abuse allegations from his now-grown daughter, Dylan Farrow. Stars like Michael Caine, Timothee Chalamet and Greta Gerwig are among those who have publicly expressed regret over working with the 85-year-old. 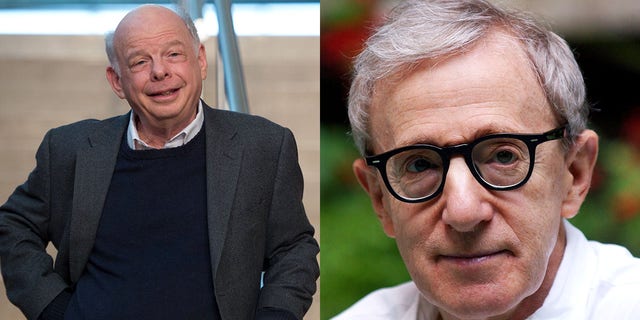 In 2014, Farrow wrote an open letter for The New York Times where she alleged Allen molested her as a child. The allegations were first reported during his split from her mother Mia Farrow, with whom he shares sons Moses and Ronan. Allen has long denied sexually abusing the now-36-year-old.

“By the time of this open letter, I had appeared in five films directed by Woody Allen,” wrote Shawn. “These had been wonderful experiences for me, and I was thrilled to have participated in the work of such a marvelous filmmaker. And although I certainly wouldn’t have claimed to have had more than the briefest chats with him on the set, I had a sense of him. I felt a great respect for him – and a great affection.”

The 77-year-old noted how Farrow described how “the public acceptance of Woody Allen, and the awards and accolades he received, made her feel that she was being personally rebuked as if she were being told to ‘shut up and go away,’ and she singled out by name certain actors who had appeared in Woody Allen’s films and asked them directly what they would feel if their own children or they themselves had been abused.” 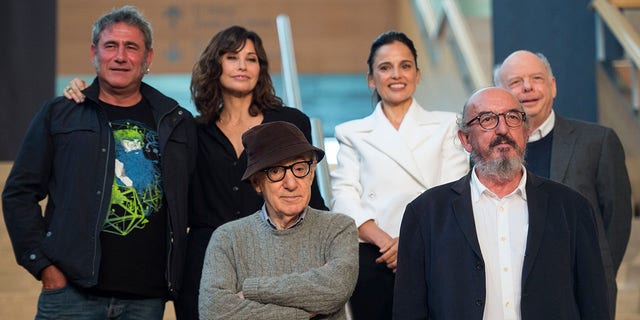 Shawn, who was not personally named in the letter, said that by singling out certain actors by name, she was “making the point that, in her view, for an actor to appear in one of Woody Allen’s films demonstrated an indifference or contempt towards her.” He shared that, as someone in the acting community who has worked with Allen, he needed to take the “challenge” personally.

The star admitted that he may be “too biased to consider the subject objectively,” Shawn wrote that the narrative Farrow “presented left a lot of questions unanswered, and it certainly didn’t square with the sense I had of Woody Allen.”

“What we know for sure is that by August of 1992 Woody Allen and Soon-Yi Previn, Mia’s oldest daughter, were involved in a love affair, that Woody Allen and Mia Farrow were, to put it mildly, estranged, but that as the father of three of Mia’s children (he was acknowledged as the biological father of Satchel, now Ronan, and the adoptive father of Moses and Dylan) Woody continued to visit Mia Farrow’s house in Connecticut while their lawyers were discussing future custody arrangements,” he explained. 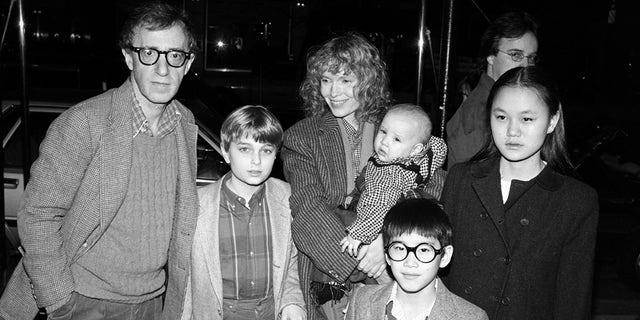 “We also know that Woody and 7-year-old Dylan had always seemed to have an intense relationship, and Woody clearly adored her,” Shawn continued. “But Woody’s visits took place in a strange atmosphere because Mia had told her close friends and her household staff that she now saw Woody as a dangerous predator.

“He was sexually involved with Soon-Yi, and to Mia, it seemed totally possible that he might suddenly pounce on one of the other children, possibly Dylan, and so she told her staff and friends that for this reason, they all had to literally watch Woody at all times. Her way of interpreting Woody’s becoming involved with Soon-Yi, in other words, was to see him as someone totally in the grip of uncontrollable sexual madness.”

In his op-ed, Shawn described how authorities initially turned the case over to the Child Sexual Abuse Clinic of Yale-New Haven Hospital and, how after an investigation lasting seven months involving repeated interviews, concluded no abuse had occurred. 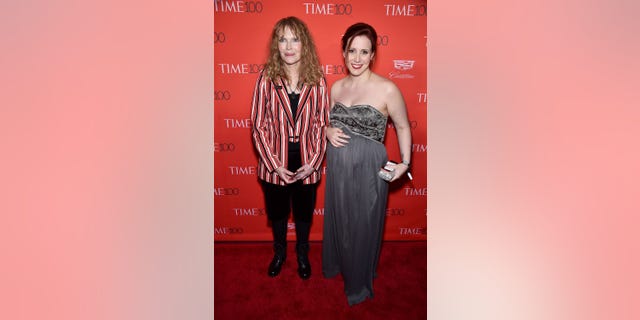 “Over the course of repeated re-tellings, Dylan was not consistent in her account of what had happened, where it had happened, and other details, and sometimes she said that nothing at all had happened,” he wrote. “The case was then re-examined by the New York Department of Social Services, which also concluded that the accusation of abuse was unfounded.”

“The state’s attorney in the Litchfield sector of Connecticut, as might have been expected due to the fact that the attorney didn’t have a basis on which to convince a jury of Woody’s guilt, then declined to bring a case against Woody, although he claimed that he would have liked to do so and only refrained from doing so out of concern that a trial would traumatize Dylan,” added the actor.

In his piece, Shawn wrote how “the telling and re-telling of what we think we remember” can influence one’s memories “as can the passage of time itself.” He wondered how the circumstances of Farrow’s upbringing could have impacted her own memories. 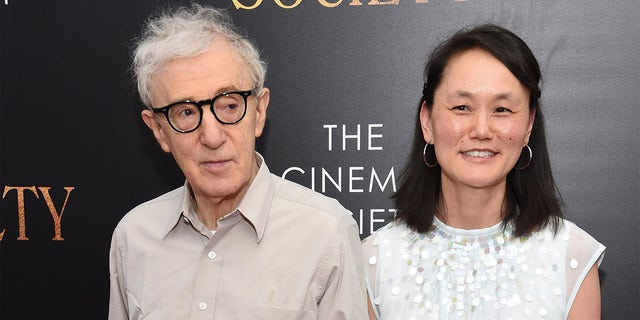 “… We’re obliged to believe either that Woody is a child molester or that Dylan is sincere but mistaken,” he explained. “To me, it seems that a distressed child under a lot of emotional pressure in an impossible and impossible-to-understand situation might very easily become confused and might misjudge, misread, misinterpret, misdescribe and then misremember all sorts of things.”

“In the atmosphere of that household in August 1992, she might have become frightened of Woody and, when asked questions by her mother, backed into an account of ‘touching’ that gradually took on more defined and lurid contours,” he shared. “Especially when it was an account that at that time her mother found it very easy to believe, an account, in fact, that was a perfect confirmation of her mother’s current view of her former lover. So yes, of course, it’s possible for a seemingly respectable person to be a child molester. But it’s also possible for a person to be quite convinced that certain things happened, even though they didn’t happen, and in my view, this is the case with Dylan.”

“I’m perfectly capable of valuing Dylan as a person and wishing her every happiness in her present and future life even though I don’t believe that the episode she’s described ever actually occurred,” he later concluded. “I’ve known, admired and loved people who sincerely believed they had personal contact with God, though I myself have always remained a nonbeliever.” 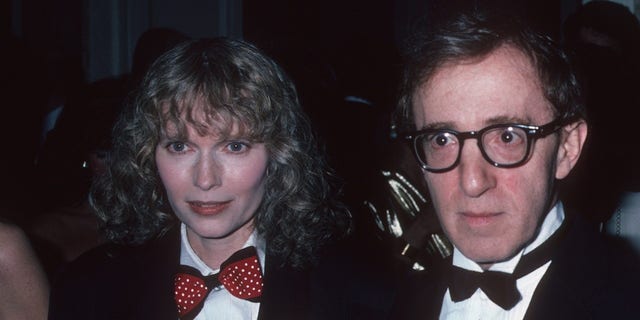 According to the outlet, Farrow declined to comment on Shawn’s piece through a spokesperson, but said the idea that the actor “could validate Dylan’s personhood and then go to invalidate her life experience” was “flawed.”

A rep for Mia, 76, didn’t immediately respond to Fox News’ request for comment.

Earlier this year, Farrow was the subject of an HBO documentary titled “Allen v. Farrow” that investigated the sexual abuse allegations made by Farrow.

Allen and Previn, 51, didn’t participate in the documentary, nor did Moses Farrow, the son of Allen and Mia Farrow. In a 2020 memoir, Allen said he “never did anything to her that could be even misconstrued as abusing her; it was a total fabrication from start to finish.” Farrow has maintained that she was abused.