Follow
Home » Celebrities » Why Clubhouse's Momentum Could Stall Out

Why Clubhouse's Momentum Could Stall Out

As LA Movie Theaters Reopen, Indies Are Lagging Behind the Major Chains

Why Clubhouse’s Momentum Could Stall Out

Clubhouse may be the hot new app of 2021, but a growing chorus of skeptics are now questioning whether the audio-driven service can retain its momentum.

Shaan Puri, Twitch’s senior director of product, raised a number of concerns about Clubhouse’s long-term prospects in a tweet thread earlier this week despite its rapid grown in users from 2 million at the start of the year to 10 million by mid-February. Puri warned that “retention is slipping” and that Clubhouse’s daily user growth isn’t as impressive as it was even a few months ago. (A Clubhouse rep did not immediately respond to TheWrap’s request for comment.)

The key issue, Puri said, is that Clubhouse has a “bad case of The Interesting-ness Problem,” where it needs to have compelling content facing each user the moment they open the app. That’s not as big of an issue for major apps like Instagram and TikTok, which have hundreds of millions of users churning out “juicy content” that the apps can then showcase back to other users. But for Clubhouse, it’s a bigger challenge, Puri said, especially when you consider the app needs its content to not only be interesting, but live.

Gabriella Mirabelli, host of the Up Next Podcast, raised similar concerns in a LinkedIn post last week. Mirabelli warned that people are typically platform multi-taskers who like to listen to audio at the same time they’re scrolling through Instagram and other apps. Clubhouse users can use other apps while listening in, but she argued that Clubhouse doesn’t do enough to  alert users about content they would like to hear right now — which hurts the app’s ability to keep users coming back for more.

Clubhouse’s discoverability challenges are similar to YouTube or Netflix’s, she said, “except the content is live, not viusal, always changing, outside of CH control and currently they aren’t able to swiftly telegraph to users the content they’ll enjoy jumping into.” And there’s an obvious down side if you don’t happen to stumble into a compelling conversation right away: “After a few exploratory listens… without finding anything really interesting, why go back?”

In Clubhouse’s defense, some of these perceived flaws are probably by design. Co-founder Paul Davison previously told TheWrap the app is focused on “meaningful conversations” that aren’t necessarily suited for quick-hit social platforms like Twitter. And because the app is built on live audio, it can be harder to alert users to a conversation or a room they may want to listen to. Still, the app has already rolled out a couple features that should make it easier for users to keep track of content they’d like to listen to, including allowing users to “follow” rooms dedicated to certain topics, like NFTs; users are also able to follow their favorite Clubhouse users and receive alerts whenever they speak.

It’s also worth remembering that Clubhouse launched less than a year ago and, until recently, only had eight employees. Concerns raised today could be addressed by an app update that comes tomorrow.

Still, Clubhouse probably needs to move quickly, because Twitter and Facebook have already set out to crush it. Facebook is working on its own Clubhouse clone (revealed only days after CEO Mark Zuckerberg first popped up on Clubhouse). This shouldn’t come as much of a surprise, considering Facebook-owned Instagram blatantly copied Snapchat’s Stories feature, which allowed users to post pictures and videos with a 24-hour shelf life, in mid-2016. The move paid off big time for Instagram, with its monthly active user base doubling from about 500 million to 1 billion within three years. 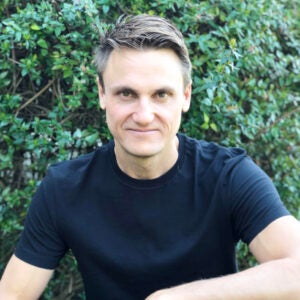 Meanwhile Twitter’s alternative to Clubhouse, dubbed Spaces, is already live, allowing users to host rooms and invite other users to come listen in. Twitter looks poised to make this a key feature, with tech blogger Jane Manchun Wong pointing out this week Twitter is already working on a dedicated page or tab just for Spaces.

“Twitter Spaces has a real chance of doing to Clubhouse what Instagram stories did to Snapchat,” Alex Kantrowitz, publisher of the Big Technology newsletter on Substack, told TheWrap. “Which means that, it’s not going to destroy the app, but it can certainly cut off and capture much of the growth that would’ve happened without this copycat competitor.”

Kantrowitz pointed to a few built-in advantages that Twitter enjoys, including being the default app for breaking news. (You can read his bull case for Twitter Spaces by clicking here.) Twitter’s biggest advantage, though, could simply be its scale. The app had 192 million daily users at the end of 2020, making it about 20 times the size of Clubhouse. The “network effect” is key here, Kantrowtiz said. For an app that’s driven by interesting conversations like Clubhouse, it’ll have to cast a wider net in order to expose its users to a greater selection of stories and opinions.

What’s the first step to making this happen. Kantrowitz said it’s simple: Clubhouse needs to release an Android app ASAP. “Until they release on Android, they’re kidding themselves that they’ll have any chance against a company like Twitter, which has iOS and Android apps that work pretty well,” he said.