10 Tech and Entertainment Acquisition Targets in 2021, Including Struggling AMC Theatres

“They have come to the realization that they are clearly being exploited and weaponized,” one tech expert says

As President Donald Trump remains locked out of Facebook and Instagram, and strangely quiet on Twitter following a 12-hour suspension, a question looms: Will the tech giants that have largely allowed the commander-in-chief to post falsehoods, insults and threats with impunity for years, finally ban Trump for good?

“The president should not be permitted to continue tweeting,” Danielle Citron, a member of Twitter’s Trust and Safety board and a professor at the University of Virginia Law School, wrote in a Wednesday op-ed for Slate. “I would have suspended his account long ago, given how harmful he has been to public health and our democracy. But Wednesday showed that he needs a serious timeout, perhaps a permanent one.”

David Ryan Polgar, a tech ethicist and the founder of the organization All Tech is Human, said platform platforms like Facebook and Twitter have a “moral obligation” to “be aligned with public interests.” “They’re directly intertwined with the health of democracy,” Polgar said. “This is a watershed moment where we’re realizing that social media platforms can be weaponized — and we need to deweaponize them.”

Since Wednesday, a domino effect has occurred in Silicon Valley: After Trump praised the mob of MAGA rioters who stormed the Capitol on Wednesday as “patriots” and fanned the flames of unrest by repeating the false and baseless claims of a “stolen” election, Twitter said it would lock Trump’s account for at least 12 hours and threatened to permanently ban him for future policy violations.

Facebook followed suit on Wednesday evening by blocking Trump from posting to his page for 24 hours; by Thursday morning, Facebook chief Mark Zuckerberg announced that the block would last “indefinitely,” at least through the end of his presidency on Jan. 20, and called the risk of allowing Trump to keep posting to Facebook “simply too great.”

Other platforms have also taken action. Twitch, Snapchat and Shopify have also suspended or deactivated Trump’s accounts, while Google’s YouTube said it will temporarily restrict accounts, including Trump’s, that spread election misinformation.

But Olivier Sylvain, a law professor at Fordham University who specializes in communications law and policy, said there could also be a more “cynical” reason why Twitter and Facebook are finally cracking down on Trump now — even if they are so far stopping short of permanent bans.

“Trump is no longer going to be President of the United States, and the pressure that Facebook and Twitter and others felt because of the threat of regulation, as misbegotten as it was, is no longer as furious,” Sylvain told TheWrap. 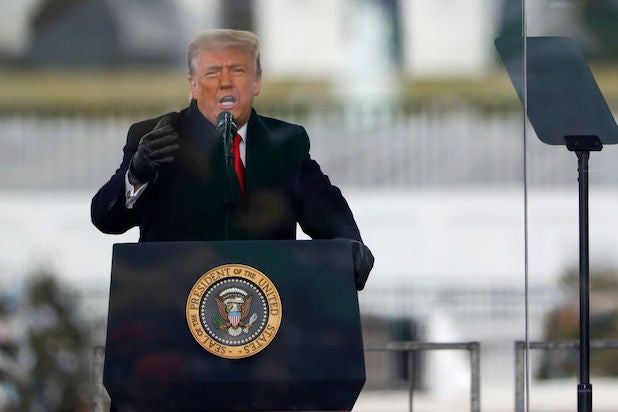 After years of defending free expression as paramount, the Capitol riot on Wednesday appeared to cross a line for Facebook and Twitter. Polgar believes that’s because there was a clear link between Trump’s language and the ensuing violence in Washington, D.C. “If you really look at how platforms consider speech regulation, it’s based on the deep-seated beliefs that we tend to have as Americans that good ideas and bad ideas should be able to fight each other out in the ‘marketplace of ideas,’ and that good ideas rise to the top,” he said. “What has crossed the threshold for a platform like Twitter is that they have come to the realization, I think, that they are clearly being exploited and weaponized.”

For years, activist groups, critics and even some tech company employees have been calling on social media companies to deplatform Trump. But since Wednesday’s violence at the Capitol, the calls have grown louder.

“Now is the time for Silicon Valley companies to stop enabling this monstrous behavior — and go even further than they have already by permanently banning this man from their platforms and putting in place policies to prevent their technology from being used by the nation’s leaders to fuel insurrection,” former First Lady Michelle Obama said in a statement on Thursday, among many who called for a definitive ban. “If we are to have any hope of improving this nation, now is the time for swift and serious consequences for the failure of leadership that led to (Wednesday’s) shame.”

For those crying foul over concerns about the restrictions of free speech, even some leading First Amendment scholars have said Twitter and Facebook’s actions are “justifiable.” Jameel Jaffer, the executive director at the Knight First Amendment Institute at Columbia University, said on Thursday that while social media platforms should have a “heavy bias in favor of leaving political leaders’ speech up” — within limits.

He continued: “When the platforms reasonably conclude that a political leader is engaged in this kind of activity, they’re justified in taking his posts down — and in suspending his account, at least if he persists. To take an account down in these circumstances is not an affront to free speech, as some have suggested. To the contrary, it’s the responsible exercise of a First Amendment right.”

While it remains to be seen whether Twitter and Facebook will heed the calls to make their suspensions permanent, Polgar and Sylvain said Trump would likely be given the boot if he continued to spread lies or incite violence — but that would bring its own sets of complications. 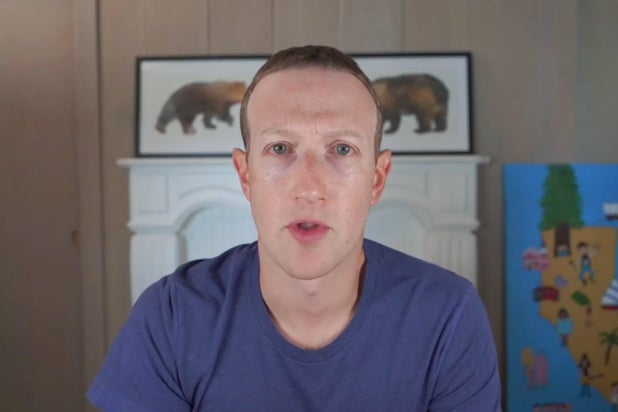 “After January 20, he’s no longer an elected public official, but … he’s still going to be a danger to the extent he spouts disinformation and falsity,” Sylvain said. “So I assume that they’re going to take this stuff down and permanently block him, but it’s tricky because he will still remain a public official if he decides to run for president (in 2024).”

“The only reason that Twitter was posting labels on Trump’s account is because he’s a public official. The problem with intermediaries like Twitter and Facebook is that falsity and disinformation proliferates through bots and through generic laypeople users,” Sylvain said. “Do they have a plan for that? I don’t know.”

Polgar, who is also a member of TikTok’s content advisory council, said social media companies need to be transparent and equitable in how they enforce policies with all users — Trump included. “This is like their crucible moment,” he said. “If Trump continues with his behavior and they don’t deplatform him, Twitter could also undercut all their other messages around content moderation and around cracking down on hate speech and violence. So you want to make sure that you’re still treating people equally.”