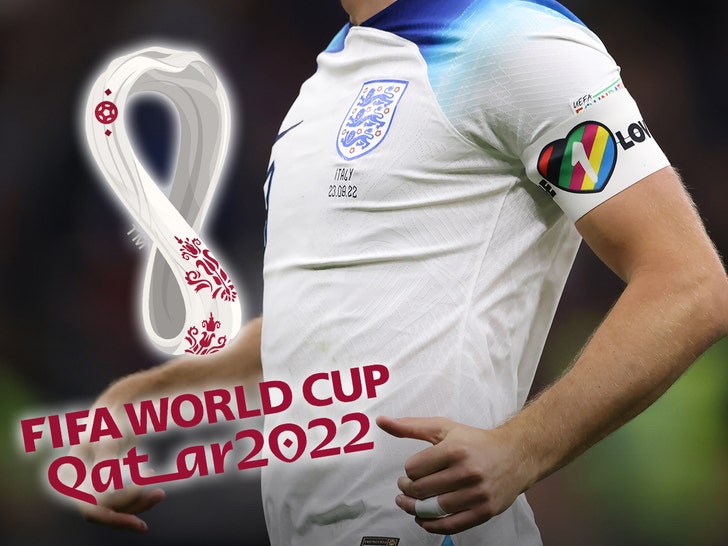 The World Cup teams expecting to wear rainbow-colored armbands promoting anti-discrimination have now backed out of the plan … after FIFA warned the squads they would face punishment for donning the pieces.

Several players from England, Belgium, Wales, the Netherlands, Switzerland, Denmark and Germany were all scheduled to help promote diversity and inclusion in Qatar, where homosexuality is illegal, with the markings on their jerseys.

But, after FIFA threatened to issue yellow cards during games over it all, the teams announced Monday they would not go through with the plan.

“FIFA has been very clear that it will impose sporting sanctions if our captains wear the armbands on the field of play,” the teams said in a joint statement.

“As national federations, we can’t put our players in a position where they could face sporting sanctions including bookings, so we have asked the captains not to attempt to wear the armbands in FIFA World Cup games.”

The teams said they were prepared to pay any fines … but when the potential of yellow cards and even ejections came into play, they backed out.

The squads called it all “frustrating” … adding that their “players and coaches are disappointed.”

“They are strong supporters of inclusion and will show support in other ways,” they wrote.

FA Wales officials added in a tweet early Monday morning that despite having to pull out of the armband movement, “we remain with the belief that football is for everyone and stand with our LGBTQ+ members of the Welsh football family.”

At least one of the armbands has made its way to the pitch, however … BBC reporter Alex Scott was seen on Monday wearing it during live hits from one of the early morning games.

Joshua Bassett Comes Out – And Social Media Does Not Approve!