Alexa Nikolas is sharing her truth.

The Zoey 101 star penned an open letter on Instagram titled “Groomed by the Groom,” in which she accused her ex-husband Michael Milosh, best known for his R&B project Rhye, of sexual assault, physical abuse, and financial manipulation, and claimed the performer groomed her starting at the age of 16.

According to the now-28-year-old actress, she first reached out to Milosh in 2008 during an LSD trip in an Iowa cornfield while working on the TV movie Children of the Corn. She recalled in a 2018 interview with Verse:

“After my acid trip, or actually during it, I looked Milosh up and decided to send him a message. The message read ‘Hi my name is Alexa. I like your music. If you’re ever in Los Angeles, I’d love to see you play.’ Two minutes later he responds ‘what’s your phone number’ and within a minute of responding I get a call from him.”

In her recent post, the Nickelodeon alum reveals she and the musician stayed in touch during the years she was still underage, although she rejected multiple invitations to meet in person. She says of their conversations that took place before she turned 18: 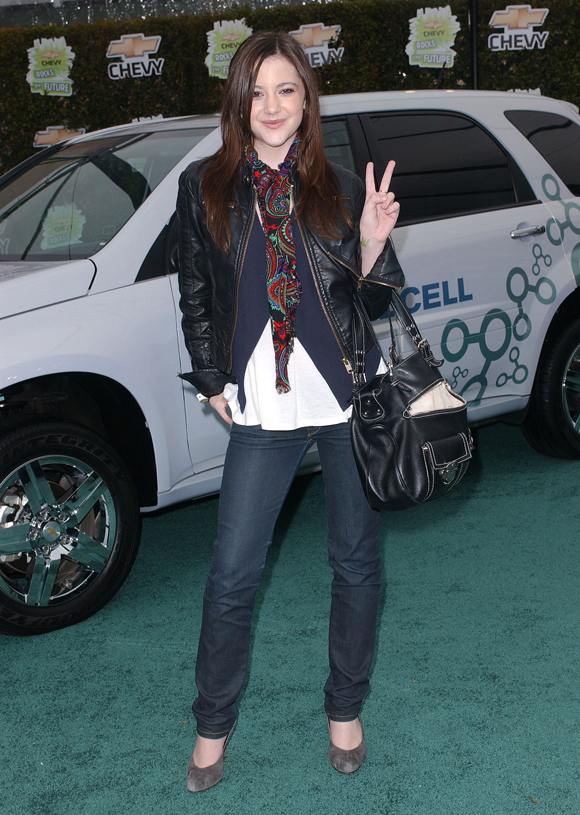 Alexa says she finally accepted Milosh’s request to meet up on her 18th birthday, after “he called me and asked me if I wanted to come visit him in Berlin, Germany.” Not only did she agree to fly out to see him, the teen also sent Milosh money to rent an apartment for them to stay in.

It wasn’t until later that she had reason to believe he had asked for more than was necessary and used the money to pay rent for an apartment he shared with his then-girlfriend.

The former child star alleges Milosh raped her the first night she landed in Germany. She recalls:

“My first sexual experience with Milosh was the first night I arrived in Berlin. I was 18 years old and he was 35 years old. I took a shower and was on my period, which I remember feeling good about because I didn’t want to sleep with him right away. I wanted to postpone sleeping together so we could get to know one another.”

She says the musician played some music for her and asked her to get naked. She continues:

“I told him no, I’m on my period, and I don’t feel comfortable. He responded saying he doesn’t care about having s*x while a girl is on her period. He also said he likes the taste of blood. I remember feeling very uncomfortable but I was attracted to him and I did not want our first sexual experience to be spoiled… I did not respect my no and neither did he.”

After Milosh repeatedly told her to “relax,” things escalated physically. She recounts:

“He began to press his thumb into my ass. I told him no, that does not feel good, and he said to relax and to trust him. I remember a tear coming out as he was looking down at me.”

Alexa remembers she started “silently crying,” but did her best to “trust him” and to do as he said during her trip to Berlin.

Days later, Milosh allegedly wrote a song about Alexa, and even titled the tune using a reference to the fact that their courtship began when she was underage. She explains:

The pair’s relationship was long distance from 2010 into 2011. At one point, he offered to come visit her in El Lay but claimed he was “short of funds” — so she bought him a plane ticket, only to find out later that his trip would actually revolve around a previously planned music video shoot. 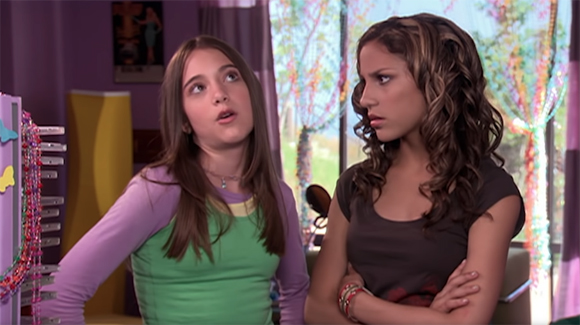 Around this time, Alexa says she learned some incredibly disturbing facts about Milosh’s songs: some of them contained recordings of women he had s*x with — including the time she pleaded “no” before he allegedly raped her. She says:

“In one of his songs “Don’t call it” he used the sound of me saying ‘No’ and reversed to saying ‘On’. This is one of many examples of Milosh bragging about sexual violence and exploiting women in his music.”

The actress claims that Milosh also used recordings of two Japanese women whom he bragged about getting drunk and having s*x with. She noted:

“I doubt he got consent because they did not speak English and they were intoxicated.”

When they moved in together around 2011, Milosh allegedly emotionally abused her and displayed violent tendencies. When she became upset, “he would react by punching the refrigerator and candles. Creating multiple dents in the fridge and even hurting his own hand in the process.”

Milosh asked Alexa to marry him when she was 19. She said yes but years later found out that his label threatened to drop him if he didn’t acquire a US artist visa or green card. She now believes the proposal was an attempt to become an American citizen so he could tour in support of his 2013 breakthrough album Woman.

In 2015, Milosh allegedly confessed to raping a Jamaican girl when he was in his 20s, which sparked a panic attack for Alexa. She started demanding that he reach out to the woman and apologize — and had another anxiety attack a few days later. She claims to have “pushed a swifter on the floor,” after which “he charged at me, picked me up, pushed me on the couch, and pressed his forearm into my throat and continually screamed ‘shut the f**k up, shut the f**k up, shut the f**k up!’ I couldn’t breathe.”

Nikolas says she finally started to understand the toxic nature of their relationship after seeing a therapist. She filed for divorce, and after a three year legal battle, during which Milosh allegedly pressured her to sign documents without her lawyer present, she was free.

After her Verse interview in 2018, in which she made the revelations that they had started talking when she was just 16, Milosh and his press team allegedly tried to get the interview removed and fired a nasty harassment campaign at her and the publication. On her IG, she has documented several emails and texts from that time that support her claims.

The Chicago native concludes her letter by urging her ex to change for the better. She writes:

“To this day I think he was grooming me since I was 16 years old and I think he got everything he wanted out of that situation, he got financial support as a struggling artist, a green card to continue his career, notoriety, and s*x. To this day I still suffer PTSD from that relationship, even doubting my own sanity on some days. Creating this open letter has shown me that I’m not insane. My wish to Milosh is for him to experience a profound metanoia and renounce all of his disturbing ways.”

We applaud the new mom for speaking out, and hope this letter allows her to heal. Read it in full (below).

And a PS from Tuesday afternoon, in which she shares some of the messages from other people coming forward who also had bad experiences with Milosh…