AS if 2020 couldn't get any more confusing – Tesco is selling Marmite-flavoured houmous.

The new dip costs £1.50 a pot and is made with cooked chickpeas, tahini sesame seed paste, lemon juice and garlic – and of course, Marmite. 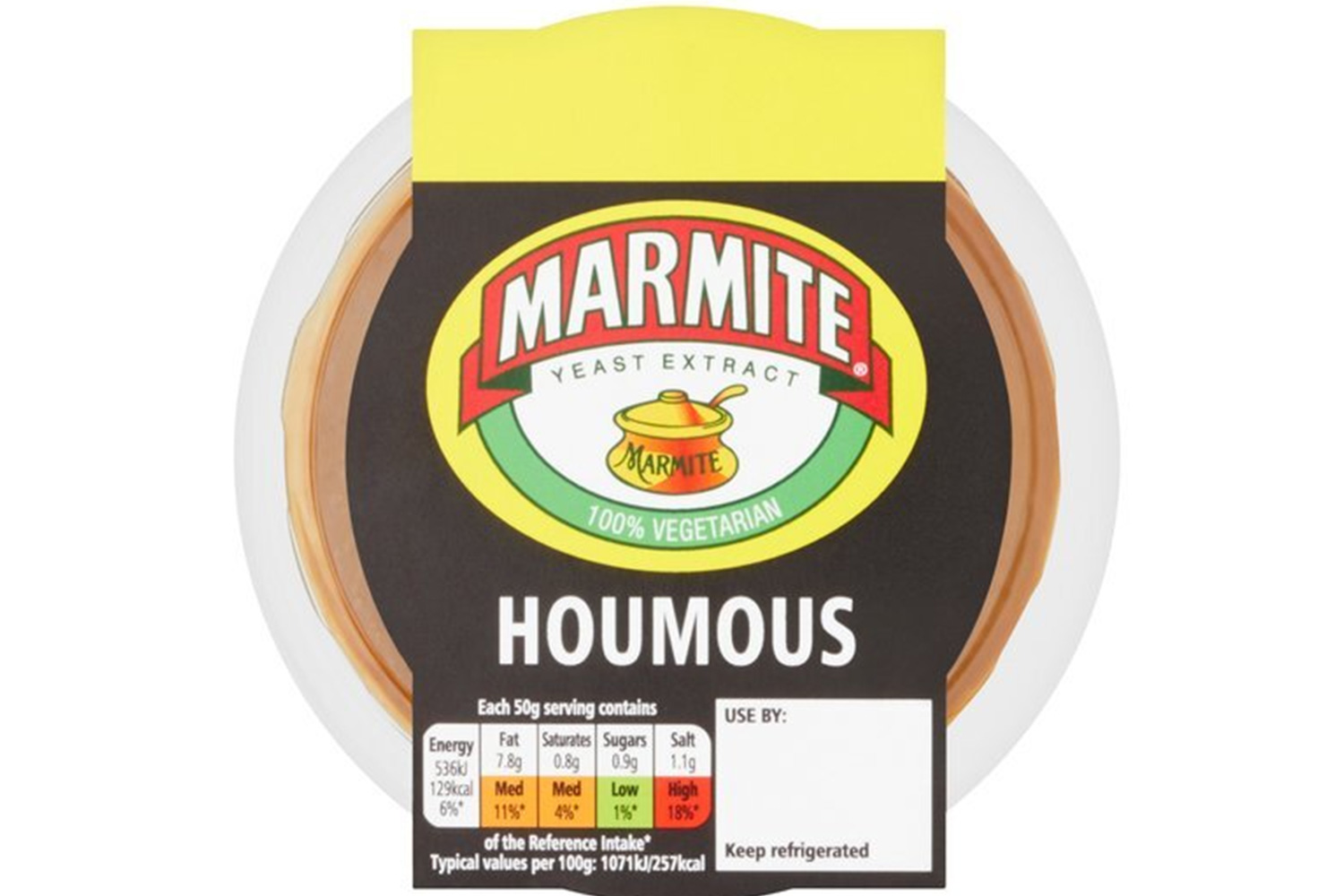 You can now even buy Lynx Africa bodyspray that's been infused with the smell of Marmite.

Now, to divide the nation even further, Unilever – the brand behind Marmite – has developed a yeast-based dip.

It comes after a fan tweeted a photograph of their "lunch of the gods" back in March – two slices of toast smothered in Marmite and houmous.

The brand retweeted it with the caption: "The Marmite combinations are flooding in. Marmite and houmous anyone?"

Predictably, the latest foodstuff to be made with the love-it-or-hate-it spread has divided the nation.

Jojo wrote on twitter: "Marmite houmous? Not for me, thanks. As much as [I] like Marmite, that combo makes me feel [sick]."

Vickie said: "Who in the world would want it?"

While Helen agreed writing: "My thoughts exactly! I love houmous, but adding Marmite is just wrong…"

But Marmite lovers were quick to defend the new concoction, with one fan going as far as to call it a "game changer".

Another fan praised it as "the best thing I've tastes all day. Houmous just became palatable."

If you fancy tucking into the dip you'll have to head to Tesco as it's not available to buy anywhere else.

You can already buy it online and being rolled into stores over the coming weeks.

Tesco charges between £2 and £7 for its online delivery slots and there's a minimum spend of £25.

There are almost 4,000 Tesco stores across the UK – you can find your nearest one using the locator tool here.

Tesco is scrapping its cheap delivery slots as part of a massive shake-up of its online shopping fees.

It also Tesco recently got rid of its one-way systems and increased the number of people allowed inside stores as it begins to ease its coronavirus restrictions.

We've rounded up all the rules and limits that you have to follow at supermarkets including Tesco, Aldi and Lidl.